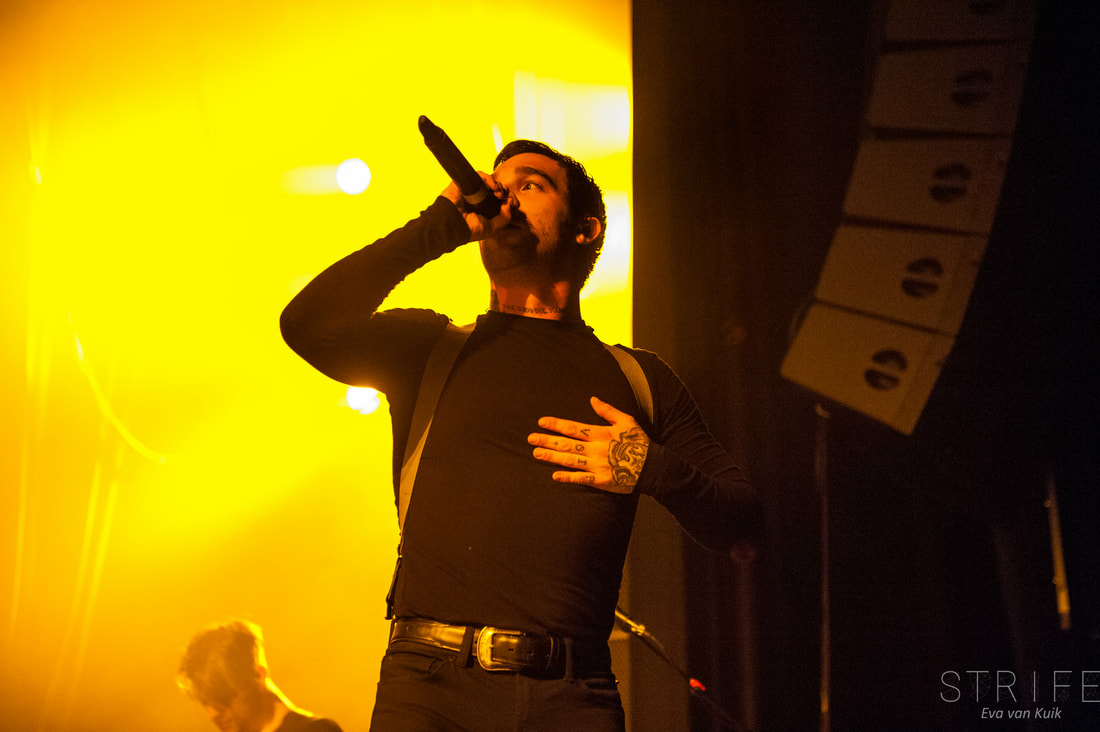 Just after the release of the single "Kill The Sun", we had the honour of sitting down with Cane Hill vocalist Elijah Witt to discuss the band's current tour with Bury Tomorrow, as well as the upcoming semi-acoustic EP "Kill The Sun". The single has received incredible praise and we sat down to get the scoop on the entire EP. Here's the brutal and honest truth behind the nu-metal band and their new music. 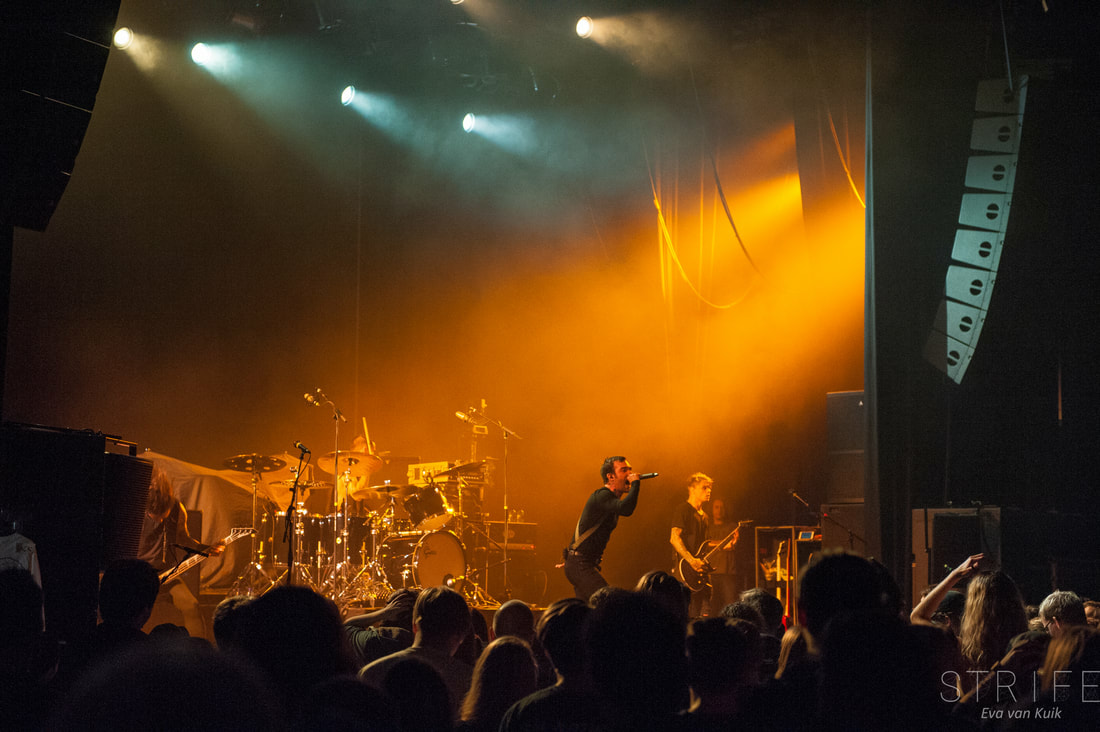 First of all, how are you?
I’m good, that was a really good show! I never know what to expect when coming to foreign countries that we rarely come to, but that was awesome. Ever since the tour with Motionless In White we’ve been getting better. Whoever does our sounds has been killing it, he’s insane so you know he’s good.

You released an incredible new track last week, “Kill The Sun”, can you tell us something about the new music?
It’s something we wanted to do for a long time, we’ve always experimented and wanted to experiment with the softer side of things. This time after “Too Far Gone”, we honestly had a lot of things still pent up inside of us that wasn’t rage, it was sadness or loss. This feeling of emptiness and “Kill The Sun” itself is the centerpiece of the entire EP in my head, at least lyrically.
There are songs that are shifting blame onto other people for things that were honestly my fault. There are songs about changes in relationships and why they change and “Kill The Sun” is this very pivotal part of the EP where it’s like “I’m now where that I do this to myself” and I have set myself up to a position where I ruin my own life and my own happiness for whatever reason.
That’s been kind of the staple of our music so far and I think that I really fucked myself when I was doing that and I definitely went on this self-destructive path.
“Kill The Sun” is the only song on the record that doesn’t have real drums and we did that on purpose to kind of strip down everything into a very simple song that was able to entrance you in a way that our other songs can’t. So you could focus on the very specific emotion that we were trying to get across.

Will the rest of the EP not be as soft as “Kill The Sun”?
I wouldn’t say that. They’re definitely all semi-acoustic, there’s not much distorted guitar in it, if it even is distorted, it’s very minimal distortion. They’re all definitely softer than anything we’ve ever done before, except for maybe “French 75” and “Why?”. We put the heaviness and the emotion in the lyrics instead of the instruments.

We knew, even before discussing it with each other, we knew that this was something we all wanted to do. When we were growing up, we listened to “Jar Of Flies’ by Alice In Chains, probably more than we listened to te other albums, just because what they were able to capture when they decided to make a pivotal switch in their sound for a minute. We listened to Nirvana “Unplugged”, we listened to Temple Of The Dog, those are all bands that we love and what they do best is writing softer songs that still have an aggressive emotion in them, without necessarily being angry. It’s more very self deprecating, emotionally distraught, the anger is there but you’re not yelling about it. You’re reflecting on yourself and the darkness and the death that surrounds you.
​
So, we knew that we wanted it to be soft and it was definitely a learning experience for all of us as far as song writing goes, but we’re kind of blessed that a lot of our friends and people that we do write our songs with, who have been with us since the beginning, help us and guide us and make sure that what we’re doing is the best we can. Most of them are in pop bands that so happen to love metal as well, so they definitely understood what we were going for and helped us get our music to where it needed to be and showed us how to enhance what we already had, so it was such a good experience. 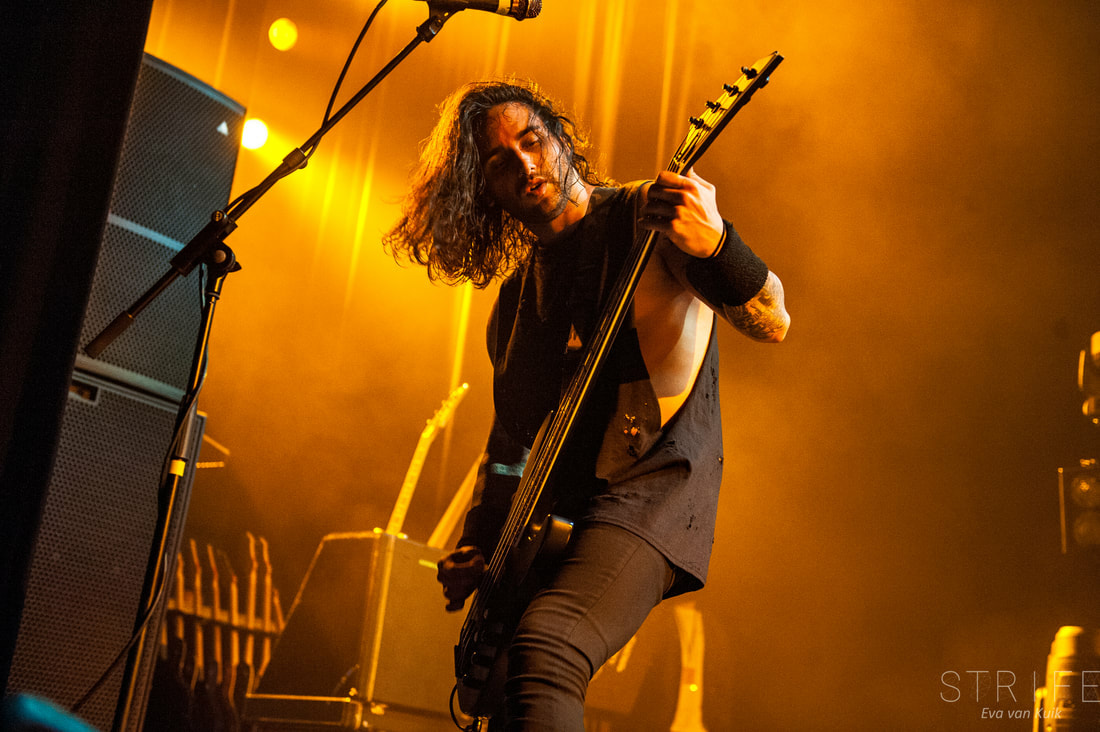 Your listeners are responding very positively, how does that feel?
Shocking! Not what I expected, I mean we’ve had this EP done since summer, we’ve been getting it mixed and matched ever since then and we’ve been kind of sitting and waiting to release it to people, not knowing what anyone was gonna say. We knew there were gonna be people that were like “This is fucking shit, where is the yelling?”. I still see comments “Ehh.. are the rest of the songs gonna be like this..?”. Well, you can read the statement we made, yeah they are gonna be very similar to this. If you don’t like it, cool, I’m sure the next thing we do is gonna be heavy, so to all the people that aren’t happy with what we’re doing, (which does seem to be a very small number comparatively, which is super sick,) we’ll probably put something heavy out after this, this is just mixture for us. ​

To all the people who love it, we are super grateful, absolutely blown away by how much people are enjoying it. We were hoping that it would find a way to capture a fanbase that we hadn’t touched yet, the people who don’t like metal or who don’t like metal yet because they haven’t been exposed to it. You have to understand that in America, metal is out of the mainstream, heavy music isn’t in movies or in video games or on television anymore. It’s been very restraint by modern media over there. I assume because it got too dangerous and the government does have a way of influencing the media to put restraints on things that they find dangerous. We had Panthera and Limp Bizkit having festivals destroyed because they said “Break shit”. That doesn’t look good in the American heavy handed eyes that control what we get to see and hear. Pop music is pop music because it’s pushed on you, because people make it pop music. You can listen to something enough times to make you like it, just because you’ve heard it so many times. They’ve taken that away from metal, they’ve taken away the exposure. If we want to bring people into this metal world, we have to make something more digestible for them to enter through it. If you listen to “Kill The Sun” and you keep listening to our music on Spotify and when you get to the heavy music, at first you don’t get it, but then you listen to it again and you’ll find it interesting and at the end you’re f*cking pissed off just like us, haha. “Now I get why motherf*ckers like metal”. So it’s our way of trying to get more out of where we are, because it is a very restrictive and elitist genre. A genre where people who like heavy music only like heavy music.

So yeah, to get back to the question, we were definitely shocked, because we thought we would get more shit.

So, just being with somebody who loves tones and loves finding exactly the right sound even if it takes 3 hours of diddling on f*cking paddles and has all the amps in the world and all the guitars in the world at your fingertips and he’s a drummer, which is great because Devin has always had a problem with recording live drums with people and coming from our background the live sounds give you the correct emotion that you can’t create on the computer. It was an absolutely amazing experience working with someone who was so down to do the work with us and go working from 11am to 1am without taking any breaks and just slay it with us.

We care so much about the work we put out and we want the producer to care just as much because at the end of the day, it’s his name attached to it as well. It’s his work and if it’s not up to snuff we really don’t want to put it out. We have had long periods of time of arguing with people about what’s not right with the record and they were like “It’s fine”, but no they don’t get it. If you do these little things, I swear to god, the album will be way up here instead of down there as far as quality. Working with him on the softer stuff and figuring out even how to do it, because it’s all so new to us, it was a breathtaking experience.

Cane Hill's semi-acoustic EP "Kill The Sun" will release tomorrow, after which the band will hit the road supporting Sevendust throughout the United States of America. We absolutely adore the EP and cannot wait for the release. Watch this space for the second part of our chat with Elijah Witt, 'cause there's plenty more where that came from!