INTERVIEW: The Starset Society, Touring, Side Projects & More With Starset 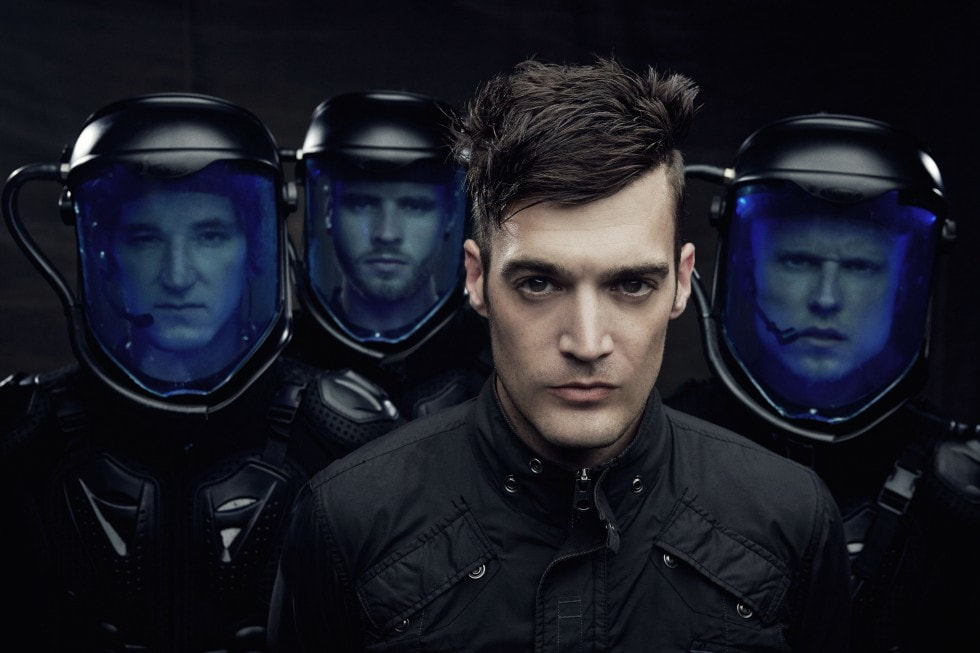 Following the release of their extraordinary new record, Starset once again joined forces with Breaking Benjamin, joining them as support act for their European shows. Prior to their show in Utrecht, we caught up with frontman Dustin Bates once again to discuss the latest record ¨Vessels¨. Starset are known for their very unique and futuristic shows, which is one of the many topics we discussed with the band. Of course, the Starset Society was also among the many topics. Comics, music and science, Bates has a lot to offer! Read about our discussion with him below.

How did you come up with the idea to combine your past in space and science with your love for music and writing?
It happened sort of naturally. I was doing them seperately for a long time, doing research on one hand and playing gigs in bars in another band during college. I got a record deal with one band and focused on that for a while and tried to balance the two. Then I quit school and my record deal fell through and I had nothing. So I realised if I was going to do something with music again, it would be wise to blend the two and the Starset thing came along and it has been magical blending the two. Using engineering skills on stage and being able to use space terms as metaphores in lyrics.

You stated in an interview that “Starset itself was meant to be a public outreach campaign from The Starset Society to start spreading awareness around the themes of science and technology, about futurism and issues that will impact us”. How is that going so far?
Great! We’ve generated a lot of interest in the group and we’re actually creating a new website for The Starset Society that will focus on both the greater futurism narative but also science and the implications of science and tech in the near future.
The website will be going live shortly actually. I’m  also working on numerous projects with The Starset Society to expand that outreach and I’m going to help by doing interviews for a little bit of a show. I can’t really say much, sorry about that, but as I travel with the band I’m going to explore actual science corporations and meet inventers about science and tech. 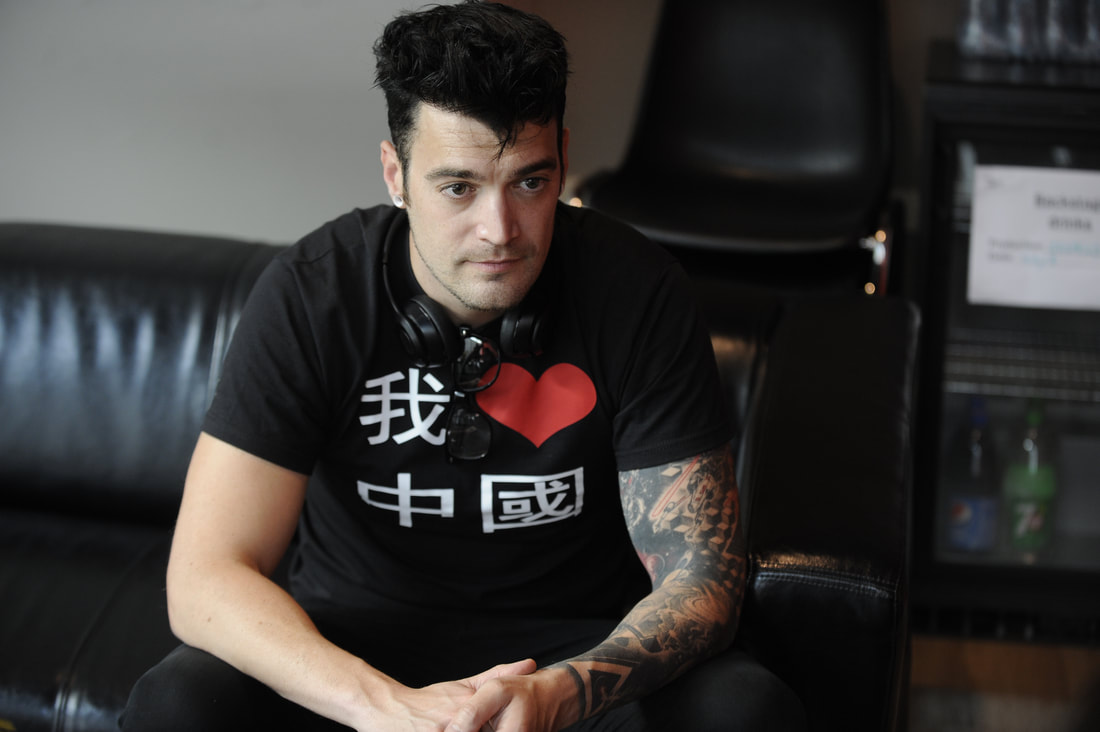 ​This is your second tour with Breaking Benjamin and you said that they are a big inspiration to you and your band. Does this effect your relationship with them?
No, not only are we friends but we are also mutual fans of each other’s bands, so it’s just a great friendship.

You finished your first ever Australian tour about a week ago. How was this?
It was just great. We didnt know what to expect going in a headline situation for the first time in Australia, but it was very well received.
It was also the first time we had a show every day and a flight every day. Just so many flights and so many hours, it took us 21 hours of flying to get to Germany. It was crazy, but fun.
I got some time off and did some exploring. Just like todya, I rented a bike, I wanted to do it like the Dutch.

Especially the show in Adelaide, since you taught in the space program at its University and did engineering work there, was this show special?
It was weird to be back. Last time I was there I just finished my undergrad and I was the youngest person at that school, that time was crazy and fun and I probably drank too much, so the be back was weird. It was cool to see the similar sites, the first time I was there I had my acoustic guitar and I did some coffee shop shows and open mic nights and I jumped on stage drunk with a cover band and played Pearl Jam and I had this dream to have a succesful rock band and to come back all these years later and see things have switched over to reality, that was crazy. But unfortunately, it was the last show so I was just toast. 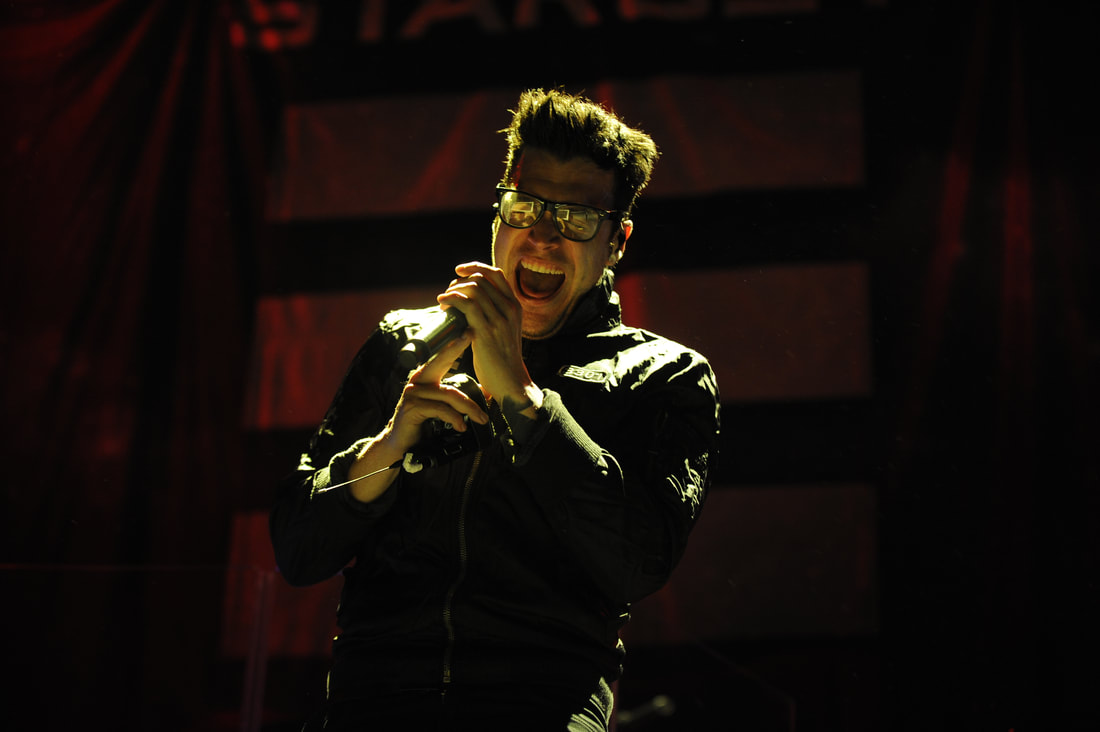 ​How is the reception in the US?
It is always growing, one thing that’s really funny is that our growth here is doing better and better but were growing as a global band.

When are you coming back to Europe in a headliner capacity?
Next year! There might be two next year, one supporting maybe but definitely a headliner.

We saw a description of ‘Vessels’ online which stated the following: “on the album Bates becomes the deux-ex-machina in an age of information overload that is increasingly complex yet ultimately human”. Would you say this description is correct and how would you describe the album in your own words?

Yeah, it is accurate. The album is more dymanic, more metal, more pop than the last record, it is more like a journey than the first one I guess, which was fun to write.
It was an exploration of new sounds. I can’t wait but I’m also terrified of writing the next one.

You were contacted by the President of The Starset Society, Dr. Aston Wise, to promote the organization’s message, right? Have you ever heard from him what the thought of your way of spreading the message and what he thinks of Starset’s growth in the last years?
Everybody at The Starset Society is super proud. As far as outreach campagins, the band has been the most succesful. There is a comic book deal with marvel that might become bigger but as of right now Starset is the biggest, so everybody is really proud and I think we’ll hear from Aston in the near future.

How did your book do?
Pretty well, it wasn’t published on a grant scale. There is gonna be a second novel as well.

Your album ‘Vessels’ has been mixed by Ben Grosse, producer and mixer of many huge artists, such as Marilyn Manson, Disturbed, but ofcourse also Breaking Benjamin. Was this a factor in the decision to let him mix the album?
No, I knew what he was capable of because of bands like Breaking Benjamin and Marilyn Manson, but I would say the main reason was his great relationship with producer Rob Graves.
What I wanted to gain from him were his big courses and big drums but he was also open to pushing it a little further into anoter place with Starset and allowed me to come in there and make changes with him and I felt like I was making him insane bugging him about changes.
Getting that blend between electronic and rock and cinematic, he had done that before, so I could tell what his approach would be.

Are there any small artists that you would like to recommend?
What I’ve enjoyed listening to lately is progressive rock, I’ve been working on a side project that is progressive rock so yeah, more stuff I’m doing, but they’re not exactly small, Northlane and bands like that.
Also a couple of acoustic guys too.