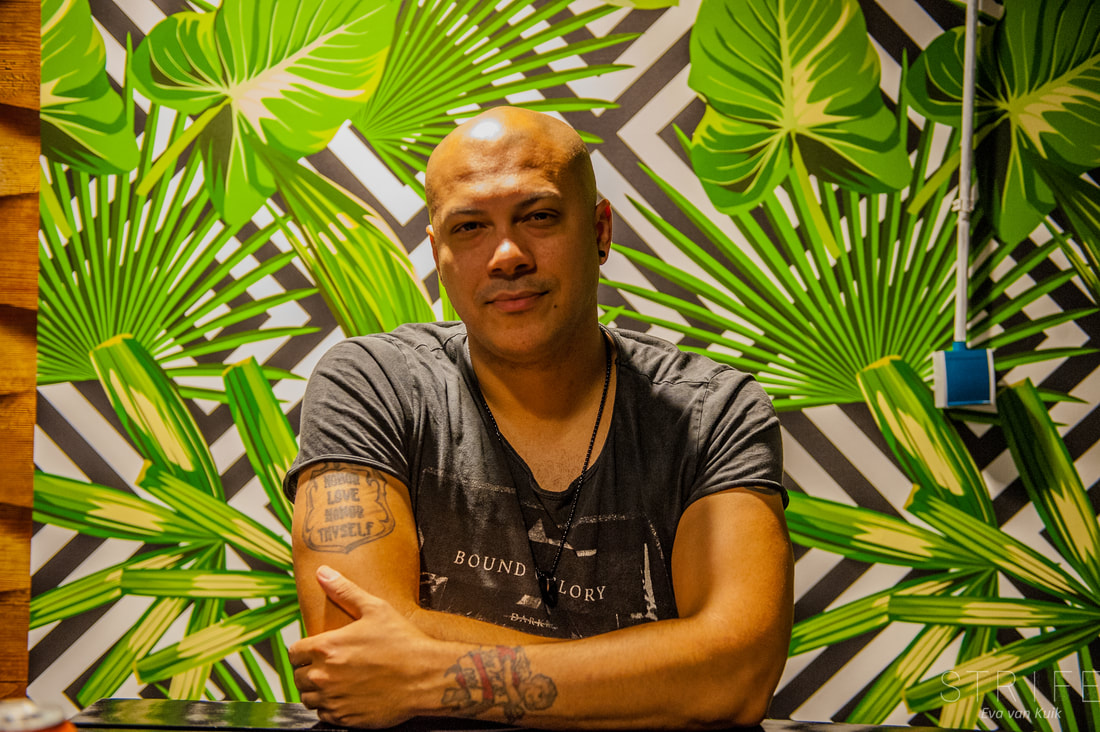 Before they opened for Three Days Grace at 013, Tilburg, we sat down with Doc Coyle from Bad Wolves. We talked about how they have been touring pretty much non-stop this year, their latest record "Disobey" and of course, their cover of The Cranberries' "Zombie".

​Check out our lovely chat below.

Q: Thank you for doing this! How are you?

A: I’m well. We got into Tilburg last night and I slept a lot, I think I needed that.
This venue is really nice and they had lunch and coffee for us. I heard the show tonight was sold out, so that’s already the biggest so far.

Q: How have the shows been so far?

A: Great, we’ve done just the UK, we did 7 shows in 10 days and most have them been sold out or close to it. Really nice crowds and great crowd responses and we came in not knowing what to expect. The single has had a lot of success in Europe and our album charted fairly well, but if you’ve never been there, you never know until you have.

Q: What was it like touring with Five Finger Death Punch in the United States?

A: Massive! It was a co-headliner with Breaking Benjamin and they would switch about every night. Average attendance was probably 15/16.000 people every night. It was really big and outdoors and then you have seats in the front and then a small pit and then a giant long in the back. A lot of the major tours happen there and this is the first time I’ve done a tour like that on such a stage.

Even though we were playing first and were playing to 60 or 70 percent of the crowd but it was still a lot and a great tour. It was long, about 2 months, so it definitely took its toll physically, you’re right in the sun so it’s 100 degrees but it was the best tour we could have been on.

It also gives you energy that the crowd is responding so great, by the end when we play “Zombie” people are really into it, because everyone knows that song so there is at least one song that everyone knows. 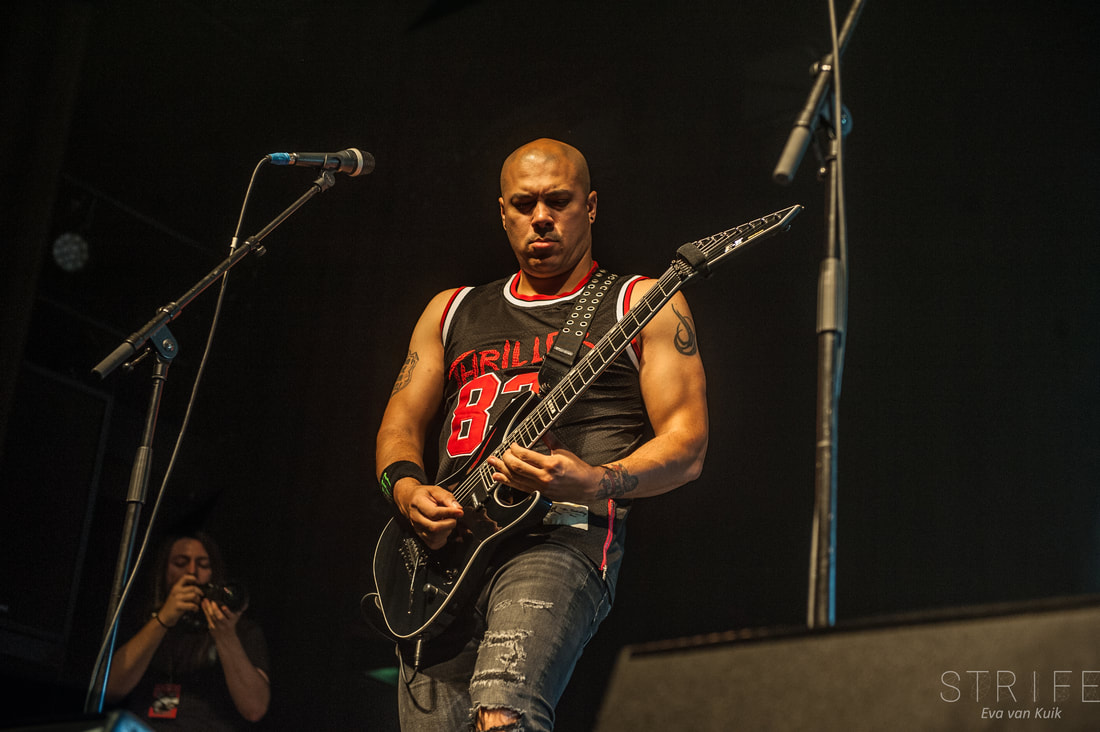 Q: With the “Zombie” cover and the debut album “Disobey” that followed, you guys have seen massive success. Can you describe how it felt when your band first picked up steam and to have a single top the US Billboard Mainstream Rock Chart?

A: It was mind blowing and completely unexpected. All of us come from more underground extreme metal background so we’re used to grinding it out and starting very small and building. We’ve never been in the world where we could even have a potential radio single so when that happened it took us all by complete surprise.

We knew the song, the version of “Zombie” that we did was really good and people would definitely connect to it but I think what makes it special is the era we’re in now because of social media.

You put something out there and it just spreads itself whereas back in the day, the way radio stations work is they have to be told to play something and there is a hierarchy so the song hit number 1 on iTunes in America a couple months before it hit the top of the radio because radio is simply just slower.

But even though, it was incredible and exciting, it was also very sad because of what happened to Dolores and I try to always remember that and understand that even though the song sparked, someone died. It’s bigger than all of us, so I try to stay grounded and always keep it in the back of my head and always stay grateful. 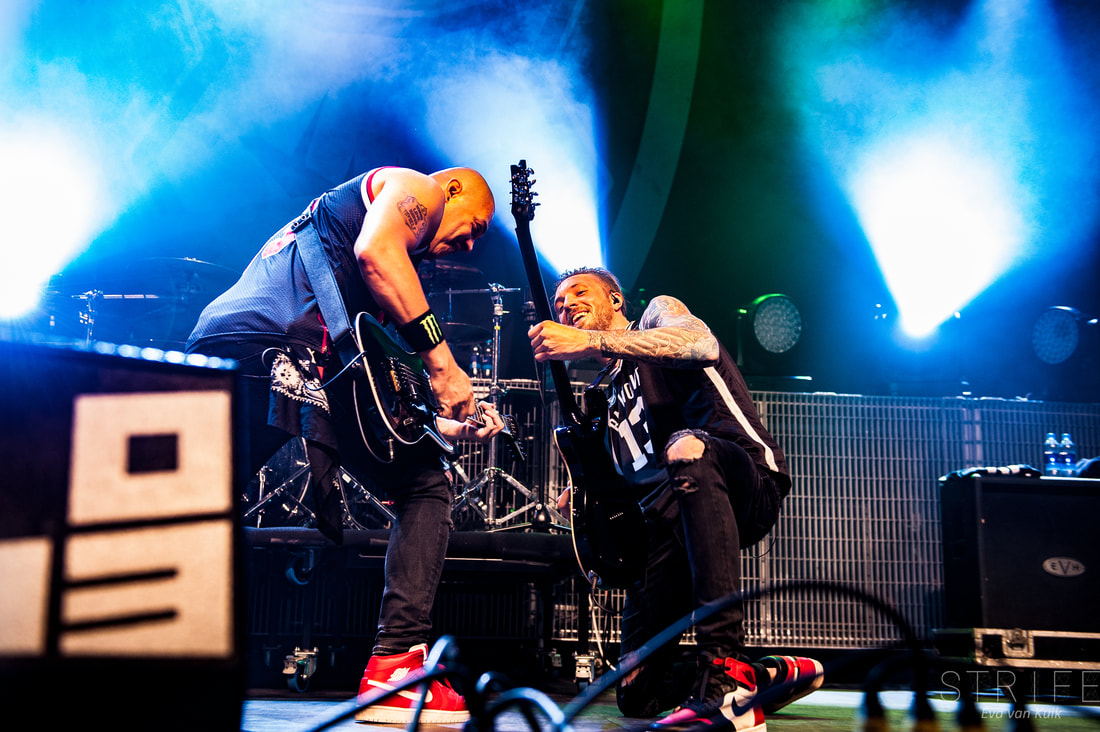 Q: Do you think it helps that all members have already been in different bands before?

A: The main thing it helps with is the live show. We didn’t have to have a meeting, everyone knows what they’re doing and how to perform and how to present themselves. All that stuff was unspoken and that helps. We also know how to exist on the road, because this lifestyle is not for everyone. So everyone understands the sacrifices and that is a big advantage.

Also, a lot of our fans are familiar with our previous bands and that created an audience at the beginning and that is and advantage.

Q: Some bands with a rise as quick as yours speak of a certain disbelieve, has it sunk in for you yet?

A: I think the most difficult thing is people see us play an arena and they assume we are wealthy beyond means, but the truth is if you’re starting a band it’s still an adjustment financially and we are still struggling on that point. So internally the frustration is that you have to have patience. Even though things are going well, but not all the benefits have arrived yet.

Because things were going so well, we just had to go go go.
We toured pretty much this entire year, 4 US tours, a European tour and a Canadian tour with only a couple of weeks off.

So we have to get to this grind and it is difficult, because you’re away from your loved ones and your family and you’re constantly moving. That’s why so many artists go crazy, because of the lifestyle.

So, we know the band does well, but it is not enough.
I also try to take it with a grain of salt, because it can all be gone tomorrow.

Q: The collaboration with DIAMANTE, how did it happen and can you tell us something about how it was working with her?

A: I know Tommy was talking to her and it was kind of facilitated through our label, ‘cause we’re on the same label and Allen Kovac thought it would be cool to turn the song in a duet, ‘cause it wasn’t at first. He wanted a female voice coming on the heels of “Zombie”. The album is very heavy and there were some concerns that there wasn’t enough there to surface some of the people that got to the band because of that song.

So we did a little remix on it and added that vocal and it connected right away. Before it was being pushed to radio, we put out a studio video on YouTube and it got like 10 million views in a month or two.

Sometimes when you know that is working, you just go with it. It was very important to us cause we didn’t want to be the band that did that “one cover song”.

I remember hearing versions of “Zombie” going back a couple years ago and I always loved it and I was so glad that it made the record. It almost didn’t, we were worried that it was too light or it didn’t really fit the vibe but I fought for it and because of its success, it did make the record. 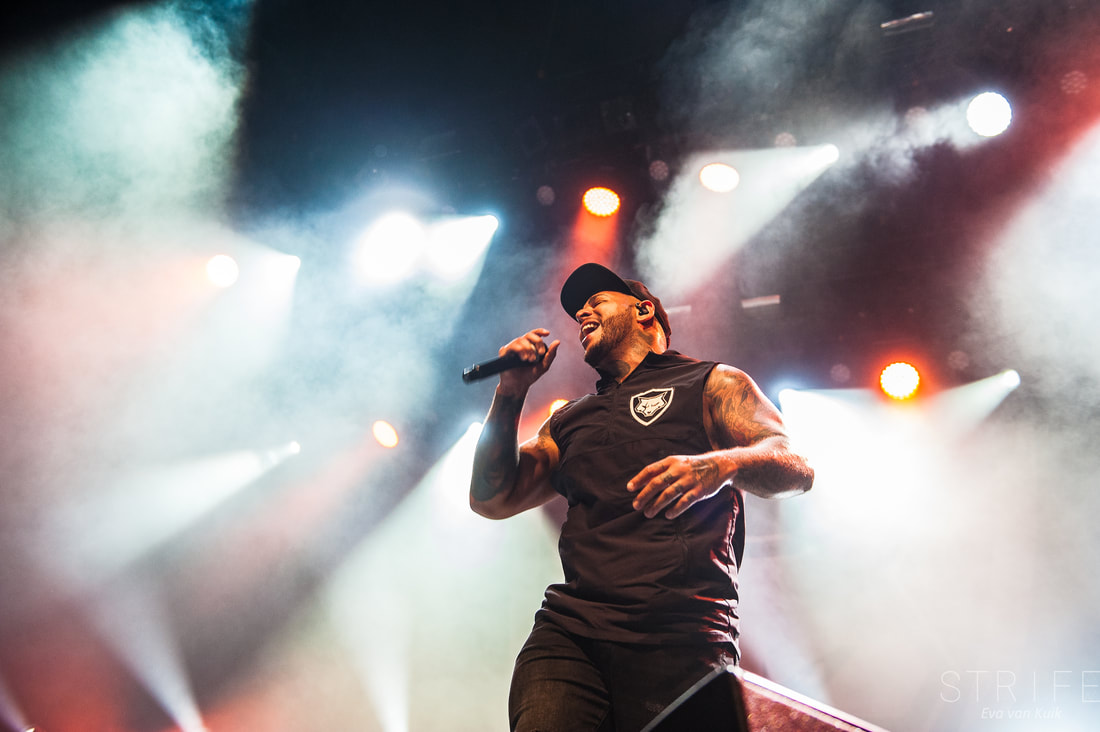 Q: What’s next for you guys?

A: We have like two weeks left of this tour, mostly Germany, Switzerland and Poland. Then we have a week off and then we start the second leg of the Five Finger Death Punch/Breaking Benjamin tour, do that for about four weeks and then we go to Canada with Three Days Grace.

That will take us to right before Christmas. We have another really long stretch and then we start working on a new album, actually we have already started working on the new album but then we are going to write and record it and get everything done and then in February we are going to Australia with Nickelback.

Right now is about getting through this next run. Being here is so important because we want to be a global band. I get how you want to stay in your comfort zone but I think it is really important to get to every part of the world.

Q: If you would have to describe your music in 5 words, what would they be?

A: These questions are the worst, haha. Heavy, catchy, exciting, progressive and … fun?
I don’t know, haha, this is a question that you would have to email me and then I’d think about it for an hour and type it out but on the spot I’m failing so I apologize.

Q: What advice would you give to bands who are just starting out?

A: The main thing is to have something that is uniquely your own. I think the character is the thing that is going to stand out, because there already is so much stuff out there and people are going to want to think “What’s that?”.

There is rarely going to be a situation where you don’t have to put in hard work, but you also can’t force it, cause a lot of people work hard and it just doesn’t work out.

So try to be original and do it because you love it!