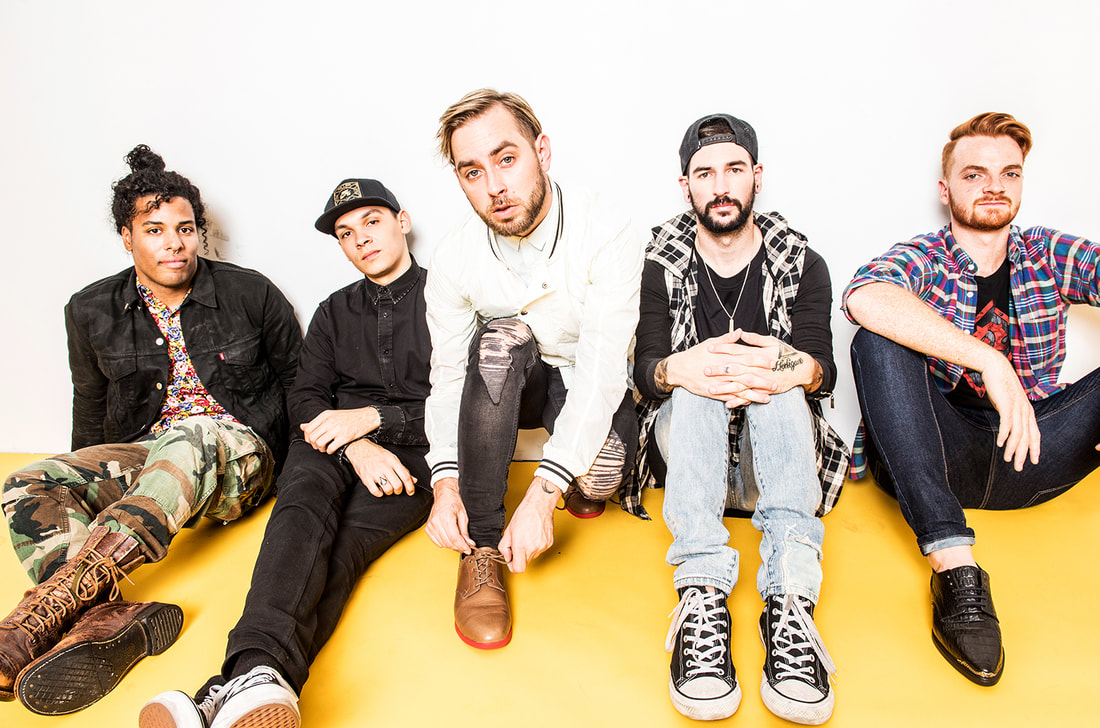 It's been rumoured for a while now, but the news has now officially been revealed. ISSUES' co-vocalist Michael Bohn has parted ways with the band, as a result of creative differences.

In a statement, Bohn shares that he was kicked out, aswell as shares some exciting news for his upcoming musical project:

​"Well, here I am typing up a statement I never thought I'd have to type. There's so much I could say but I'm gonna do my best to keep it short and to the point."

"First off, I want to make it clear that I did not leave ISSUES. It was brought to my attention that the band wanted to go in a different direction and that they would be moving on without me."

"As devastating as this news was and has been these past couple months, I am excited for what the future holds. I am teaming up with Kevin Hanson (ex Woe, Is Me) for my new project. We have been writing for a little over a month and I have no plans on quitting music."

"As for the fans, I cannot thank you enough for the love and support. So much respect to every fan around the world. You have made my time in Issues a dream come true. I've been to places I only dreamed about as a kid and couldn't even fathom that I'd go."

"I have made countless memories in that band that will stay with me forever and learned a lot about life, people, and music. I truly hate that my time has come to an end in ISSUES but I'm going to make the best of it. Sorry we made you guys wait and wonder what's going on but we wanted to be as professional as possible about this. Here's to making the most of 2018! Much love."

In addition, co-vocalist Tyler Carter also shared a statement following the removal of Michael Bohn. Here's what Carter shared with the fans:

​"Michael and I have been a vocal duo since we both got our start in 2008. In no chamber of my heart, did I fathom the idea that we would ever be split up."

"Issues has been a positive home for both of us together. We’ve had our ups and downs, as brothers do, but we have gained so much knowledge, and life from this band. I would never change a thing."

"Though we have a big road ahead of us, and we have no intention of giving up at any point, the biggest hardship in making this decision, is the fear of losing a friend. When you’ve been hand in hand with a musical partner for almost a decade, you can only imagine the heartbreak, anger, sadness, and confusion that you endure after a change like this."

"We as a band are on our way to setting up some of our most positive and creative work to date, and though it may feel disheartening, we will not hold back. I love Michael with every fiber of my being, and never wanna see him give up on the industry, I also never wanna see any of our fans give up on him."

"I know this is going to hit some people hard, but I hope you will focus on the most important part of what Issues has and always will be; the music."

Last but not least, the band has also shared a statement on Michael Bohn's removal.
​Their statement to the fans can be read below.

"To our amazing fans and Hooligans around the world, it is with a heavy heart that we announce the departure of Michael Bohn."

"We are all aware of how the internet rumor machine tends to spin it’s web, but the whole truth behind this amicable yet difficult decision to part is that our band is developing musically in a direction that put us at odds with each other creatively. Though sometimes beautiful in it's contrast, the bigger picture began to be artistically irreconcilable."
"Some of you may know that we as a band are always writing. The past year has been a lot of trial and error with new material, but the demos from these sessions are, in our opinion, undeniable in their potential, and are some of our favorite songs Issues have ever written."

"We found that many of the risks we wanted to take were in turn at risk of being 'watered down' to make them compatible with everyone's tastes and abilities. The quality and sincerity of our art is paramount, so we had to do a lot of soul searching to come to a conclusion that was best for all of us, the entity of Issues, and the music."
"Just to make things absolutely clear: This was OUR decision as a band. No label or suit b-s. This is NOT a move to become a bubblegum pop act. We’re going to continue to do what we always have done, and write exactly what we want. We will continue to play older material and will delegate screaming parts live. Lastly, we have no current plans of adding core members to Issues."
"We love Michael and the experiences we shared in Issues will forever be irreplaceable. We wish him the absolute best with his future endeavors, and he will always have our undying support within his musical career. We believe he will continue to be a voice for the fans, and prosper in his next journey."