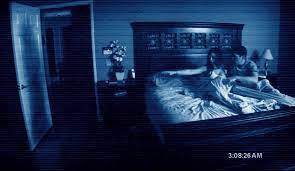 Paranormal Activity is getting a reboot and according to Jason Blum, it is already finished.

He spoke to Collider about the still-untitled reboot and said:

READ MORE: 'Orphan: First Kill' Will Not Be Using De-aging CGI For Esther

So I really encouraged all the creative people involved to think of something new. A lot of people who are going to go see the new Paranormal Activity were 3 years old when the first Paranormal Activity came out, so they don’t even know from those older movies. I thought if you were going to re-do it, you better really re-do it, not try and expand what we did all those years ago.”

The movie is coming to Paramount+ sometime next year.

Are you excited for the reboot? Let us know!