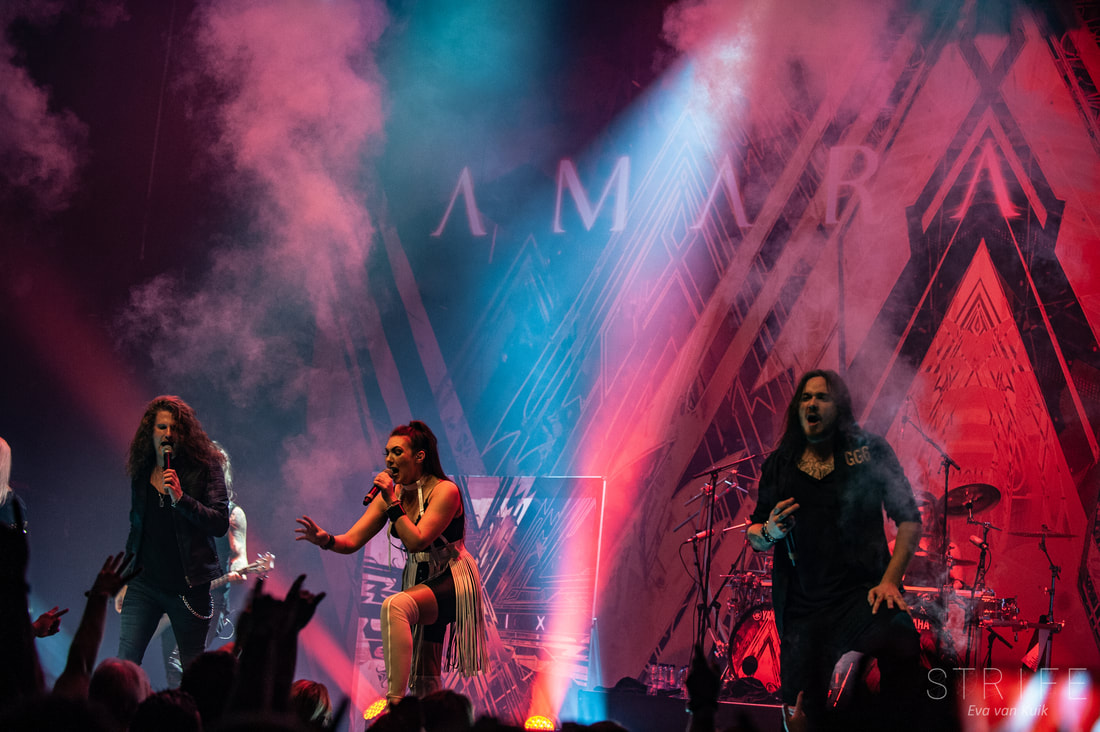 â€‹Melodic Swedish deathmetal, powermetal and metalcore act Amaranthe returned to The Netherlands again for a big headliner show, as where they just visited the country merely 3 months ago in support of Powerwolf's massive trek through Europe.

While the show where they supported Powerwolf was an incredible show, nothing beats a headliner show, especially when it is as big as this one. Amaranthe released their most recent album "Helix" in 2018, which is the latest in a stream of steady 2-year gaps between records, with endless touring in between.

As Amaranthe religiously tries to visit the country once a year, they have the ability to change up the setlist drastically every time they come around to keep it fresh for those who attend their shows more than once (just like us). The Swedish force kicked off their entire tour with the show in Nijmegen's Doornroosje, with an introduction to the concept behind the latest album "Helix", which swiftly transformed into the first song on the 18-song setlist: "Maximize". The rest of the setlist was a mixture of tracks from all the albums, with a undeniable focus towards the latest release, of which they played a total of 7 tracks.

Amaranthe are lucky to have three vocalists, who each have their own expertise, with Elize Ryd being the female voice - and a very beautiful one of that. With Ryd's incredible vocal reach, Nils Molin being the brand new clean vocalist, combined with Henrik Englund Wilhelmsson's screams, introducing the deathmetal into the diverse group of musicians, Amaranthe have something in each song that will appeal to a variety of people. if you came to hear the heavy guitar riffs, breakdowns and screams, you came to the right place, as tracks such as "GG6" will have plenty of that, while if you came to let Ryd's voice guide you, "Amaranthine" will surely enchant you.

The band's show is always an absolute treat, partly because of those three vocalists, who have the time and access to fully focus on crowd interaction, which do well. It goes without saying that the band know their music and play it very well, but the interaction, the choreographed headbanging and the constant attention for the crowd is what makes Amaranthe such a special band.

We are so glad to have witnessed the band's performance once again & are happy to share the photos of the evening with you. All photos by Eva van Kuik can be checked out in the gallery below.