The year 2019 has barely kicked off and we already have our first highlight of the year - Architects took their massive new album â€œHoly Hellâ€ to Amsterdam, to play their biggest Dutch headliner show to date. The release of their album â€œHoly Hellâ€ has once again expanded the bandâ€™s fanbase, who not only adore the band for their increasingly stellar music, but also the bandâ€™s individual members and their support of Sea Shepherd and animal rights. An Architects show is a safe haven for everyone, as the British metalcore giants are known for their supportive and friendly environment, no matter how aggressive the music.

The entire â€œHoly Hellâ€ line-up consists of incredible bands, each from a different continent, each band with an incredibly unique sound and exponentially growing in popularity over the course of the last few years. Opening act from Australia Polaris are one of the hottest newcomers who released their debut album â€œThe Mortal Coilâ€ back in 2017, and have recruited many fans on a global scale, landing them the sweet gig of opening arena shows for Architects across Europe and the UK. Their show is fueled by an undying enthusiasm and killer riffs.

Second on the bill is the incredible Beartooth, who made an impeccable impression with their debut record â€œDisgustingâ€ in 2014, and have only grown with every release since. With a Spotify listenerbase of 1.3 million a month, Beartooth have grown to become one of the frontrunners of modern hardcore/metalcore who have sold out many shows themselves. The crowd was incredibly familiar with the bandâ€™s discography, and the pits were whirling as if the band headlined tonightâ€™s event. 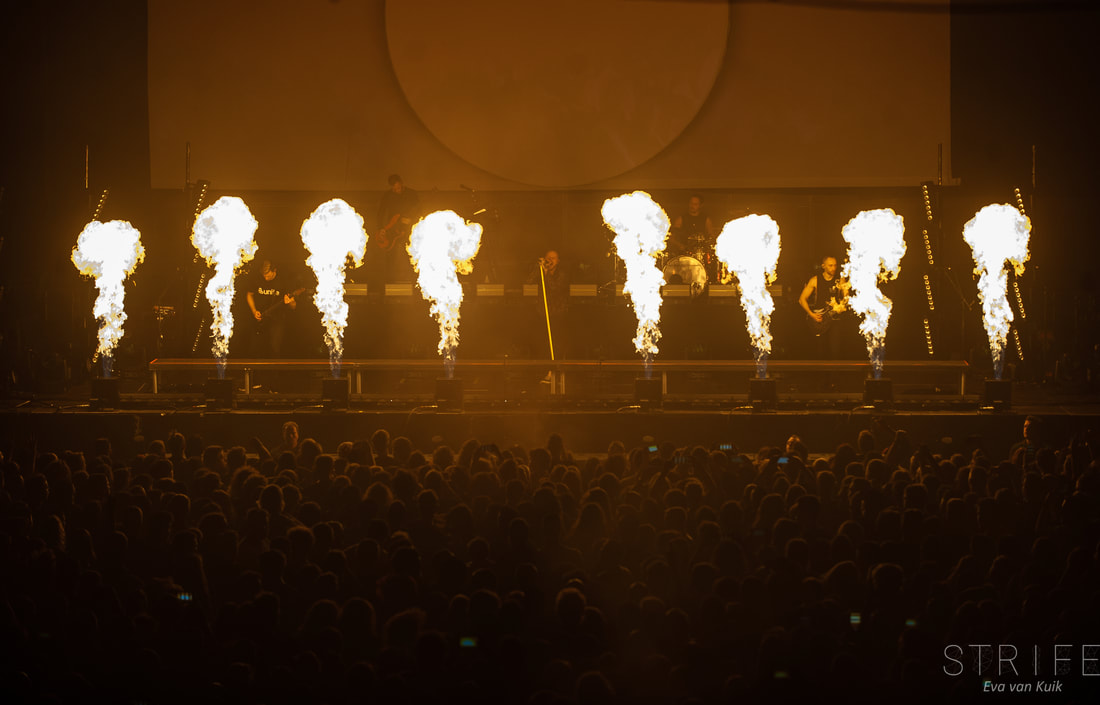 Beartooth currently have three records under their belt, with â€œDiseaseâ€ being the most recent one. The band released this record in September of 2018, which was followed by a ruthless touring cycle that extended into 2019. The band are best known as a gateway drugs for the hardcore music in the scene, due to its catchyness and melodic choruses, but donâ€™t be mistaken - the guys from Beartooth go all in.
Over the years, Beartooth have drastically improved as a live act, making them the ultimate warm-up for a crowd as massive as the one we witnessed tonight.

When we saw Architects last year, the band performed in front of 3000 fans, and the band gave it their absolute everything from lightning to pyro to the bandâ€™s performance, leaving us wondering what they could be improving or increasing for this tour, which has the band playing in arenaâ€™s all over the continent. Turns out, the previous tour surrounding the release of the bandâ€™s 2017 single â€œDoomsdayâ€ could be considered the lite edition of the â€œHoly Hellâ€ tour, with these shows being the real f**king deal. The lightning was increased by a mile and a half, with lasers, strobes and incredible timing. The audio for the show, while too loud, sounded more massive than ever before and the backdrop was gigantic, showing some spectacular visuals to support the bandâ€™s performance. Not to mention the pyro, which is always a great idea to up your performance. 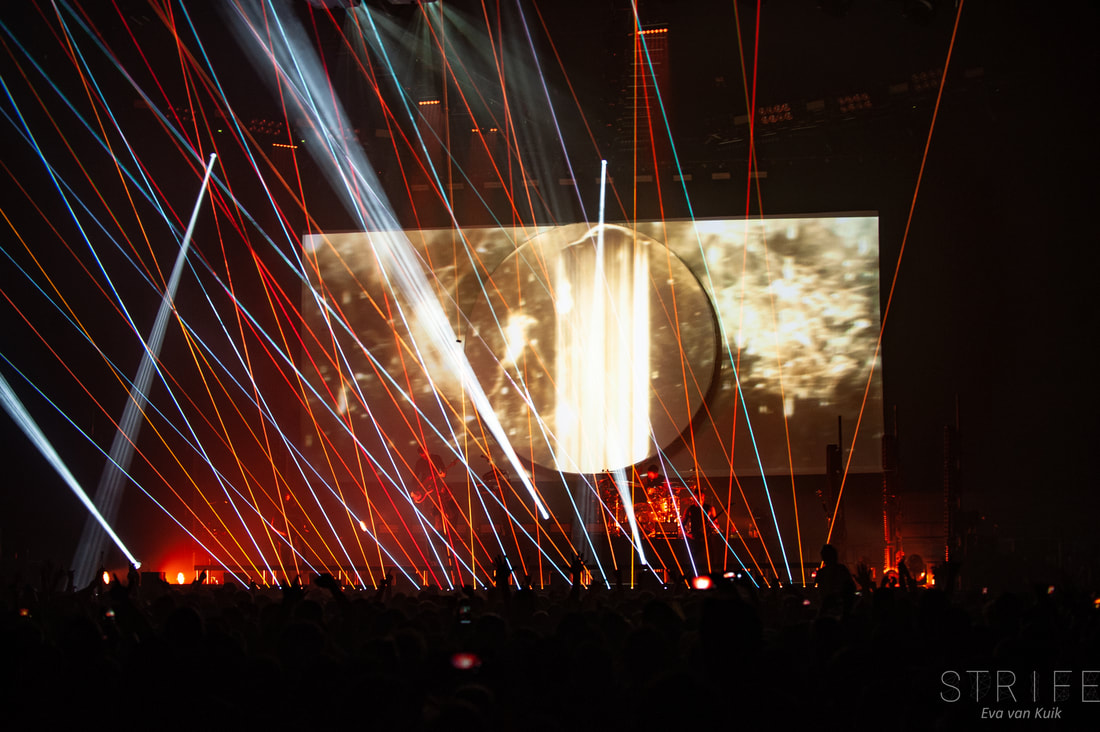 The band have always sounded incredible, but Sam Carterâ€™s vocals keep astounding me at every song. The setlist consisted of 17 tracks from all albums, and this is when you make the realisation that Architects have had so many successful singles throughout the years, that the entire setlist can be blurted back to the band by thousands of fans. With the perfect mixture of pyro, steam, lightning, lasers and backdrops, Architects closed their set with the highly emotional â€œGone With The Windâ€, followed by the bandâ€™s most successful single to date â€œDoomsdayâ€, which was introduced with a confetti cannon covering the fans.

We have seen Architects a bunch of times throughout the years, the first time being in a small venue with a capacity of 500 in Amsterdam, in which they already put on one hell of a show. Between then and now, tragedy struck in the form of the loss of guitarist Tom Searle and two incredible records â€œAll Our Gods Have Abandoned Usâ€ and â€œHoly Hellâ€, which took the band from a popular band within the scene to world domination within years. The â€œHoly Hellâ€ tour says more than a thousand words and is honestly one of the most incredible shows we have witnessed since we started going to concerts. Check out the photos of the night in the galleries below and catch the band on the road.