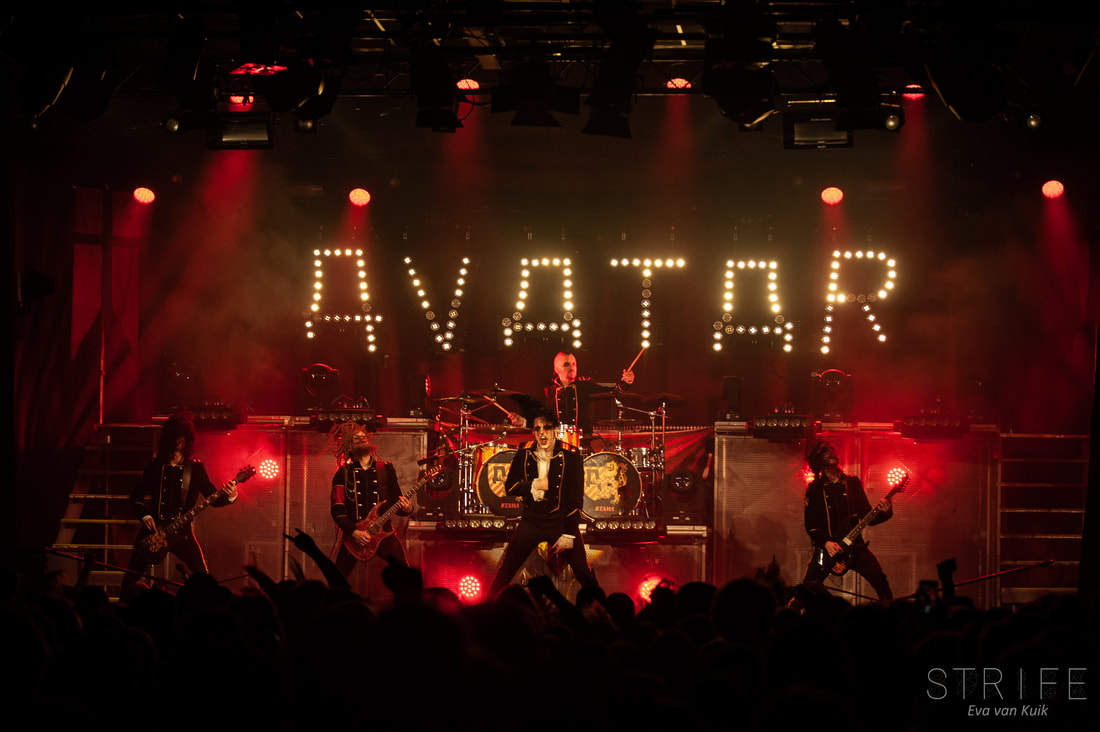 Avatar recently released their new album "Avatar Country", which of course came with its own storyline, its own world and a whole new aesthestic surrounding the band, for both the music videos as well as the live performances surrounding this brand new release.

As a part of the massive world tour Avatar are on, they stopped by in Amsterdam's De Melkweg to perform in front of 1500 ecstatic fans, who were all very eager to find out the beyond impressive stage production the band brought along this time around.

The band kicked off their show with the king of Avatar Country sitting on the throne at the very top of the crowd. He led in the band's performance with the guitar intro of "Glory To Our King", which was followed by a performance of both "A State of the King" & "Legend of the King". After closing out the three tracks revolving around the king of Avatar Country, the throne was taken off stage and the rest of the performance revolved more around the band's discography as a whole, rather than just the latest record.

The band performed admirably, spotless for the length of 18 tracks, which with the track length of Avatar, made for a rather lengthy set. We came in as admirers of the band's aesthetic, not truly knowing what to expect of the band, but we walked out as fans of both the band's music, as well as their incredible performance.

We feel very lucky to have been present this evening to bring you a photo gallery of the performance, to take those who unfortunately can't see the band perform, to give them a glimpse of what the production surrounding "Avatar Country" looks like. You can check out Eva van Kuik her photos in the gallery below!