LIVE REVIEW: Bring Me The Horizon Rage Through Amsterdam On 'First Love' Tour 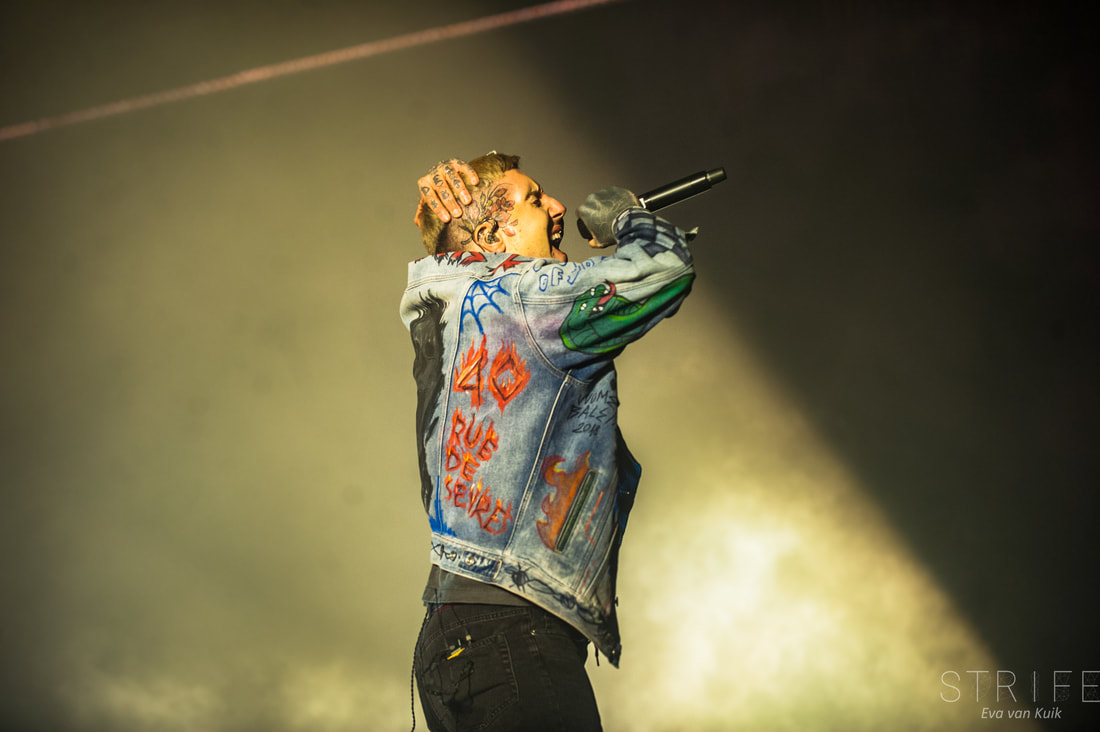 â€‹Bring Me The Horizon made their grand return back in August with the release of their massive single "MANTRA" and the announcement for the band's upcoming record "AMO", set to release on the 25th of January, 2019. With "MANTRA", the band showed a new side of them, as they have with every single release, and continued to do so with the second single "wonderful life" featuring Dani Filth.

Prior to the release of the new album "AMO", Bring Me The Horizon made their new era resolute with a massive trek throughout Europe and homeland United Kingdom. On their quest to greatness, the band performed a stellar show in Amsterdam's AFAS LIVE, as they have back in 2016 following the release of the band's latest album "That's The Spirit". Just like last time, the venue was packed, pit and balcony alike, filled with hopeful fans, unaware but prepared for the immense greatness they were about to witness.

If you've ever seen Bring Me The Horizon live, you're familiar with the band's supreme strength when it comes to stage presence and sound. Every member of the band brings something unique to the table, and combined on stage, this makes for an exquisite and unmatched performance.

Armed with an incredible discography, ranging from the band's early deathcore work, to the album "Sempiternal" that put the band on the map for a whole new legion of fans, which has only grown with the release of the 2015 effort "That's The Spirit", all the way to the new singles, Bring Me The Horizon can and succesfully have taken their show to the next level.

I've seen BMTH perform since the release of Sempiternal, and while the shows I've witnessed so far have been incredible to say the very least, the "First Love" tour has taken the crown. The band took the stage and fired directly into "MANTRA", from which the words were sung back loud and by many. The band continued with a mixture from Sempiternal and That's The Spirit, with a raging moshpit and the occasional wall of death throughout the evening. A few tracks in, the band showcased their most recent release "wonderful life", which translated incredibly well in a live capacity. The band sound absolutely massive live, and the new tracks do it justice and then some.

Yesterday was frontman Oliver Sykes' birthday, and the band decided to celebrate in a very, very special way. Since the release of "Sempiternal" and "That's The Spirit", Bring Me The Horizon have spoken out about their old music, saying that looking back at it, they are not particularly proud of the tracks they have written way back when. Well, proud or not, the band decided to treat the old-school fans to a medley of old tracks from the band's "Suicide Season", debut album "Count Your Blessings" and even the brutal debut EP "This Is What The Edge Of Your Seat Was Made For".

This medley, kicking off with "The Comedown" wasn't for everyone. but those who appreciated it, went absolutely mayhem, full-knowing these tracks are probably never being played ever again. This medley, consisting of the aforementioned and "(I Used to Make Out With) Medusa", "Diamonds Aren't Forever" & "Re: They Have No Reflections" was a real treat for the old-school fans, not to mention quite impressive from the band, given these tracks haven't been played in forever.

The band resumed their original program with the hits "Can You Feel My Heart", "Follow You", the heavy "Antivist" and last but definitely not least an acoustic rendition of "Drown", taken from "That's The Spirit". As the acoustic song came to a close, the band close out the evening with the entire consisting of album opener "Doomed" and the band's biggest hit to date "Throne".

Including the blast from the past medley, the setlist could not have been better and quite honestly, Bring Me The Horizon could not have been better. Obviously the tracks were performed splendidly, but the passion, the vocals and the show have ascended the band to the next level, which will most likely see the band play some festivals as the headliner. I could go on and on about the band's absolutely incredible performance, but photos say more than a thousand words, so check out Eva van Kuik's photos in the gallery below & absolutely make sure you catch the band on the "First Love" tour if you haven't seen the show yet.

Bring Me The Horizon