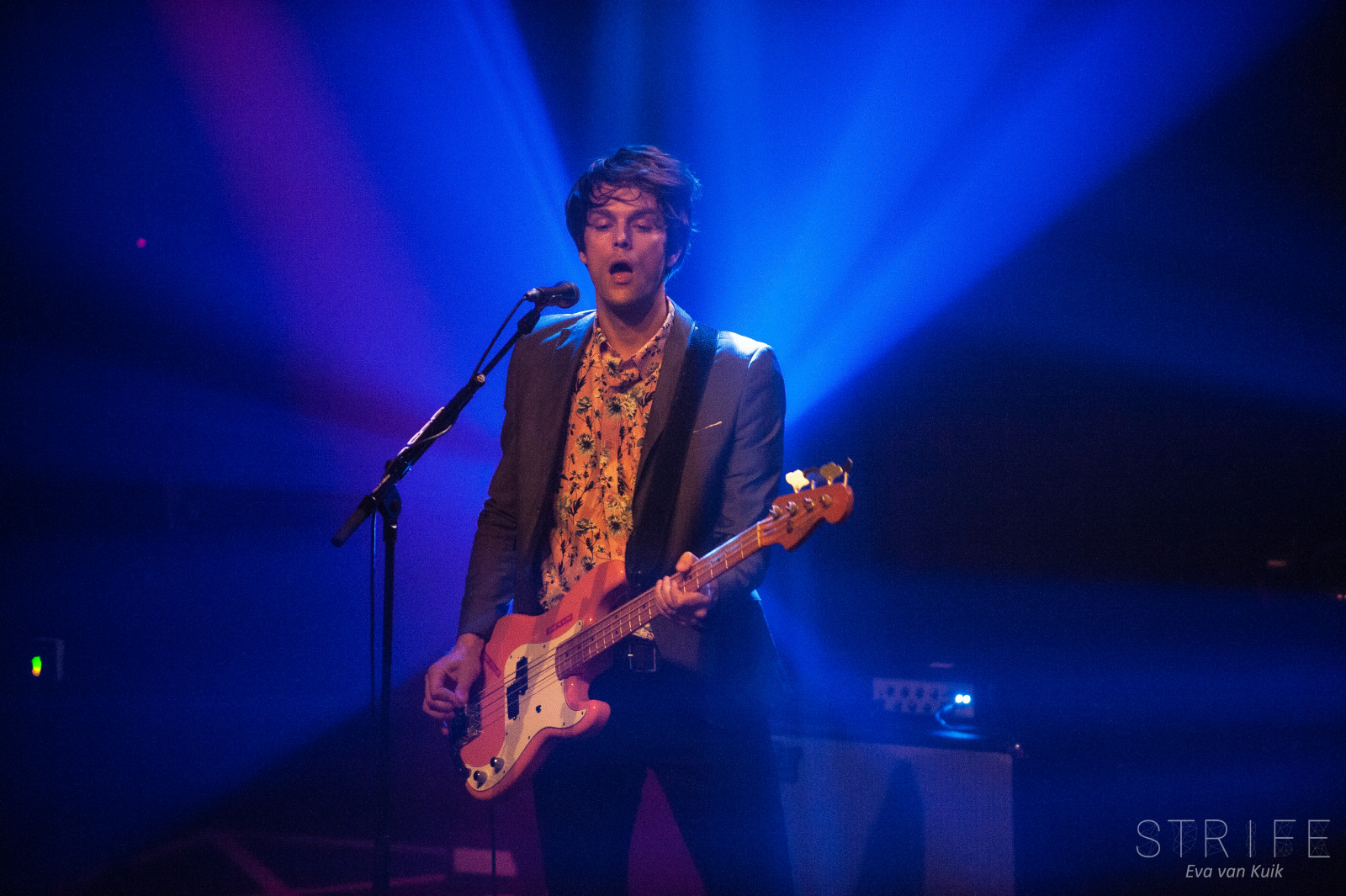 I Don't Know How But They Found Me, the brand new duo consisting of Dallon Weekes and Ryan Seaman are currently in Europe promoting their debut EP "1981 Extended Play". Among the shows the duo are playing was a show in Amsterdam. On the 1st of July, IDKHOW took to de Melkweg's "upstairs" room, which has a capacity of 250 people.

Due to the popularity of the duo, the venue sold out within minutes of going on sale - which resulted into the band announcing a second show, taking place on the same day in the afternoon.

Prior to the afternoon show, we had a brief chat with Dallon Weekes, discussing the new duo and their music - but more on that later!

The band's performance was a very intimate, living room vibe kinda endeavour complimented with extraordinary music. Both Dallon Weekes and Ryan Seaman are top shelf entertainers, and each took on a persona for the performance. IDKHOW's performance is a celebration of theatrics, dramatic flair and great music from their own repertoire, as well as some covers from their old band The Brobecks. With only the first EP under their belt, at least you know for sure you'll be hearing every track.

IDKHOW kicked off the set with their track "Nobody Likes The Opening Band", which is not featured on the band's debut EP and from that moment onwards the show was one great party. The fans were well aware of the lyrics of every track and were often involved in the performance due to Weekes' impeccable crowd interaction.

The band will be in Europe for a bit longer, playing shows on several festivals, including Rock Am Ring and later on Lowlands and we definitely recommend you check out the band's performance. IDKHOW are just at the beginning of their hopefully long career, and you have the chance to be present from the very beginning.

Check out the photos Eva van Kuik took at the afternoon show in Amsterdam and let us know if you are planning on catching iDKHOW somewhere on the road this summer!