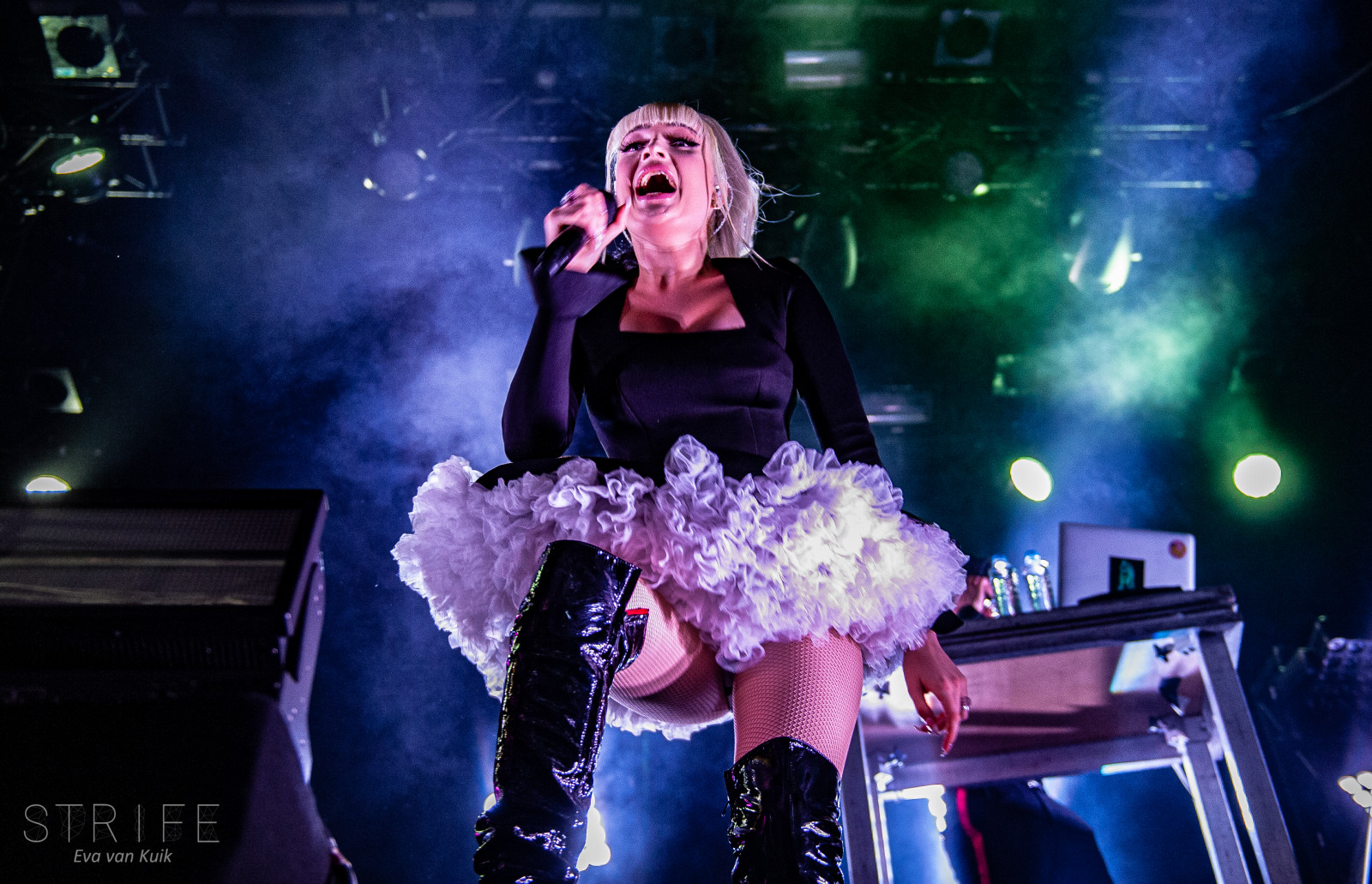 German popstar Kim Petras is currently on the road to promote the release of her two recent albums 'TURN OFF THE LIGHT' and 'Clarity'. Two incredible pieces of music filled with diverse music, with 'TURN OFF THE LIGHT' having some darker songs on it than Clarity. We checked out Kim Petras' show in Amsterdam and here are some of the things we learned!

She brought a very charismatic DJ as support act.
Just like almost every show, Kim Petras did not come alone. She brought along Alex Chapman, a charismatic DJ who played a set of fan favourites pop songs with a lot of fair, mostly from female artists. Think about Avril Lavigne, Ashley O & many more!

She puts on one heck of a show all by herself While Petras had her DJ up on stage with her to assist with the music, the show revolved solely around her. It was just her up on that stage and she entertained the fans in a sublime fashion.

She's comfortable on the stage
Sometimes, stuff goes wrong during the show. Technology has a tendency to cause hiccups every now and then, and given the show was the first one of the tour, that was exactly what happened. During the show, Petras experienced a wardrobe malfunction and an earpiece whose battery died. She owned up to it and spent the time chatting with the fans until everything was back on track, which gave the performance a real 'human' touch.

Her vocals are breathtaking
Kim Petras' music is an epic blend of styles, but her voice truly sets her apart from her counterparts. Luckily, her voice is just as great on stage as it is on the studio albums. The subtle tremble in her voice during 'Wrong Turn' for example translated exceptionally well to the live stage and made for quite the incredible experience.

Her outfits during the show were awesome
Throughout the show, Kim Petras often submerged backstage to switch her outfit around. The outfits often corresponded properly with her next song or songs. Don't take my word for it, though. Get a glimpse of the show in the photo gallery below. All photos by Eva van den Bosch!