If you’ve seen photos, videos, or been to Melanie Martinez’ K-12 Tour, you probably know that it’s truly a magical experience. The time and dedication that she took into making the album K-12, and the film for the album was insane, so we can only imagine what went into turning her masterpiece into a live show. Between the backdrops, the decor, the merch, and the tour outfits, you can tell that everything was carefully put together. When you enter the venue, you’re entering the world of Melanie Martinez. You’re entering the world of K-12.

Unlike her past tours, this one featured a lot more dancing. After watching her behind the scenes footage (only seen if you watched the K-12 film in theaters) Melanie explains how hard she worked when it came to getting better at dancing, even if it meant bruised legs.

It was all worth it because all her dancing was on point! And we can’t forget all of her dancers. They were the cherry on top. In between songs, some of her dancers would come on stage to act a scene and make the crowd feel part of it. At one point, one of the dancers even asked a member of the audience, “Do you know when class starts?”

The setlist on the tour went in order based off of the songs on K-12. Many might’ve thought the show was over once she sang the album in full, but she took the crowd took back to the Cry Baby era with a few surprise songs. Those songs were “Sippy Cup,” “Alphabet Boy,” and “Mad Hatter.” She then added one last surprise song that goes back to the K-12 era, but it’s not necessarily on the album. She played “Fire Drill,” which was first released during the end credits of her the K-12 film. We didn’t expect that one, so it was definitely a treat!

Check out some of our photos from the show below: 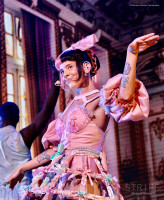 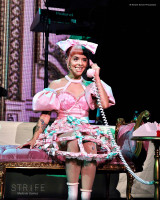 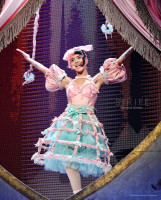 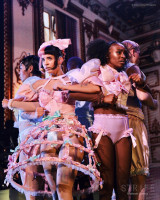 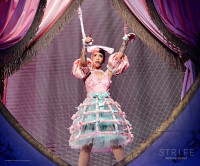 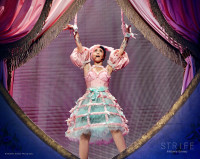 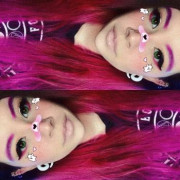