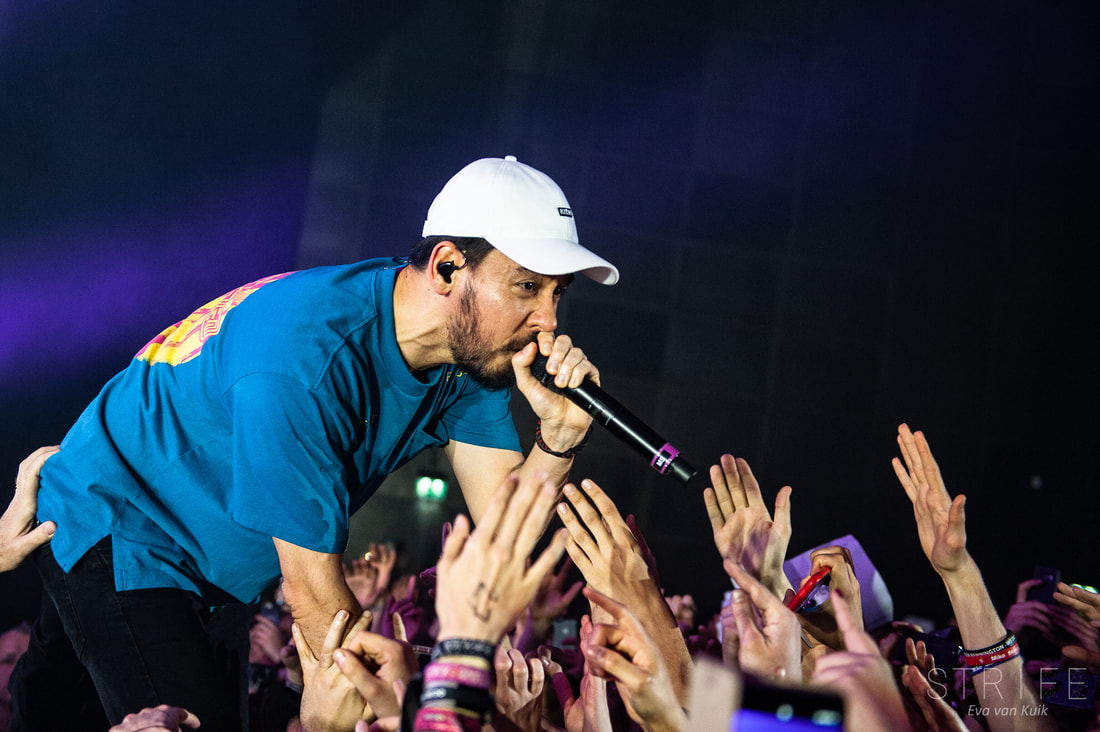 Linkin Park's Mike Shinoda is currently on the road promoting the release of his debut solo album "Post Traumatic", and this time around came to The Netherlands as well.

Even though it was his first show as a solo artist, Mike Shinoda played the AFAS Live, which is a venue with a 6.000 capacity. While the show wasn't sold out, the Linkin Park musician did mobilize a couple of thousands fans to the venue for a show what could only be described as incredibly special.

Shinoda performed a proper mix of tracks from his solo debut album "Post Traumatic", as well as tracks from Linkin Park's incredible discography. To top it all off, he also played a couple of tracks from his side project from way back when: Fort Minor, which spawned the hit singles "Remember The Name" and "Where'd You Go".

Mike Shinoda's performance, backed by two incredible musicians (drummer and keyboardist), who both took some additional tasks under their wings as well, was truly extraordinary. He shared that he loves to changes things up for these shows, which also resulted into the setlist being different from the day before - as has been the case for every show he played on the tour so far.

Throughout the set, he took the time to chat with the audience, giving the show a truly intimate setting while the room was filled with thousands of fans. It didn't really matter whether he was playing a track from Fort Minor, his solo work or Linkin Park, the fans that came out knew every track, from "Cigarettes" to "Waiting For The End".

The vibe was very laid back, Shinoda and his band mates just came out to perform an incredible set of music with a very diverse range and to have a good time - with an encore of a total of 6 tracks. At the end of the show, Shinoda jumped off the stage and took the time to sign some stuff fans at barrier had brought while singing his songs, attesting once again to the fact that this was a very unique and extraordinary performance.

Eva van Kuik was present this evening to make some photos of Mike Shinoda's performance. Her photos can be checked out in the gallery below.