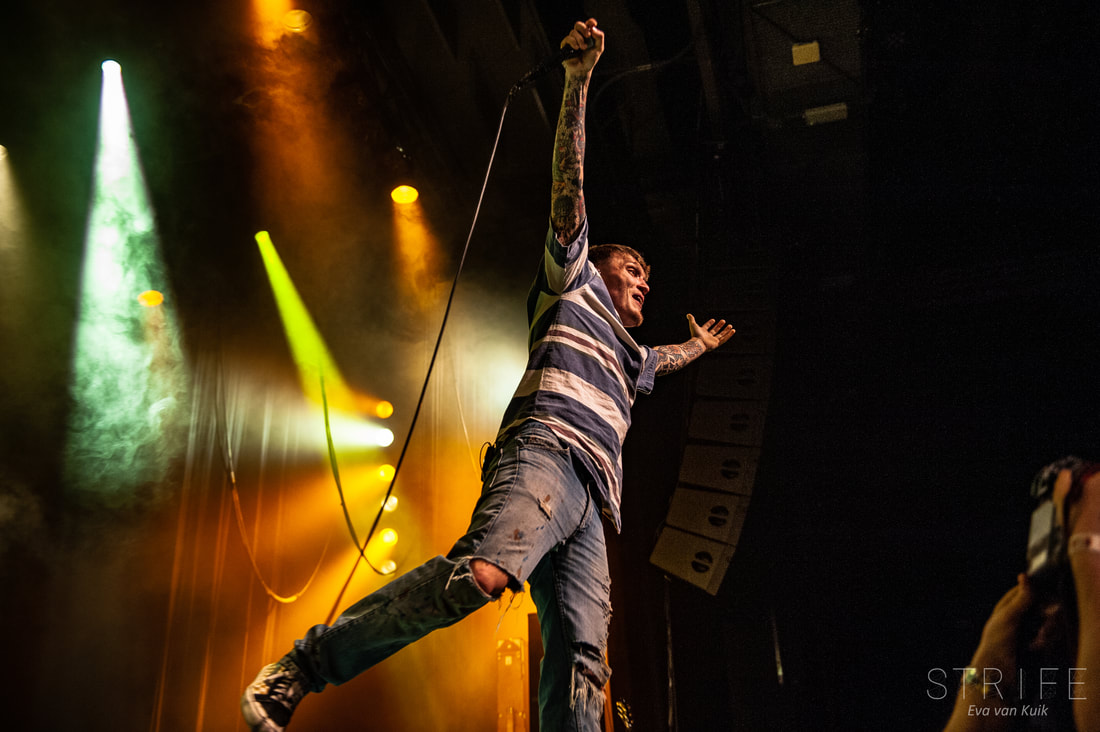 Neck Deep are still riding the wave that their latest album "The Peace And The Panic", which they released back in 2017 via Hopeless Records. This album, filled with incredibly catchy and hard-hitting songs have put the band on the map, and are now considered one of the frontrunners when the pop-punk genre is discussed.

While Neck Deep's music is epic, their liveshows aren't half bad either!
The band came back to The Netherlands for another headliner show, which was significantly bigger than the last one, which proves that even after the release of the album, the band still raked in fans left and right.

In front of a packed audience, Neck Deep performed their hearts out in Eindhoven's De Effenaar, playing songs from all of their records, and of course the latest single - the cover of "Torn", that is featured on the compilation record "Songs That Saved My Life".

A pop-punk crowd is known for its liveliness, and the Neck Deep show was no exception. An eager, jumping and crowdsurfing crowd welcomed the band back with open arms and both the musicians as the audience managed to keep the energy level on a high throughout the entire evening.

Neck Deep stated that they would take a journey this evening, travelling through all the different emotions that the band have written music about throughout the set and that's exactly what they did. Powerhouse tracks like "Citizens of Earth", aswell as slower songs such as "December" and "Parachute" and of course the immensly popular "In Bloom" was used to close out the set.

While Neck Deep's performance was incredible, speaking as someone who has seen the band perform quite a few times over the years, with the first time being in 2015, the performance does seem to get a bit stale.
They are playing so much bigger shows now than they were a couple of years ago (great job, guys), but with bigger stages come bigger responsibilities. I would love to see Neck Deep take a livelier stage production with them next time around as cherry on top of this already so stunning pop-punk treat.

I think everyone who attended the show this evening can agree that this was an incredible end to an incredible run playing shows across Europe.

â€‹Check out Eva van Kuik's photos in the gallery below.