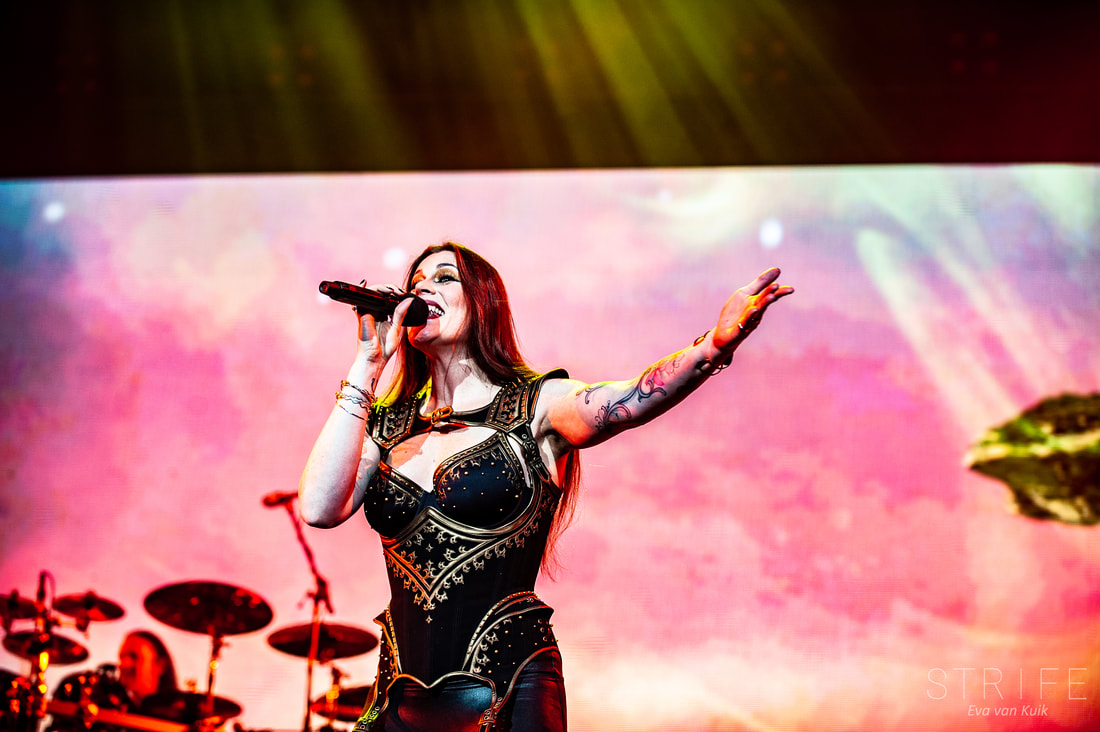 Nightwish are currently playing shows all over Europe and the UK to celebrate the band's impressive 20 years of existence. Among the many arena shows all over the continent, the band also played a stellar show in Amsterdam, The Netherlands - the homeland of the band's singer Floor Jansen in the almighty Ziggo Dome, venue of the stars, where many of the greatest artist in the world have performed as well. (Linkin Park, Green Day for example).

The show appeared to start a few minutes earlier, as the band was showing a small video, indicating the show was going to be some kind of timetravel. They also announced that they would love their audience to be fully present during the performance, and put away their phones for the full duration of the band's 2-hour set. While this request was greeted with a loud applause, it didn't have full effect, as there were still plenty of phones video recording Nightwish throughout their stellar performance.

With an impressive discography ranging 20 years, the band took the audience on a trip down memory lane, in which they played some very old tracks first, slowly working towards the band's more recent work. All this, while the venue was being lit up with immense amounts of pyro and even fireworks throughout the entire set lasting 2 hours.

A celebration of 20 years is quite impressive as it is, but Nightwish do it with so much flare. Seemlessly shifting from genres, instruments and backdrop, Nightwish are truly giving it their all on this tour, let alone the fact that the band fills 2 hours of non-stop impressive live music. With an audience of approximately 10.000 this evening, Nightwish managed to keep everyone entertained for the full show.

We feel very fortunate to have been able to witness the band's performance, and photograph the musicians while in their element. You can check out Eva van Kuik her photos in the gallery below!