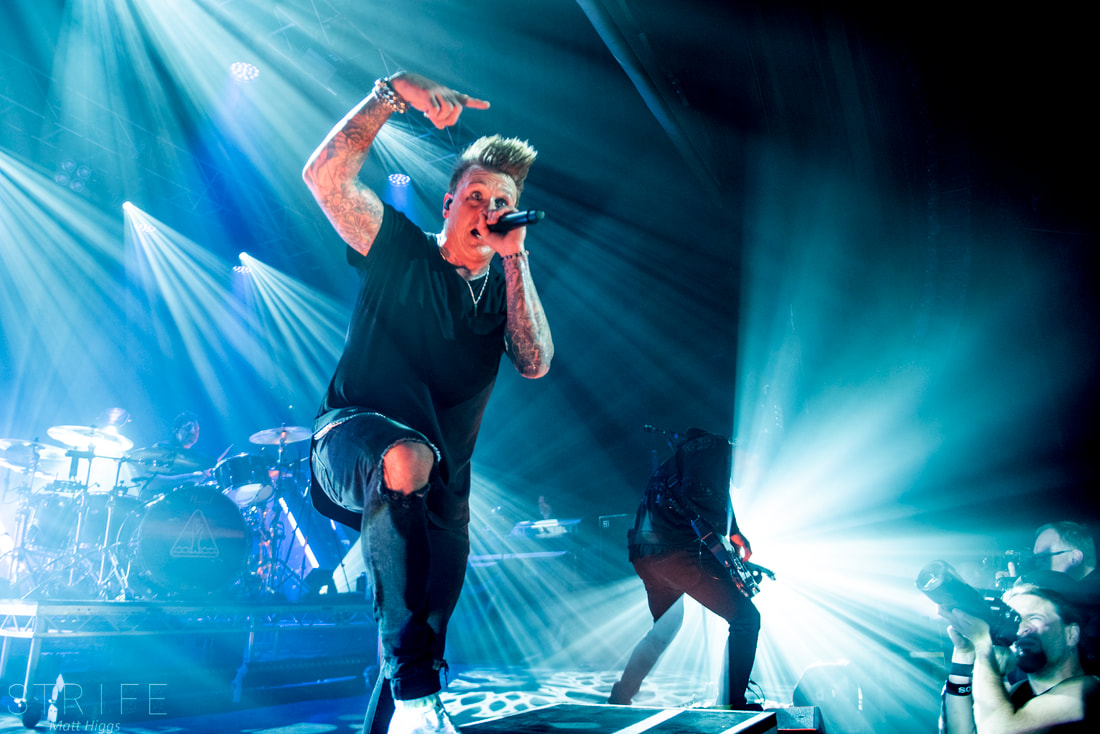 â€‹Building upon the hype that they have built up in over 26 years, Papa Roach still know how to rock the house in the unique and electric way only they can. Being one of the admittedly few successful acts who have mastered the nu metal field of the rock industry, being able to still make a mark like they did on this cool night in London is nothing short of beautiful.

Bringing supports such as up and coming Manchester outfit Hot Milk, who warmed up the crowd as the night began (fitting to say the least); and bridging the final gap with Texan alternative rockers Nothing More, who brought the shock factor with an accompanying light show and frontman Jonny Hawkins wowing with his own sound effects and vocal distortions, along with his opening balancing act. After nonstop rock and a short rendition of Queen classic â€œWe Will Rock Youâ€, it was time to bring it back to why everyone is gathered for that night: Papa Roach.

In cases of acts that are known worldwide, they tend to either begin or finish the night with their most well-known song. That one song - and everyone knew what that one Papa Roach song was - and to many peopleâ€™s surprise, it was their opening number. If Papa Roach could start the show with â€œLast Resortâ€, then certainly the show was destined to be a great one.

The music made up just half of what made for a memorable night. The other half was made with the frontman, the myth, the legend Jacoby Shaddix giving all the words of encouragement to everyone before him in the room. From long-time fans hitting their forties with Shaddix and the band, to the younger moshers screaming out of joy and ecstasy finding their place in the world, Shaddix was touching them all in the hearts and the minds. From talking about persisting to self-discovery - confessing his realisation that the bandâ€™s hit â€œHollywood Whoreâ€ was subconsciously written about himself by himself - and touching on statistics that hit hard the reality of male suicide, but switching the script when he began the encore with a cover of Prodigyâ€™s â€œFirestarterâ€. A suitable tribute to a late legend in rave music, one that surely would reach heaven itself. Rest in peace, Keith.

Crowd-surfers and high fives galore, everyone had a friend in Papa Roach. From connecting by the heartstrings with â€œScarsâ€, to rounding off the night with the ever so inspiring â€œBorn For Greatnessâ€, the crowd and the band were one and the same on every shallow and deep level of humanity.

A power that bonds so tightly, fans will go back again and again.