LIVE REVIEW: Sleeping With Sirens Are On Top Of Their Game On 'How It Feels To Be Lost' Tour 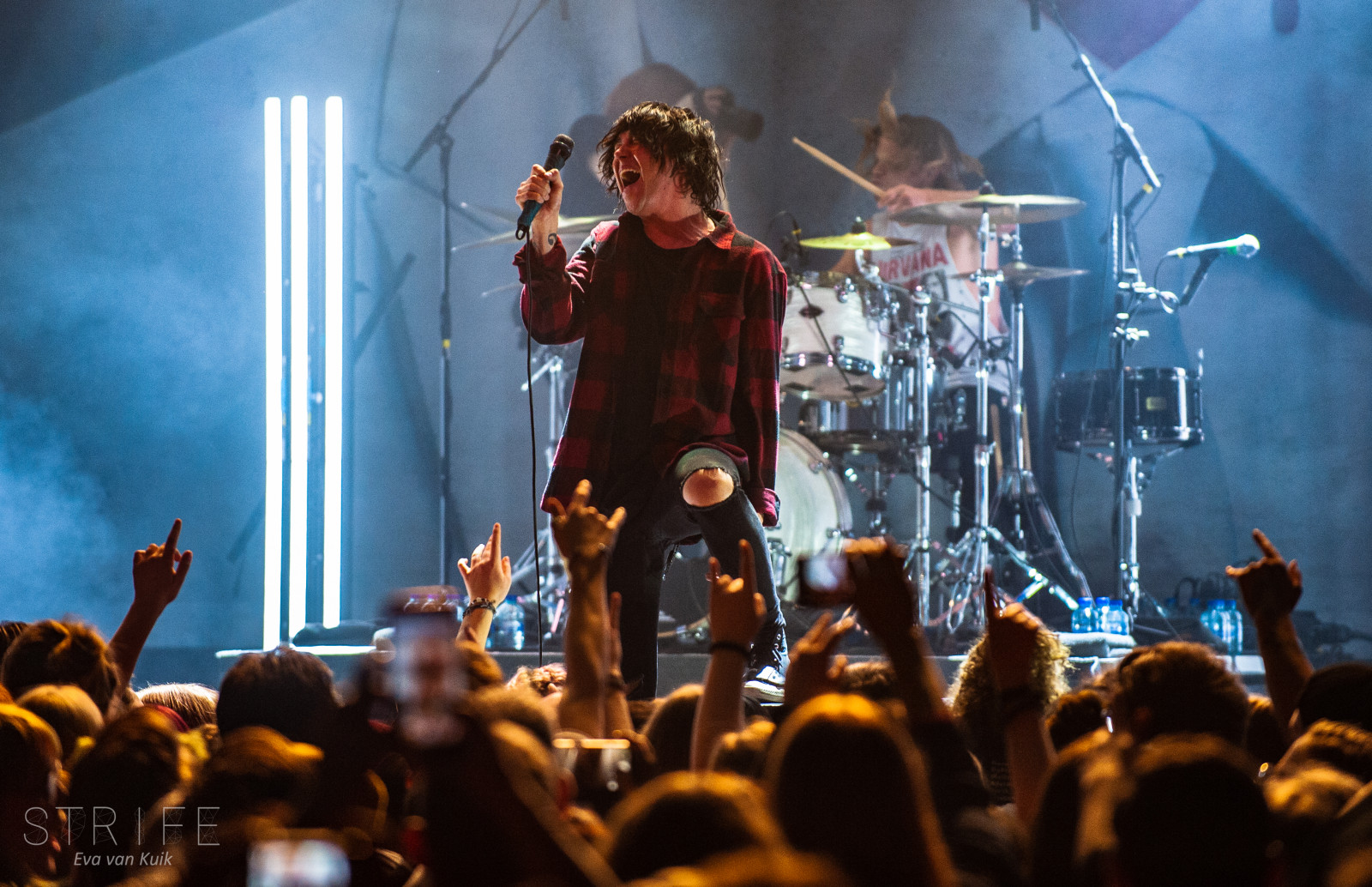 Some bands tour once per cycle and we get to see once every 2-3 years, but not Sleeping With Sirens. In a span of 5 years, the band have come to The Netherlands for a minimum of 10 shows, including festival performances and shows supporting other bands.

Lucky for us, Sleeping With Sirens returned to The Netherlands in a headliner capacity for a special show surrounding the release of their brand new album 'How It Feels To Be Lost', which the band released earlier this year via Sumerian Records.

With a setlist heavily relying on the new singles, of course a handful of singles from earlier work such as 'If You Can't Hang', 'Kick Me' and 'Better Off Dead' made an honourable appearance under a loud applause.

Sleeping With Sirens truly are on top of their game with this tour, as their live performance is one of the best we've seen so far, and we have actually seen the band perform 10 times in the last half decade.

The moshpits were whirling and the amount of stage divers could not be counted on two hands, which unfortunately made for quite the abrupt ending of the show nearing the end.

The band came back for their encore and kicked it off with the hit single 'If You Can't Hang'. Midway through the song, frontman Kellin Quinn stopped singing and looked at a certain point in the front row. After staring for about 10 seconds, he said farewell to the crowd and walked off stage. Later, Quinn went on to tweet about the reasoning of the abrupt stop, sharing that people were getting themselves hurt due to the lack of security and barricades.

All things considered, Sleeping With Sirens' show surrounding the new album is one of the best of the band's career and we highly advice you to see them live at a show near you.

Eva van Kuik was present this evening and photographed the band's performance through the lens. Her photos can be checked out in the gallery below.