LIVE REVIEW: The Next Big Thing In Rock: The Hu Came To Amsterdam For Sold Out Show 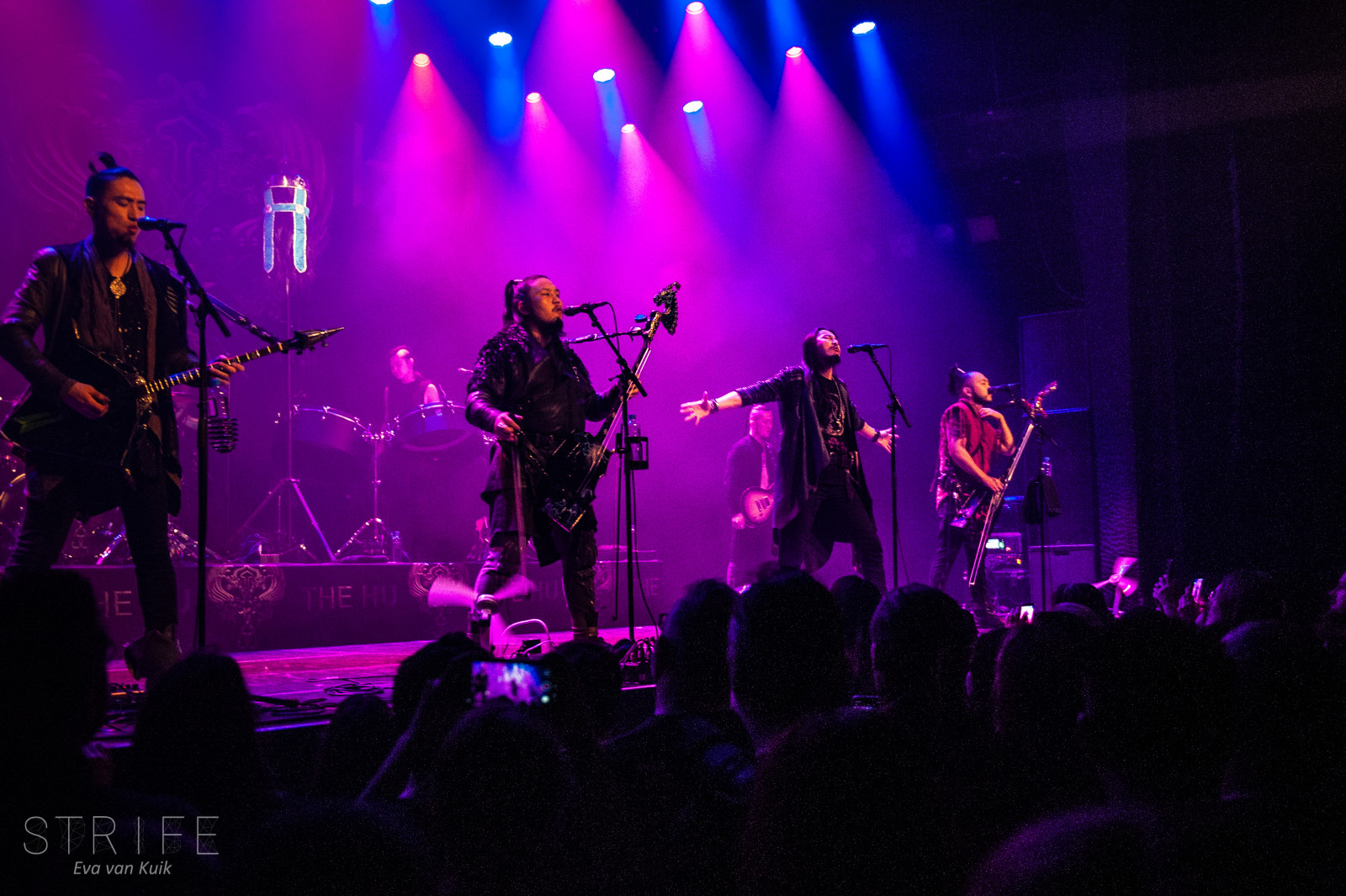 After a wildly successful show last year, The Hu returned to Amsterdam to play the Melkweg's biggest room which was sold-out months before the show took place. The Mongolian band that combines the traditional throat singing with metal elements are ragingly popular on a global scale and The Netherlands are no exception.

For their current tour, The Hu are joined by the popular metalcore act Fire From The Gods, who recently reached new heights after the release of their sophomore album 'American Sun' via Rise Records and Better Noise Records (formerly Eleven Seven Music) featuring the popular 'Right Now' and 'Truth to the Weak'.

Fire From The Gods put on quite the show. Their music, just like The Hu's, is a beautiful mixture of various genres and styles which include metalcore, hip hop and poppy choruses which came to life in front of 1500 fans. The band got the crowd going and played a passionate set empowered with their message of hope. Their current tour with The Hu is the first time Fire From The Gods are in Europe, but next time they come back - make sure to catch them live!

The new viral sensation in rock and metal The Hu entered the stage with a total of eight musicians. The combination of traditional music from Mongolia and the rock/metal had put the audience in a trance, and besides from a few fanatics at the barrier, the audience was very laid-back experiencing the musical sensation. The band recently released their debut album 'The Gereg', which the band performed in full, complimented with some stand-alone singles.

When attending a The Hu show, it becomes clear why the band are currently such a viral sensation, as their live show is nothing short of extraordinaire. Of course, the instruments which also have Mongolian roots, and the fact that its traditional throat-singing gives the band something special and unique, but their popularity isn't all founded by curiosity. The musicians know their craft and executive said craft exceptionally well in a live capacity.

Check out some photos of the show in the gallery below and let us know if you have, or are planning, to see The Hu live somewhere this year!

Fire From The Gods: