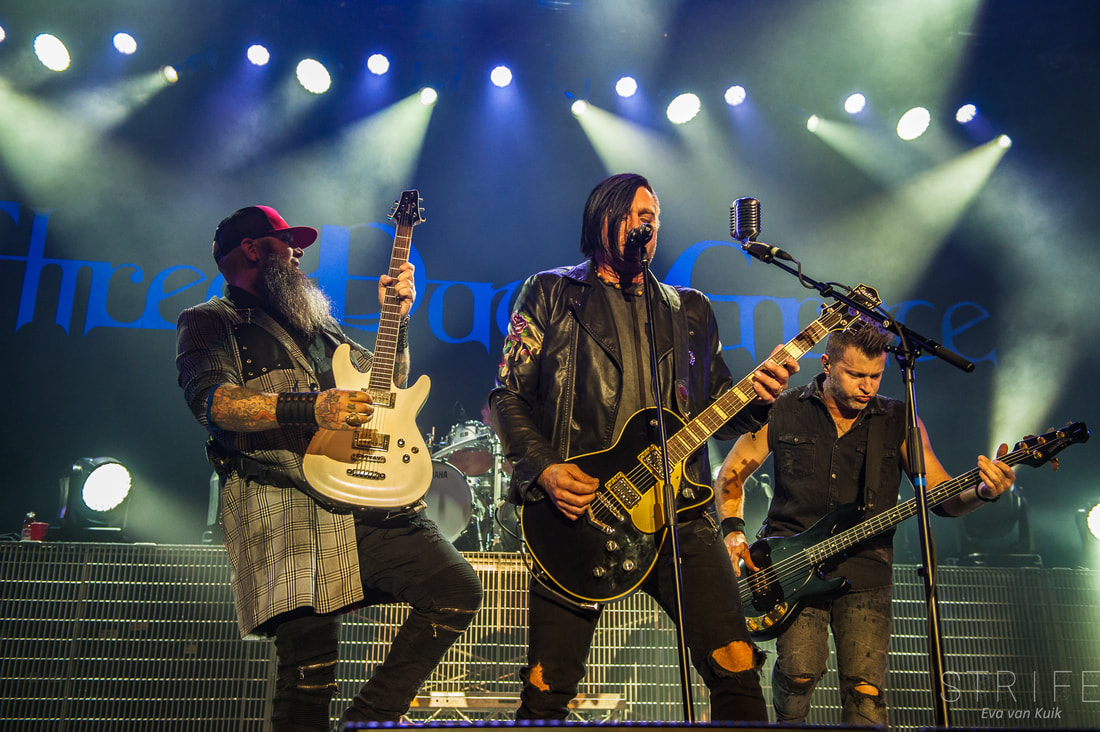 â€‹It's been a while since Three Days Grace performed shows in Europe, but after the release of their latest record "Outsider" which released earlier this year, it was finally time for Three Days Grace's grand return to mainland Europe and of course the United Kingdom. The rockers wouldn't come overseas alone either, as they brought along the massive newcomers Bad Wolves to warm up the crowd.

We witnessed both band's performance at Tilburg's 013, which was sold out, with so many people attending that some of the fans even stood outside of the actual concert hall to see the band perform. With an already packed venue, Bad Wolves took the stage and played their hearts out. Their debut album "Disobey" released earlier this year, after the band released their take on The Cranberries' "Zombie", which put the band on the map. Their debut album is outstanding, and its immense sound translates well to a live setting.

Three Days Grace released their second album with lead vocalist Matt Walst and has the band sitting on a very steady 5 million streamers a month via Spotify alone. On this tour, the band played in front of mostly sold-out crowds and tonight was no exception. 3.000 fans came from all over the country to see the band's performance surrounding the new record "Outsider". Kicking off their lengthy set with "The Mountain", Three Days Grace fascinated from moment one onwards with their set spanning the band's entire discography, ranging from emotional ballads such as the acoustic performance of "Love Me Or Leave Me" all the way to the jolting fan favourite "Riot".

Three Days Grace's performance was a display of years of experience, an undying fanaticism and endless passion for their craft and it made sure for an exceptional night filled with whirling moshpits, brutal walls of death and at times a sentimental and almost personal show. Frontman Matt Walst made everyone feel welcome and kept the crowd entertained in-between tracks with casual conversation and rallying cries.

Check out Eva van Kuik's photos from Bad Wolves & Three Days Grace's performance below and share with us whether you're planning on seeing the band on their current tour!