LIVE REVIEW: Within Temptation Put Together Phenomenal Show In Amsterdam 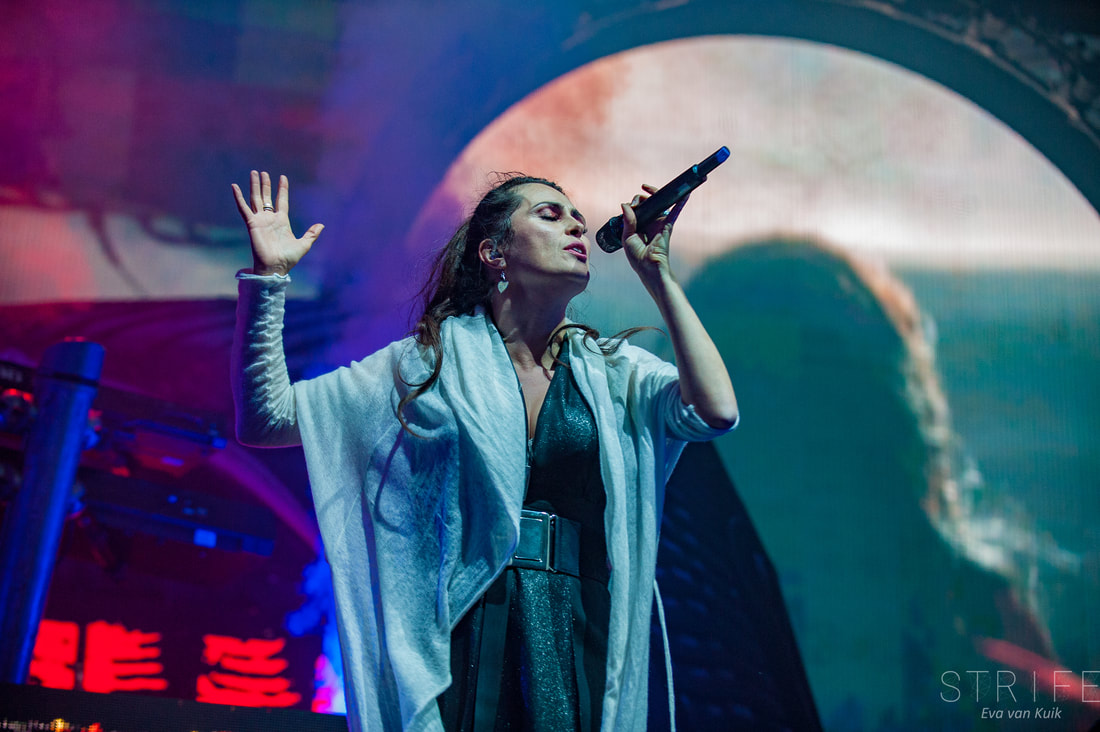 When you're from a english-speaking country, changes are you have a bunch of bands and artists from your country that you listen to. The majority of the scene comes from either the UK, the US or Australia. Well, here in The Netherlands, the bands that have made it on an international scale can be counted on one hand, and last weekend, we saw one of the - if not the biggest - example of a Dutch-based band that has made it big across the globe.

The almighty Within Temptation, who are playing big venues all across the globe, performed in The Netherlands' capital Amsterdam, in front of a sold-out crowd of 7.000 people, which the band has sold out twice on their current trek surrounding the release of the band's upcoming record "Resist".

If you see the band perform live, it becomes instantly clear why Within Temptation are as sucesful as they are: their show is incredible - the backdrop, the costumes, the theatrics, everything comes together, and the result is breathtaking from moment one onwards.

Throughout the years, Within Temptation have been releasing new records steadily, with each release gaining fans, and their new tracks "The Reckoning" and "Raise Your Banner" have been no exception to the rule. Besides the fact that both tracks have incredible singers as guest vocals (Papa Roach's Jacoby Shaddix & Anders FrÃ­den of In Flames), the new music truly comes alive in a live setting. The theatrics from the music video, and the vibe that this band has set for their new record "Resist" makes for a stunning live performance.

Their setlist, while opening with the new tracks "The Reckoning" & "Raise Your Banner", was a celebration of the band's impressive discography, spanning an even more impressive three decades, with songs from the first albums still relevant, as the band closed out their set with the track "Mother Earth", taken from the same-titled album which released back in 2000. The band have evolved for sure, but it's no surprise the band made a strong start way back when, which was proven by the fact these songs still stand strong enough to be performed in front of thousands of fans, almost two decades later.

We feel so fortunate to have witnessed Within Temptation in their element, surrounded by 7.000 of their homeland fans, and we invite you to check out the photos of the performance in the gallery below. All photos by Eva van Kuik