Man Overboard Is Back With A 10-Year Anniversary Tour 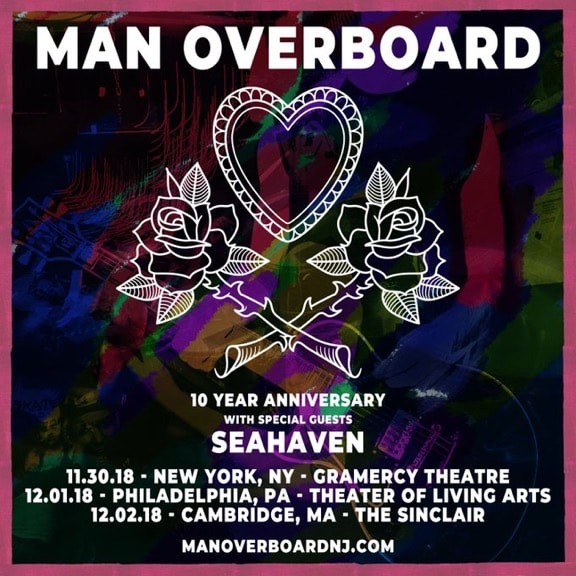 ​Get ready to "Defend Pop Punk" again - Man Overboard is back, and has announced a new tour!

After their hiatus announcement on their website in 2016, Man Overboard fell into musical silence… until now. 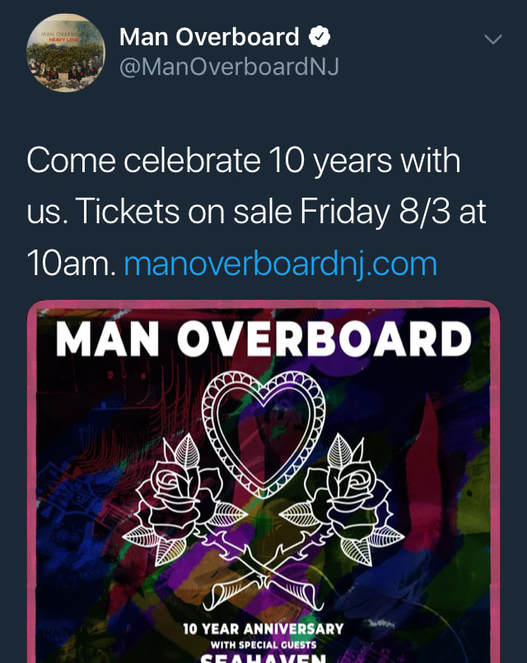 The hiatus ended today when the band announced they were going to do a 10-year anniversary tour.  Even better, they’re going to be touring with Seahaven. Win-win.
​
There'd been a bit of buzz leading up to the official announcement today.  The prospect of a tour was enough to get every Man Overboard fan theorizing and ready to respond.

Needless to say, with the tour now being officially confirmed, people are just a little bit excited.

Man Overboard has only announced a few dates stretching across America, so the shows will be pretty exclusive events.

Are you excited for Man Overboard’s return?  Will you be the first one in line to get tickets?  Let us know!

Check out part of the "Heavy Love" playlist below:
~A.R.