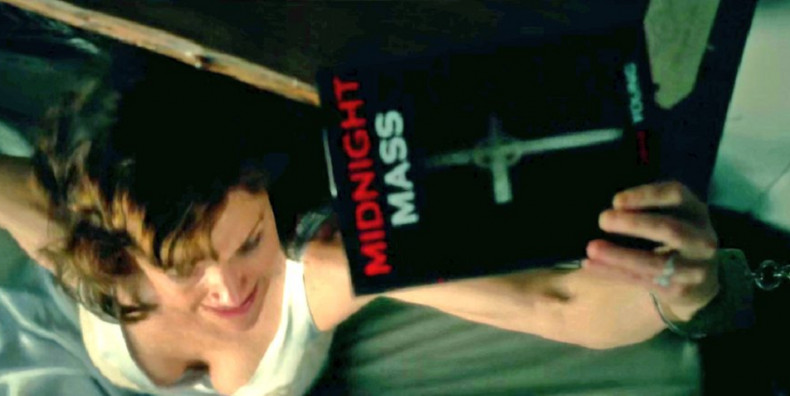 A year ago, horror filmmaker Mike Flanagan revealed that filming had started on his latest horror show for Netflix, 'Midnight Mass'.

'Midnight Mass' is also the title of the book Maddie Young wrote in 'Hush', one of Flanagan's horror movies with Kate Siegel playing Maddie Young.

It is also the book Jessie brings with her on the trip in 'Gerald's Game', another one of Mike Flanagan's horror movies.

Now, Flanagan has released two teasers for the show on the social media accounts of 'The Haunting'.

Check out the teasers below and let us know whether or not you are excited!

Getting closer to midnight... https://t.co/APDhM7LTQq

We’re 30 miles from the mainland with only two ferries a day. pic.twitter.com/VjFm8KTAvx