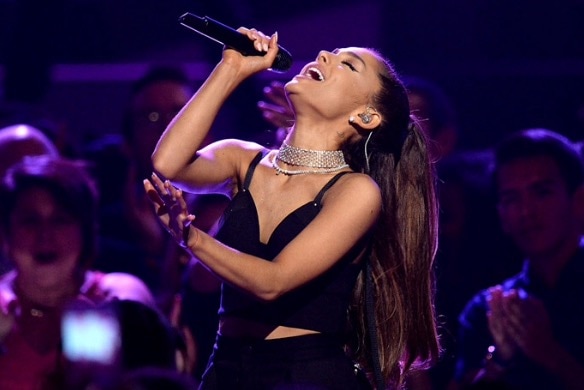 Musicians from across the alternative music scene have been reaching out online, offering their support and condolences to the people of Manchester, UK following the horrific events of last night, where a bomb was detonated in the foyer of Manchester Arena as fans were leaving after watching a performance by American pop superstar Ariana Grande. The current death toll at the time of writing is reported to be 22, with several of them confirmed to be children, and a reported 59 people have been injured. Many people are still missing and the area around the arena has been cordoned off by police as investigations continue.

​We want to take this opportunity to give our thanks to the many thousands of people who showed such kindness and support over on our Twitter page last night. We were blown away by the number of retweets we received and by people's willingness to help reunite lost loved ones. Music, no matter the genre, is what ties us all together, and seeing people come together to help others in a time of such tragedy is a small but infinitely important light in this time of darkness.

Our thoughts are with all those affected by last night's attack in Manchester. pic.twitter.com/VG3tEOxlkh

Manchester you've always been close to my heart. You're the best thing. No one can take take that from you

These tweets are just a fraction of the overwhelming flood of kind messages and support that has been coming from all across the music community over the past few hours. In times such as these, the most important thing to do is remember those who were killed, but simultaneously not let fear control our lives. The greatest power we have now is the power to keep going about our lives as normal. Events like this are meant to frighten us and make us scared to go out into the world and do the things that we love, but if we don't let that happen then we've already won. So go out there, keep supporting live music, keep going to gigs, and don't let anyone take away something we all love so dearly. In the words of twenty one pilots, peace will win, fear will lose.