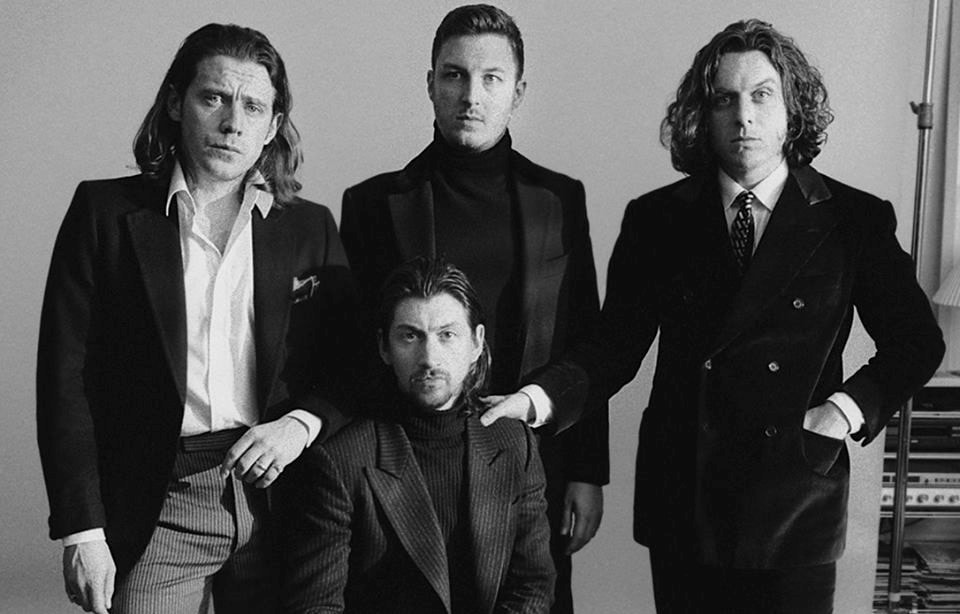 With the latest release of their new album, Tranquility Base Hotel & Casino, the Arctic Monkeys capture a feeling of excitement amongst their fandom. I mean, really, four years with no new music? That’s worse than the drought the Twenty Øne Pilots clique is facing!

The album features Alex Turner’s classic ‘singing through a megaphone’ voice while encompassing the vibes of Lana Del Rey’s, Off to the Races, from her album Born to Die. Because Alex Turner was gifted a piano in 2016 by his manager, the entire album is heavily driven by a sometimes dramatic, sometimes soft piano. Accompanied by the mostly classical sounding piano, the heavy bass and guitar stylings of Nick O’Malley and Jamie Cook provide the perfect contrast to set the mood for a vintage vibe, though I feel the need to mention that the two artists are not exclusive to their instruments. Several songs feature artists that helped contribute to the creation of the album, thus pushing O’Malley and Cook into playing multiple different instruments. Seriously though, this album encompasses the feeling of lighting a candle, getting comfortable, and relaxing.

A first look at the lyrics would cause any new listener to ask a perfectly valid question: Huh? However, any long-term fan would know that lyricist Alex Turner is known for his poetic genius and whimsical imagery. With lines like “kiss me underneath the moon’s sideboob” and “I feel rougher than a disco lizard tongue along your cheek”, Turner sets the scene for a rather mysterious, yet intriguing storyline to the album.

The first three songs featured on the album, Star Treatment, One Point Perspective, and American Sports, establish the fact that fame causes one to give up on the dreams they once had due to having to grow up and facing their dystopian future. Everyone has a preconceived notion of what they will amount to in their old age, but the pressures of society often force us into a box. The starting track, Star Treatment, even alludes to the fact that when Turner was young, he initially wanted to a member of The Strokes. The title track and fourth song, Tranquility Base Hotel & Casino, creates a future where political views struck the world into a catastrophic downward spiral, so everyone fled to space where they may live out their fantasies.

My possible favorite song, Four Stars Out of Five has a similar sound to The Eagles’ Hotel California to give it that timeless, nostalgic feel. The opening line of the chorus, “take it easy for a little while”, follows a comparative beat to Hotel California’s “such a lovely place”.

Later songs, such as The World’s First Ever Monster Truck Front Flip and She Looks Like Fun, allude back to this fictional world in which people rely much too heavily on wealth and technology, for it is easier to be rude when you only interact through a screen. This so-called ‘theme’ of the album is again prevalent in Batphone, where the negative effects of technology are studied and criticized. The piano progression between lines of the chorus in Science Fiction paired with the sounds of the synthesizer only add to the overall science-fictional feel.

The album ends on a melancholic note, The Ultracheese, where Turner looks back on his successes and reminisces about a time when his presence on social media was diminished. All-in-all, Tranquility Base Hotel & Casino provides an introspective outlook on the world’s current political situation and being scrutinized under a microscope as a celebrity while invoking the listeners to look back on a simpler time.
Click here to open in Spotify.