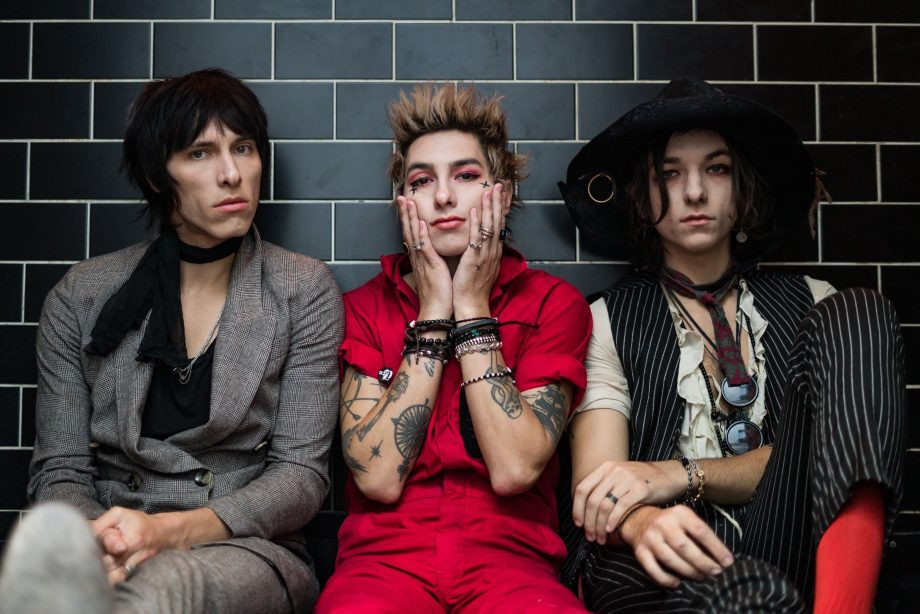 Palaye Royale have put out a new video called "The Bastards Initiation", an official start to the new era. We can see a Payale Royale sign (which has signified the Boom Boom Room era) turn off and the Bastards one turned on at the end of the video.

The video was directed by Emerson Barrett (from whose comics a lot of lore comes from), and the Soldiers of The Royal Council got to be in the video. Emerson has been leaving cryptic clues in binary and Morse code until the video was put up, and has been answering fans' theories in the comments.

The brothers are seen handing gas masks to the Soldiers to get, in the words of Barrett, "...the Royal Council ready for the revolution. To remain pure in this toxic society one must wear a gas mask."

The number "747" seems to have cryptic and special meaning to the drummer, as he frequently features it in his art and in his online posts, the oldest that could be found is an Instagram post from 2014.

What the revolution will be against is piece by piece revealed through fan theories and is clearly connected to all the clues and hints the band's been leaving for the last 7 years. In response to a fan's comment, Emerson wrote: "We fight for a new world, one where there is peace, not hate, love and not anger, acceptance and no discrimination."

The fight will be against the Lieseil Inc. and Warhol Stars, and experimental faculty and its operatives. Lieseil wants to capture you and take away your individuality. "They control you, they watch you, they poison you, brainwash you and alter you. This is the new order", wrote the drummer on his Instagram story.

Lieseil were also the ones who captured Remington in the "You'll Be Fine" music video and dyed his hair blond.

You can watch the full video below: