Paramore Cancel Shows Due To Illness 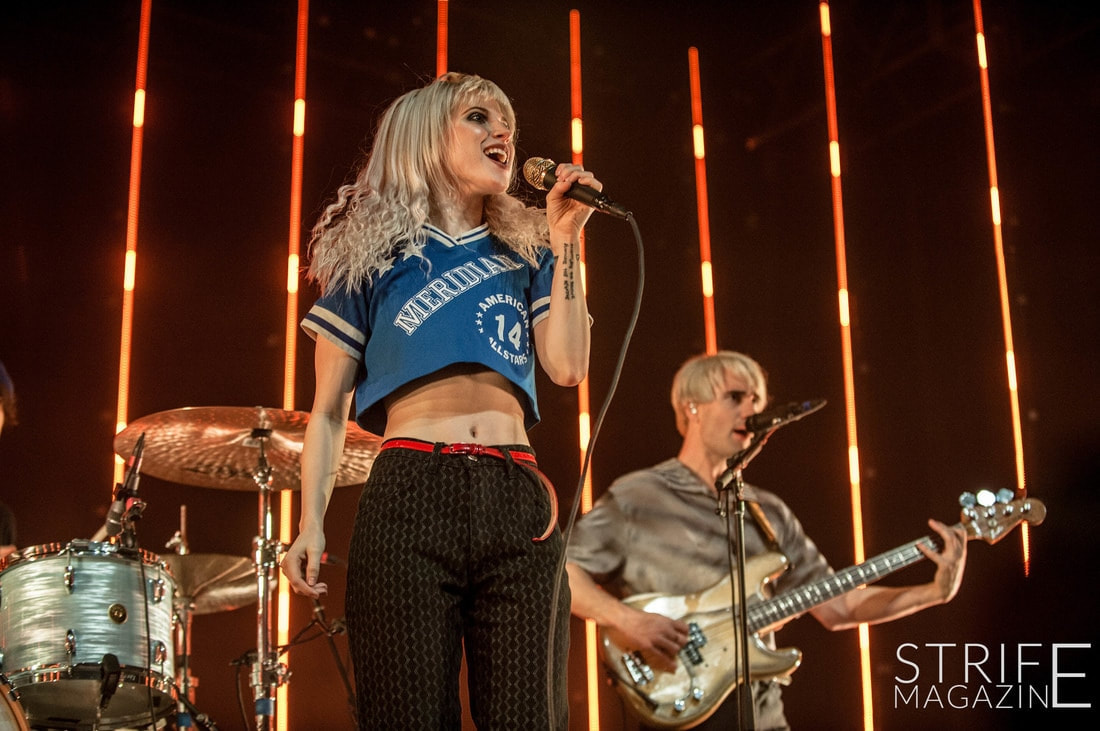 Unfortunately, Paramore have been forced to cancel a few shows due to illness.
Paramore have been on the road relentlessly since the release of their latest album "After Laughter" and unfortunately, it has taken a toll on Hayley Williams' health. She's currently battling a throat & upper-respiratory infection for the last 2 days and it's making Hayley Williams unable to sing the songs.

Atleast she made a lengthy and personal statement explaining the situation.
The band will be back in August for the missed show in Manila, while the Indonesian shows are being rescheduled by the band and the promoters! Read Williams' statement below.

"Friends in Jakarta and Manila, this is Hayley.
I wanted to write personally to tell you that I've been fighting a throat & upper-respiratory infection for the last 2 days. It's a pretty nasty sickness but if I would've been able to get my voice to come through for me, the guys and I would've done the show tonight anyway.

Unfortunately, my throat hasn’t loosened up and the rest of my symptoms have only gotten worse.
After getting an official diagnosis from a doctor here in Jakarta, our team decided that it would be the right thing to postpone the show tonight in Jakarta as well as the next show in Manila to later this year. We'll return to Manila on August 23rd and are hard at work with the promoters to secure a date for our return to Indonesia. Please hold on to your tickets if you already have them.

Just to be transparent - the reason for also delaying the Manila show is to reduce the amount of travel we’d have to do within the next few days of the tour. We’ve been flying a LOT on this tour. Traveling by plane can make it hard to heal because of the dry, recycled air, the extreme altitude, and the fact that planes are basically just flying petri dishes. Minimizing flights and having those few extra days off should give my antibiotics time to kick in and allow my voice time to recover from all this coughing.

As for now, I'm in the doctor's care and I’m going to rest as much as possible so that we don't have to postpone any more shows on this tour.

I'm so sorry for the disappointment this will inevitably cause everyone who's been looking forward to these two shows. I know nothing I say will alleviate that letdown.

We've been looking forward to coming back to Indonesia since our first trip in 2011. The people who've built a community around the support of our music here are so special. And we were so ready to get back to Manila because every show we’ve played for our Filipino friends has been a wild time.
We're coming back for you so please hang on 'til August.

Last thing, to lighten the mood, if that's at all possible: google "The Cryptkeeper - Crypt Jam"... a frightening resemblance to what I sound (and look) like right about now.
Hayley"