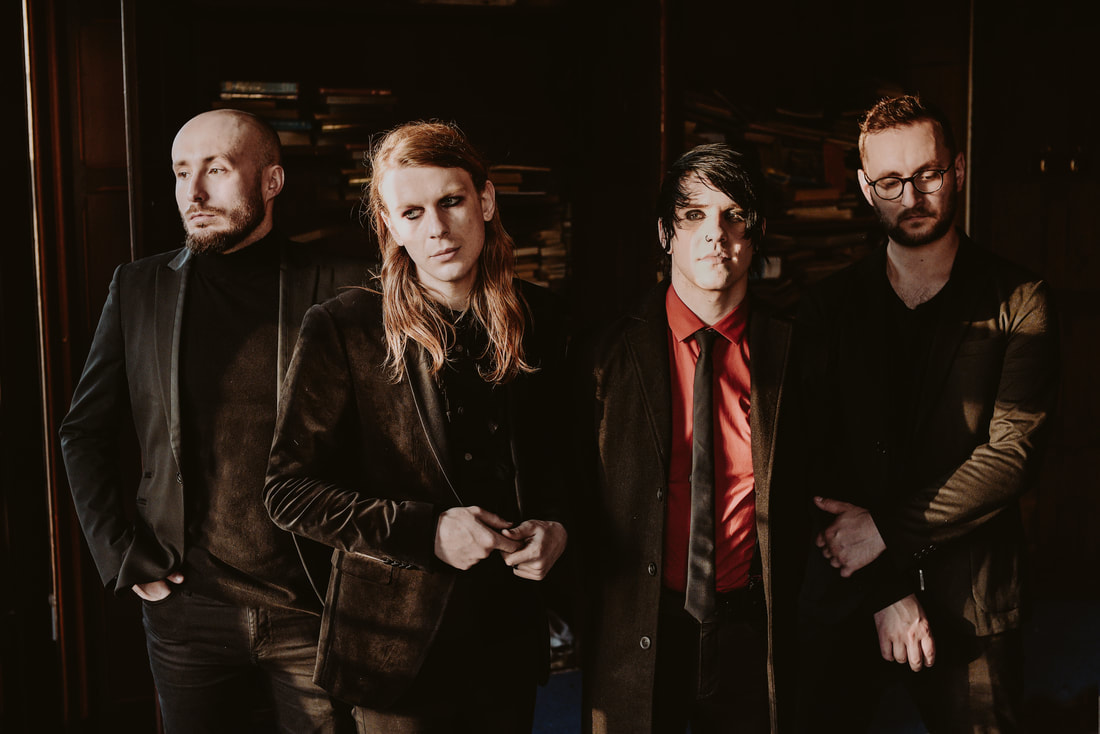 Patty Walters has shared that the argument between him and Palaye Royale guitarist Sebastian Danzig regarding mental health has ended and that the both of them have cleared up their misunderstanding.

In a video posted to his Twitter, the As It Is frontman explained:

He also went into detail about his personal reasons about speaking up about mental health whenever given the chance:

"I don’t talk about my experiences or these things to be met with unanimous agreement or applause. I do it because there are still stigmas and misconceptions regarding mental health, regarding depression, anxiety and suicide that we need to eradicate, destroy and overcome as a society. And we can only do that when we have a conversation. Conversations can’t be had with a single rant or a handful of tweets. Ultimately, we have to listen to each other."

At an As It Is set earlier this week, before performing one of their new singles called "The Wounded World", Patty Walters addressed the subject of mental illness, stating that it does not discriminate and that even he himself, frontman of a successful band, living his dream and performing at Vans Warped Tour, is still struggling with things such as depression and anxiety.

Sebastian Danzig then reacted to this specific speech by tweeting:

"Heard the most ridiculous thing today. Some singer complained about getting on stage everyday. I get it anxiety is what people deal with everyday but there are so many people that would kill to be in your position. You get to play “your” music to a crowd everyday. Suck it up."

At this point, the guitarist has apologized for his statement, in form of another tweet:​

We're glad to hear that the two of them were able to rationally talk things through and make up, so in the words of Patty Walters: "Palaye and As It Is fandoms rejoice, no more drama, let's all coexist peacefully and make the world a better fucking place."

You can watch the video he posted explaining the end of their disagreement below: