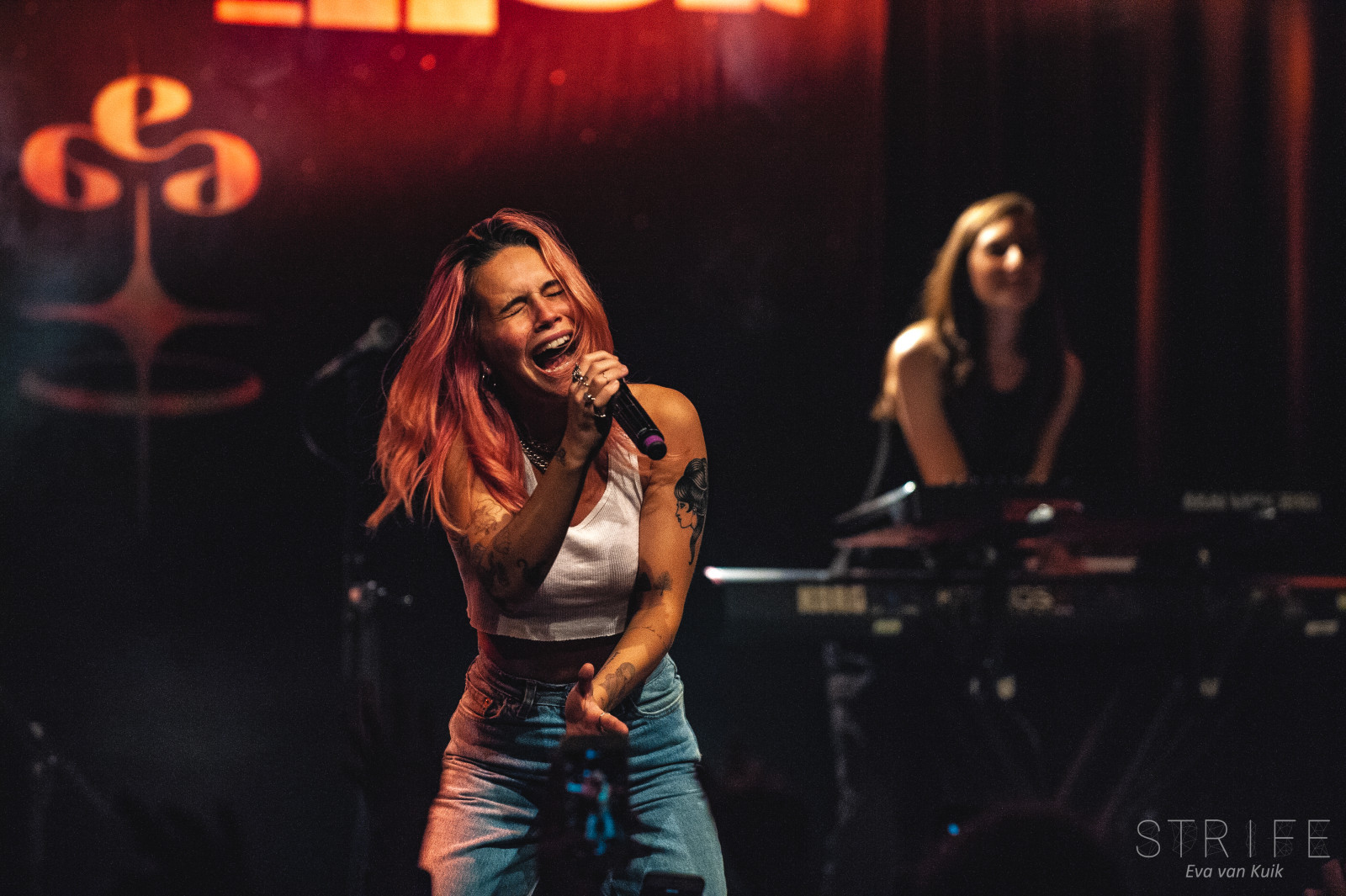 After years of listening to Bea Miller, it was finally time for her to make her first-ever appearance in The Netherlands! With her 2018 album 'Aurora' and a string of brand new singles with some exciting collaborations, Bea Miller had gathered enough fans to get her first Dutch show to be upgraded to a bigger venue, and still sell-out within hours of going on sale.

This weekend, Bea Miller would perform a set no longer than an hour, in front of a sold-out crowd in Amsterdam's iconic Paradiso's northern location 'Tolhuistuin'.

Bea Miller's debut album, which released back in 2015, is full of songs not written by Bea Miller herself, which is why she only performed the hit single 'Fire n Gold' from this album. Miller has since moved in, now writing all of her songs herself.

The rest of her set was filled with songs from the most recent album 'Aurora' and the new singles including fan favourite 'I Wanna Know', which she released together with NOTD last year.

Bea Miller's voice is as incredible live as it is on the studio versions, and the performing band behind her gave the songs a whole new dimension. The incredible guitarist even got in a couple of guitar solo's, while Miller's songs aren't very guitar-centric in the slightest.

In between of songs, Bea Miller would often address the crowd, sharing funny anecdotes about the song she was about to perform, being brutally honest about the team she used to work with or share the story of how several songs or collaborations came together.

The whole ordeal made for an impeccable evening of entertainment, both musically as well as comedic aspects. We've had some great laughs during the show!

The fans were ecstatic that Bea Miller was finally in Amsterdam, and she shared that the Amsterdam show was one of her favourite shows she's done so far, and even though that line is being said by every artist ever, we kind of believe her given the fans were truly something special.

With brand new singles like 'Feels Like Home' and 'Never Gonna Like You', the fans already knew every word and even held up signs with the text 'You feel like home' during her performance of the first-mentioned song.

All-in-all, Bea Miller's first Dutch show was a mighty good time and we honestly can't wait for her to return to a bigger venue next time.

Get a glimpse of what the show looked like in the photos below and let us know if you have ever seen Bea Miller live somewhere.