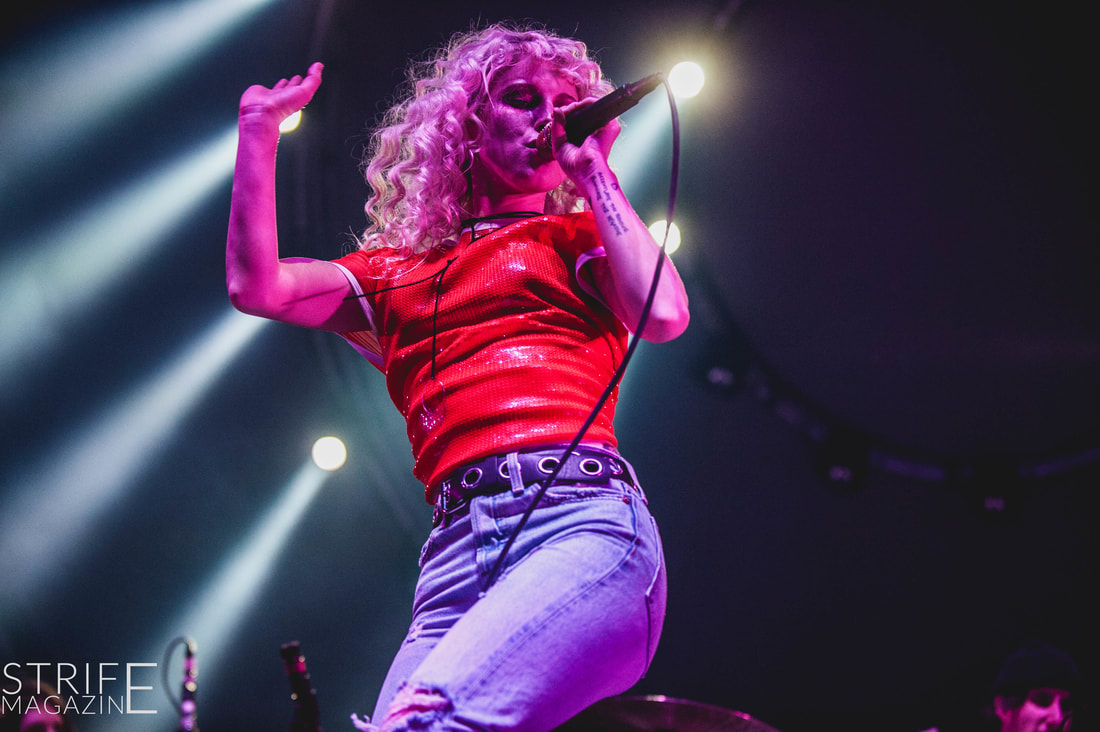 The year 2018 kicked off properly with an amazing show from an amazing band: Paramore returned to Amsterdam for a show in the same venue that they utterly destroyed when they came to Amsterdam on the Â¨ParamoreÂ¨ album cycle. After their last performance in front of a crowd of 3.000 fans, the band took it to bigger grounds this time, with an attendance of over 5.500 in a packed AFAS Live.
Armed with a brand new record Â¨After LaughterÂ¨, that spawned a bunch of new fan favourites such as Â¨Hard TimesÂ¨ and Â¨Fake HappyÂ¨and a live band of 7 musicians including the official Paramore members, Paramore were bound to bring an airtight musical performance and nothing could've been more true. From beginning to end, Paramore's music was played without a hitch, one flawless execution after the other, with some inspired interludes in between tracks, weaving the entire show together in a subtle way.

Besides the stellar musical performance, Paramore brought quite the stage with them. At the back of the stage, a massive wheel completely filled with several light effects filled the venue with colourful radiations. At several tracks, the space in between the lights was filled with projected visual effects.
You could've caught glimpses of these visual effects, if you were done for just a second watching Hayley Williams parade around on stage, showing off her exquisite dance moves one after another for the entire duration of the show while maintaining a clean and powerful voice. That woman truly is unstoppable.

Paramore's setlist consisted mostly of tracks from the latest album Â¨After LaughterÂ¨, which makes sense considering the entire tour is part of the promotion surrounding this record. The other half of the setlist was from the band's 2013 album Â¨ParamoreÂ¨. Unfortunately with so many tracks from the last two albums, the setlist lacked representation of the band's older work, such as the immensely popular albums Â¨RIOT!" and Â¨Brand New EyesÂ¨. Be that as it may, Paramore's performance did not get bored at all, and the audience was entertained for a full hour and a half.

Luckily we were able to attend the stellar show and got the chance to take some photos from the band's performance. All photos by Eva van Kuik can be checked out in the gallery below!