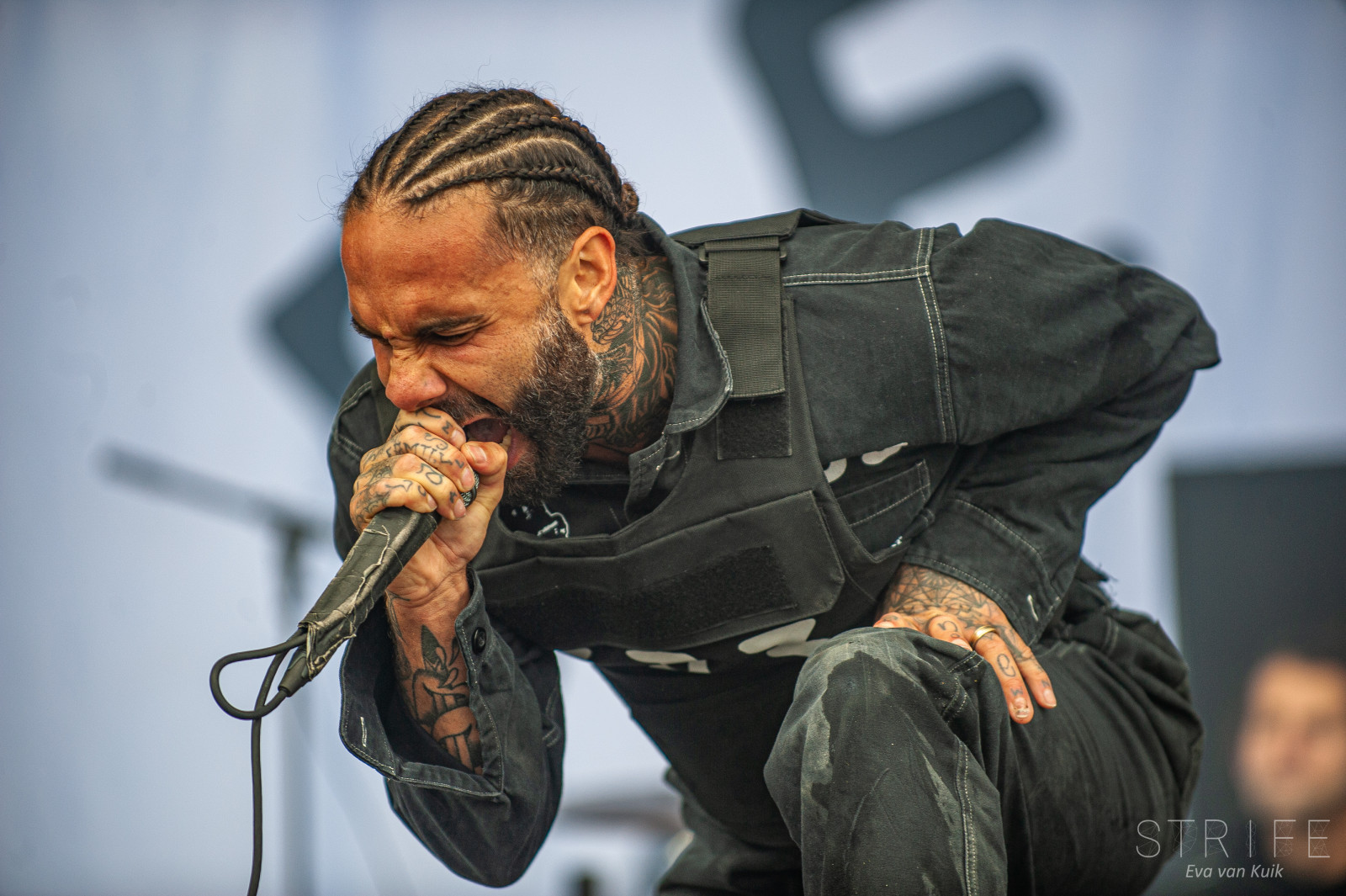 Rock Am Ring, one of Germany's biggest festivals was held this weekend and we are so happy to have been present. The festival welcomed the likes of The 1975, Bring Me The Horizon, IDKHOW, Against The Current and many, many more. Rock Am Ring is held at the Nurburgring, a Formula 1 race track. The location as well as the team behind the festival is impeccable, it is safe to say this year was a great success. We have seen performances of the greatest rock and metal acts throughout the weekend and will share our findings as well as the photos we took from each band.

Kicking off the Crater stage on this cloudy and windy Saturday was the almighty FEVER 333. This band hasn't been around too long, but are already known for their ridiculous shows. If you are going to a FEVER 333 show, you will have absolutely no idea what will be headed your way. Frontman Jason Butler is a legend when it comes to live shows, and often wanders in the crowd, showers himself with a bucket of water or does any other of a million things you never knew could happen during a live show. For this reason alone, it made sense that a total of about 30 photographers came out early to capture the trio live. Armed with the debut album 'STRENGTH IN NUMB333RS', FEVER 333 gave it their all at Rock Am Ring and had a crowd of a few thousand people. As expected, Jason Butler did a number of crazy things, while Stephen Harrison and Aric Improta kept the stage occupied and the music coming. The set was extraordinary and you can catch a glimpse of it via the photos from Eva van Kuik.