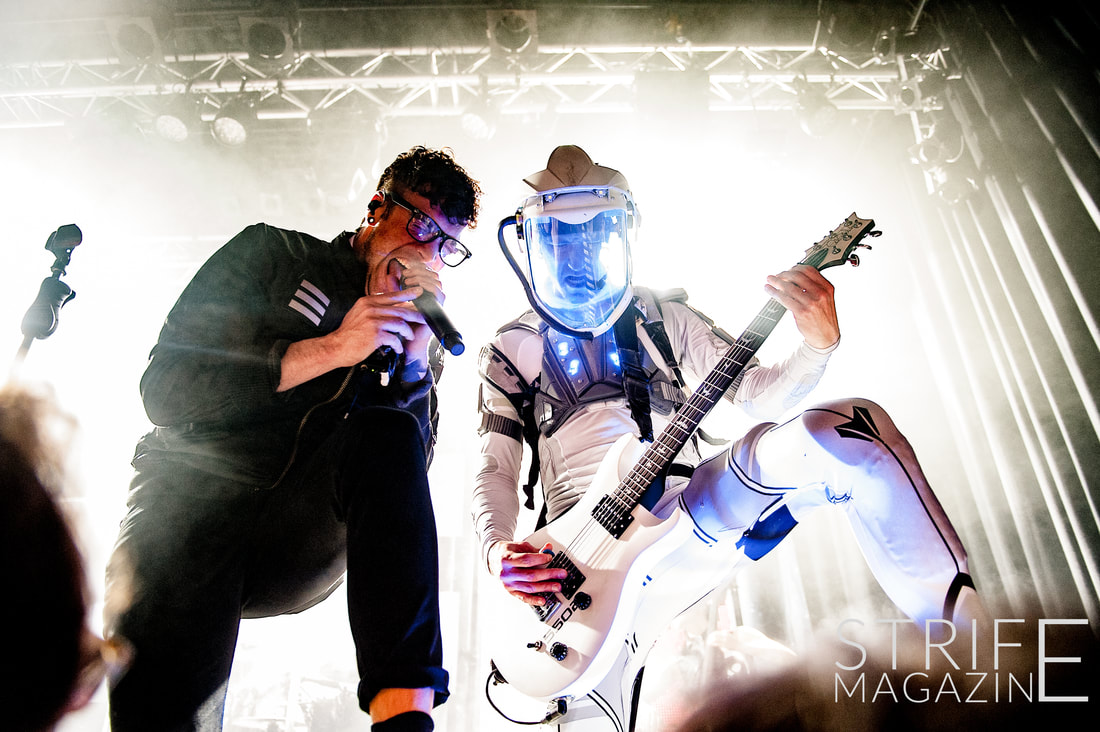 After supporting the likes of In This Moment and Breaking Benjamin twice, it was finally time for Starset to make a trek through Europe in a headliner capacity. Armed with their two albums, with the most recent one being "Vessels", which featured the hit single "Monster", Starset played shows all across Europe, with a whole bunch of these shows being sold out.


Utrecht, The Netherlands was no exception! Starset performed in a sold out De Helling, which has a capacity of around 400-500 people who were beyond stoked to finally get a full set from Starset.

The band gave it their everything and besides the many props and devices the band has on stage, they also added a live violinist and cellist to their stage to make it extra special.
The band members were reppin' the Starset space suits, created by frontman Dustin Bates, and the cellist and violinist were also wearing Starset headgear, which had some cool lightning effects added.

Starset are an amazing live band, and made the best of the venues they were playing.
While in a rather intimate setting, Starset gave a show to remember, which included smoke, amazing (violin & cellist) interludes and even a second microphone with a special effect added to it to make the live performance just that extra bit special.

Starset performed a nice mixture of tracks from their debut "Transmissions" and "Vessels" and didn't skip any of the fan favourites. They played acoustic renditions of a couple of tracks halfway through the set, which included the more pop-influenced "Starlight".

Starset are just getting started, and the fact they've sold out so many venues on their first headliner tour through Europe speaks louder than a thousand words. Starset are only going to get bigger as they keep releasing albums and keep adding to their already impressive live gear.

We witnessed the band's show in Utrecht and Eva van Kuik shot a whole bunch of photos, which can be checked out below!