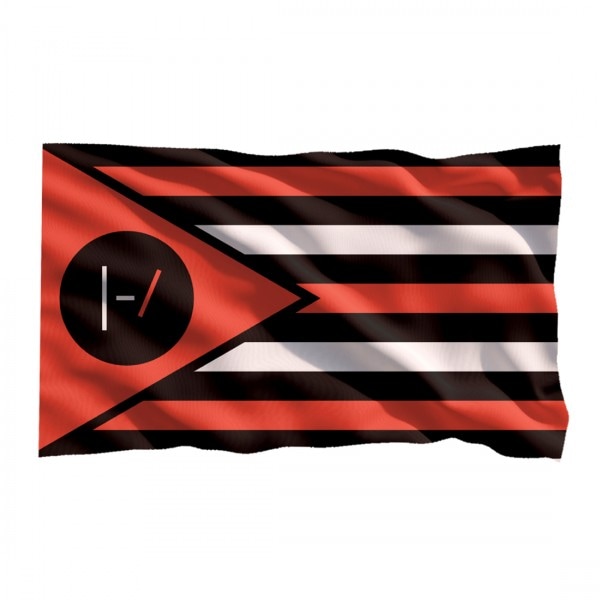 We've teamed up with our dear friends @Topupdating to give you guys another giveaway!
In fact, we've teamed up for two giveaways.

The first one is hosted by our friends @topupdating and consists of an awesome Twenty One Pilots t-shirt!
The details for that giveaway are quite simple:

You head over to the Topupdating Twitter acount and retweet THIS tweet.
In addition, you follow both @Strifemagazine and @Topupdating and you're in!
You have until January 17th to participate.
The winner will be announced on January 18th.

We will be hosting the second giveaway which consists of the wallflag shown above!
This giveaway can be entered in two different ways:

The second way to enter is you go to Twitter and give both @Strifemagazine and @Topupdating a follow.
On the Strifemagazine Twitter account, you'll be able to see THIS tweet.
That tweet needs to be retweeted in order for you to participate!
You have until January 22nd to participate.
The winner will be announced January 23rd.

If you participate in both ways, you'll double your chances of winning.

The winner is chosen by a random generator.

Participating for both giveaways is worldwide!