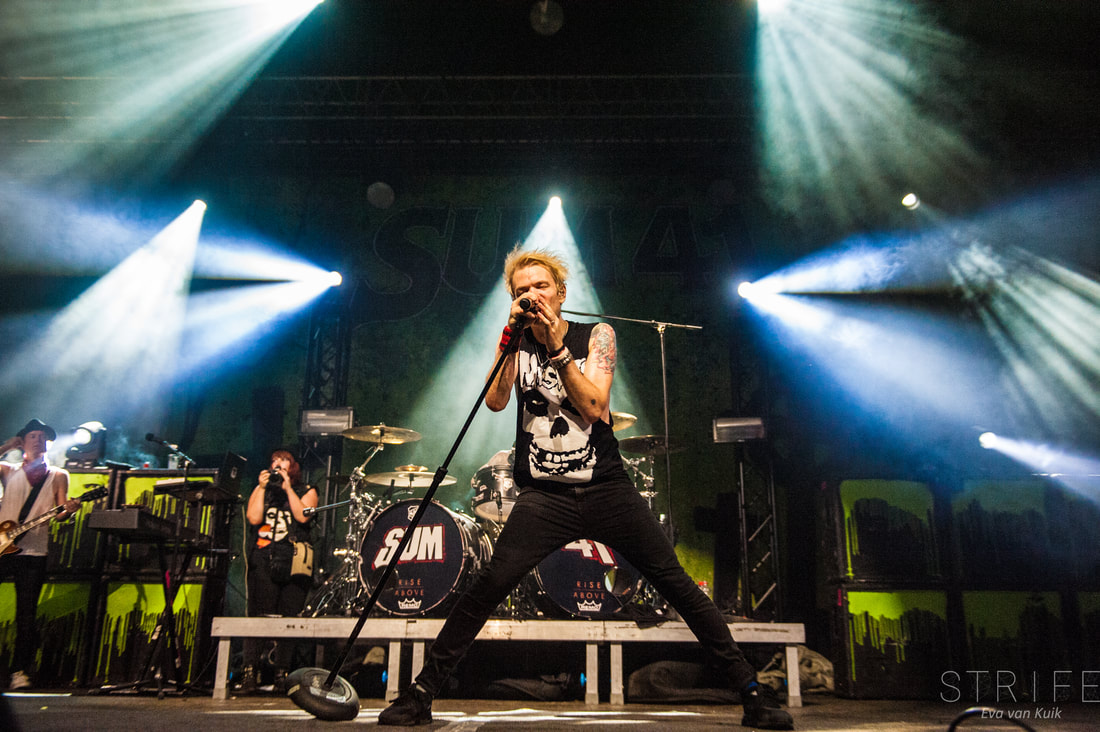 As Sum 41 close the book on their "13 Voices" chapter, they do one more trek across Europe to perform in front of some massive crowds and play on some of the bigger festivals all over the continent.

Unfortunately, the band didn't perform in The Netherlands, where we usually see artists perform, but for Sum 41, we were more than happy to travel to Germany to see the band's stellar set.
â€‹Heavy guitars, incredible drums, an ever-improving vocal performance of Deryck Whibley and Cone's iconic moves while playing the bass is what makes a Sum 41 show such an incredible experience and it gets better every year.

The setlist consisted of tracks from the very first record "Half Hour Of Power" all the way to the 2016 effort "13 Voices", proving that Sum 41 are still proud of their discography, old and new. Earlier this year, the band went on a 15 years anniversary tour of the incredible record "Does This Look Infected?", and they took some of the lesser known tracks from this record to the European crowds as well, like "Thanks For Nothing".
We've said it before and we'll say it again, we are so glad Sum 41 are back doing what they do best: making and performing music.

Check out the massive gallery of the band's performance below and make sure to catch Sum 41 on the road starting again next year, as they'll focus on recording a new record for the remainder of the year.
Photos by Eva van Kuik