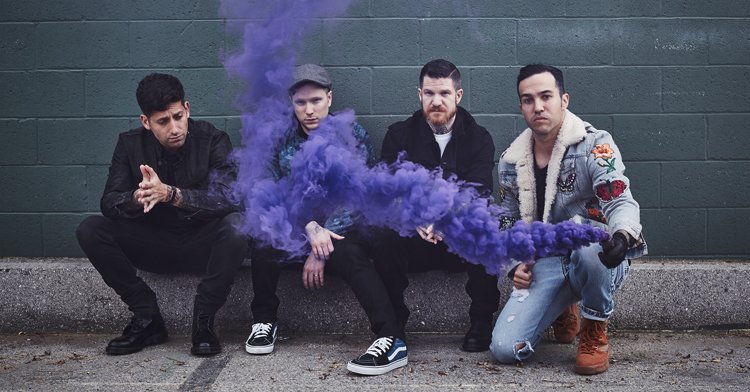 Not too long ago, we showcased some artists we believe are going to make a huge impact in 2018. These artists are most likely returning with brand new music and hopefully many, many tours around the globe. While we did showcase a bunch of artists, we haven't covered all of the artists we are excited about in 2018, so here we are with the second part!

Fall Out Boy
Fall Out Boy are finally releasing their very highly anticipated new record ¨M A N I A¨. After releasing the first single off of the record ¨Young and Menace¨, the band took a step back and delayed the release of the record from September to January 2018. Following this announcement, the band did release a fair share of new tracks from the new record, including ¨The Last Of The Real Ones¨ and ¨HOLD ME TIGHT OR DON'T¨, which are now among the most popular tracks of Fall Out Boy on streaming services. It goes without saying that the album is highly anticipated due to the fact that it's coming from Fall Out Boy, but this enormous wait for the album to release isn't dialing down the excitement whatsoever.. on the contrary.
The band will also be hitting the road following the release of the record, so stay tuned for Fall Out Boy's world domination!


Cane Hill
Cane Hill are releasing their sophomore record ¨Too Far Gone¨ in January of next year. The band put themselves on the map back in 2016 when they released their debut record ¨Smile¨ and toured the globe with Bullet For My Valentine. So far, the band has released three new tracks off of the upcoming record, and judging on those tracks, the new album is going to be massive. Stay tuned for the band's glorious return and catch them on the road with Motionless In White early 2018 through Europe.


Waterparks
Waterparks took the world by storm with their explosive debut ¨Double Dare¨ back in late 2016. This release was continued by ruthless touring with Mayday Parade, Good Charlotte, All Time Low and many more. Eventhough the busy tour schedule, the band has announced their sophomore record ¨Entertainment¨, scheduled to release on the 26th of January via Equal Vision Records. Waterparks are once again hitting the road in 2018, this time even with some headliner shows happening all over the globe. This combined with the brand new record that's coming and we have two great reasons to think Waterparks are going to rule 2018!

Black Veil Brides
There was quite the gap between Black Veil Brides' latest record ¨Black Veil Brides¨ and the announcement of the new record ¨Vale¨.
The band released their self-titled record back in 2014 and toured this record very little. Back in the summer of 2016, the band released a brand new track out of the blue, but after that, it was silent again in camp BVB for over a year. 2018 will be the year that we'll finally hear new music from the band. Their new record ¨Vale¨ is the follow-up on their 2013 record ¨Wretched and Divine: The Story of the Wild Ones¨, which is believed to be the band's biggest success so far. Besides finally releasing their brand new record, the band is also hitting the road in the new year on a massive co-headliner tour with Asking Alexandria around the globe. Are you excited for new Black Veil Brides music?


Bullet For My Valentine
When we spoke to Bullet For My Valentine frontman Matt Tuck in November of 2016, he shared that 2017 would be a silent year for the band and he couldn't have been more right. For the majority of the year, the band has been busy working on new music, which eventually resulted into recording this new music in the studio. Merely a few days ago, Bullet For My Valentine shared that the recording of their new record has been 100% finalized, meaning that new music will be released in 2018! New music often means new touring, and given the band has been announced for a few festivals already, chances are Bullet For My Valentine will be back full force in 2018!
Not too long ago, we showcased some artists we believe are going to make a huge impact in 2018. These artists are most likely returning with brand new music and hopefully many, many tours around the globe.
While we did showcase a bunch of artists, we haven't covered all of the artists we are excited about in 2018, so here we are with the second part!