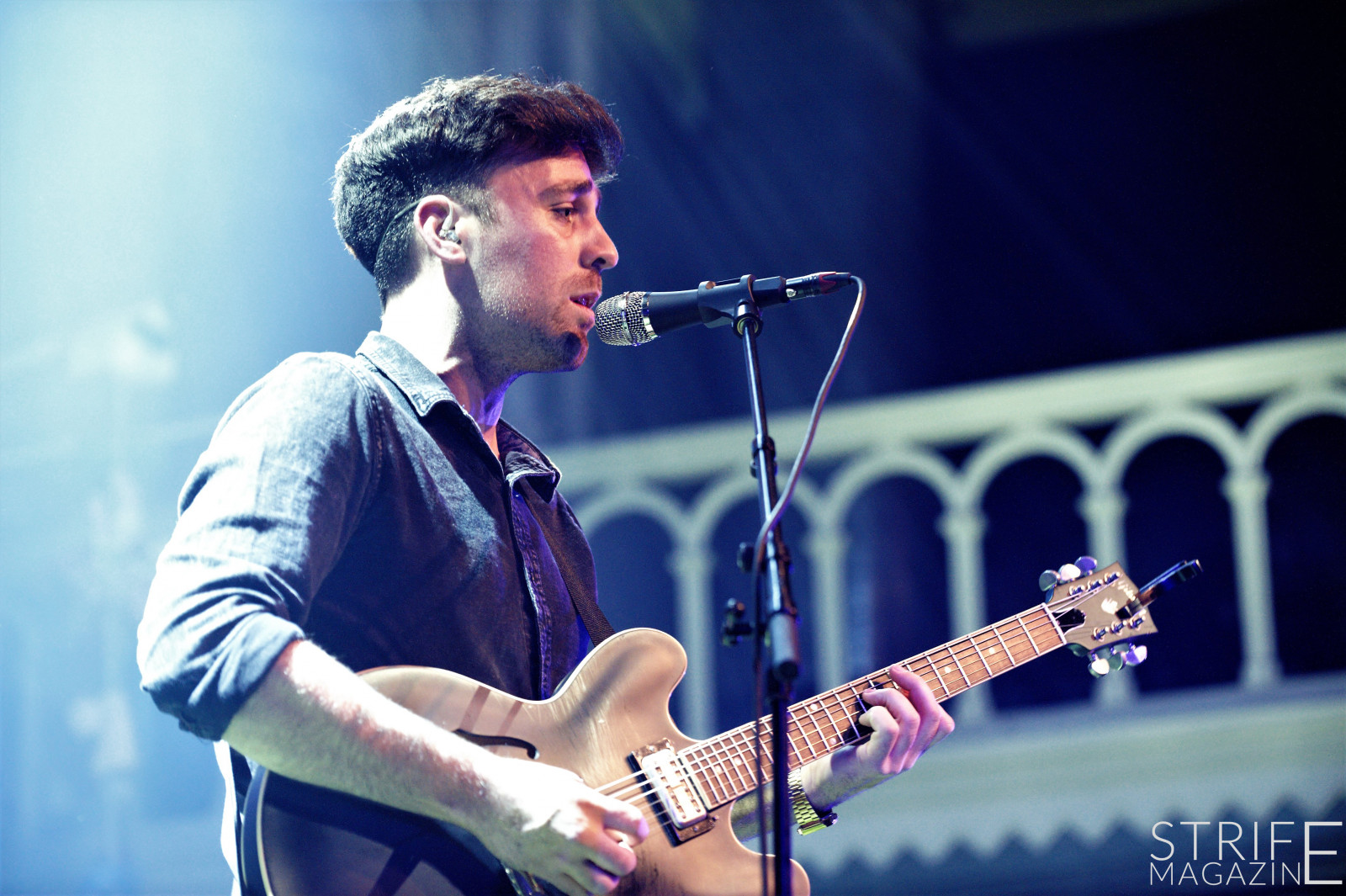 Alvarez Kings accompanied Melanie Martinez for the second time through Europe in November.
On this tour, they also made a stop in Amsterdam to perform in front of a sold out crowd in the beautiful venue Paradiso.
While they were here, we had the chance to chat with the entire band consisting of Simon Thompson (vocals), Paul Thompson (Bass, Keys & backup vocals), Sean Parkin (Guitar & backup vocals) and Richard Walker (Drums, Samples & Pads) to discuss their upcoming record, touring with Melanie Martinez again and various other topics.
As it was their second time performing in Amsterdam in front of a Melanie Martinez crowd, it became clear they made some fans the first time they came around. Many of the fans were singing and dancing along to the songs Alvarez Kings had to offer. Their sound appeals to a wide audience and will absolutely do well on bigger stages aswell. Check out the discussion we had with the guys & make sure to listen to their songs when you have a minute!

This is your 2nd tour in Europe as opener for Melanie Martinez. How has it been so far and what made you do it again?

(Simon): It is actually our third tour this year in total with Melanie. She’s never had the same opener on her shows more than once so it has been a real honour to be asked back a third time.
(Paul): The shows have all been sold out and we’ve played to some of our biggest ever crowds so that’s why we couldn’t turn down a crazy tour like that. Our fanbase has grown significantly since touring with Melanie.


You recently did a UK headline tour. How was that in comparison to opening for Melanie? Which one do you prefer?
(Sean): There’s reasons to love both. Our sound is meant for the bigger stages and it’s a challenge winning a new crowd over. But the great thing on our headline tour was the fact that it was people paying to come and just see us.
(Rich): It was very humbling, not to mention the intimacy you get performing in these smaller venues with your fans.
Stay tuned for more as Alvarez Kings said above!
Give the guys a thumbs up on Facebook right here  and jam their latest track 'Cold Conscience' below!