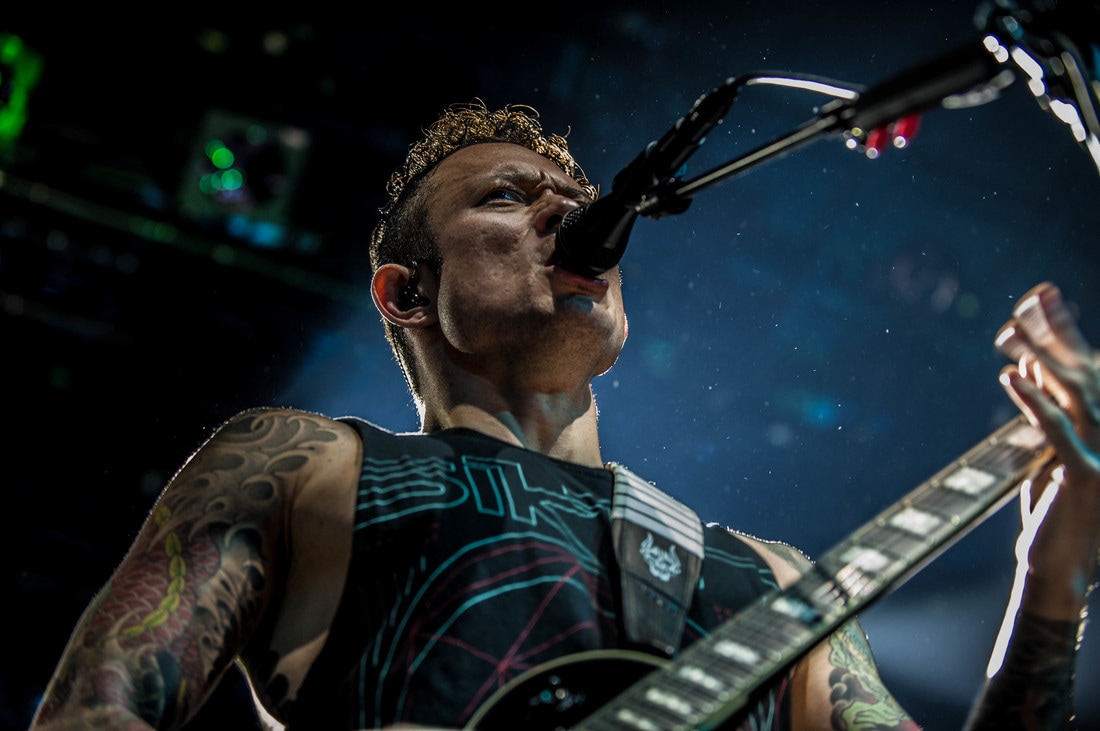 Last night, Amsterdam's famous music venue De Melkweg hosted one of the best metal packages of the year! Trivium are touring to support their latest album 'Silence In The Snow'. Besides from a lot of tracks from this record, a lot of fan favourites were played of course such as 'In Waves', 'Dying In Your Arms'  & 'Strife'.

As direct support, SikTh have been asked to join Trivium on tour.
This tour is the first time SikTh are playing in Europe, so a proper amount of attendees were also very stoked to see them perform European mainland soil for the first time.
Their performance can best be described as beautiful chaos.
A lot was happening on stage but also in the audience. Moshpits were summoned and the performance by SikTh was appreciated. Their first Amsterdam show can be written down as a success.

Opening act were SHVPES, a new band who recently released their debut album 'Pain. Joy. Ecstasy. Despair'. Fronted by a relative new frontman who joined the band in begin 2015, SHVPES are quite the live show veterans already.
In the last few years, they've opened for the likes of Bring Me The Horizon, Asking Alexandria and Crossfaith. It was no secret that they're quite the live veterans already, as their live performance was outstanding to say the least. The venue wasn't even halfway full at the time of their set, but that didn't slow the guys down. Jumping around, interacting with the crowd and even jumping into the wall of death themselves, keep an eye out for SHVPES and jam their debut record!

We witnessed all three bands and Eva van Kuik made some photos for you.
Get a taste of what the event looked like in the galleries posted below!