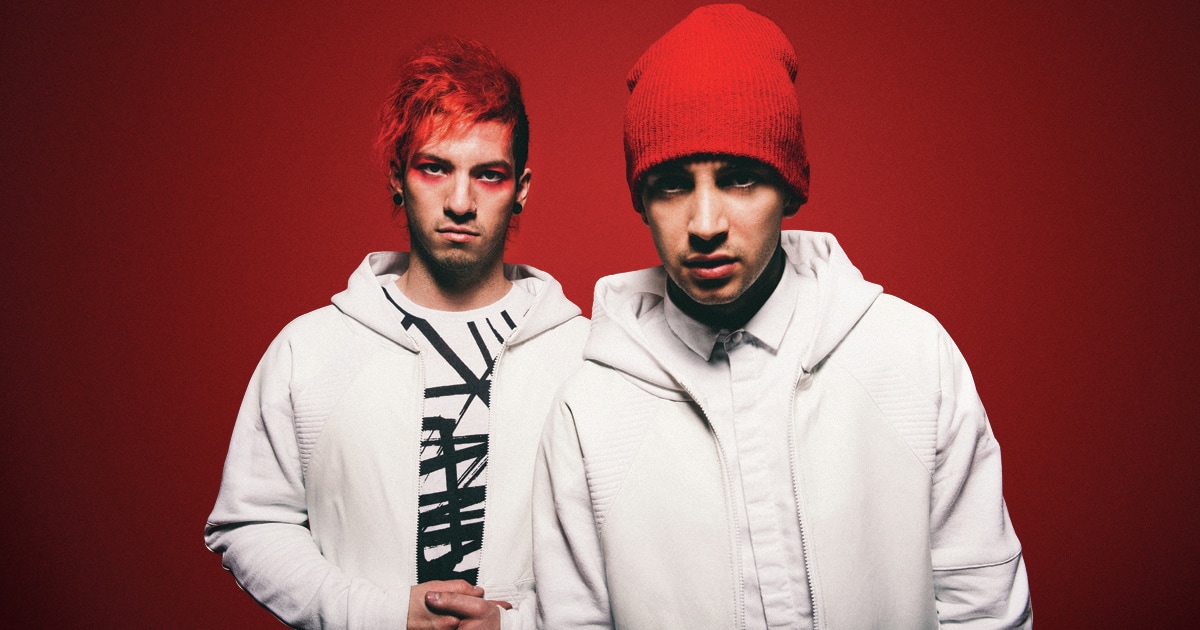 Never ones to miss an opportunity for a spectacle, the enigmatic Ohio duo who really need no introduction at this point, twenty one pilots, rounded off the final date of the second USA leg of their Emotional Roadshow tour by breaking out an early noughties classic: The Black Eyed Peas' 'Where is the Love'!
Joined onstage by their support for this leg of the tour, Judah and the Lion and Jon Bellion, twenty one pilots took us all back to the good old days of the early 2000s with what continues to be a school disco soundtrack staple, and it of course prompted a crowd sing along inside the arena! And it didn't go unnoticed by the song's creators either, who tweeted their support of the cover:
(video credit goes to @ConcertFLOTUS on Twitter)

​Congratulations to twenty one pilots on yet another amazing tour, which no doubt brings them one step closer to complete world domination! It's impossible for this song to not bring a nostalgic smile to your face and urge you to sing along, and the perfect, unifying end to a tour where the community of fans that is the Clique have been brought together more strongly than ever before.

twenty one pilots are going to be playing shows in New Zealand and Australia throughout March and April, as well as playing a string of festivals in the USA over the summer. For full tour dates, go to https://www.twentyonepilots.com/tour.