(STOP: Have you seen the tour dates for the Twenty One Pilots "Bandito" tour yet? You can find them right here. Now continue.)

​​After their seemlingly endless teasing through billboards in different cities as well as video clips of an eye in the process of opening sent through social media posts as well as their email newsletter, we finally have new Twenty One Pilots music!

And there's not just one brand new track out for us to enjoy, it's TWO! The songs are called "Jumpsuit" and "Nico And The Niners".

"Jumpsuit" comes with a new music video as well, starting where the last music video of the past era for "Heavydirtysoul" left off, with Tyler Joseph standing by the wreckage of the car that burned down.

Both tracks are from the band's new and upcoming album "Trench", which will be out October 5 via Fueled By Ramen.

This is what the artwork for the album looks like:
​ 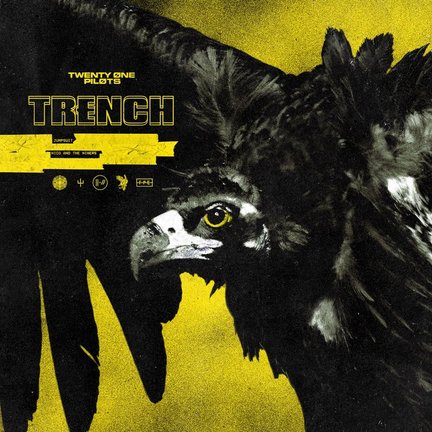 How exciting is that?! What do you think of the new songs? And the new music video? Feel free to let us know!

​You can stream them both below!
​