It has just been revealed that Twenty One Pilots are going to be performing their upcoming record "TRENCH" in full in a live capacity prior to the album even hitting the shelves.

Next month, the band will perform a special show in London, UK, which is so far the only show the band will play prior to the release of the record "TRENCH", which will release on the 5th of October. The show carries the title "A Complete Diversion", which opened speculation regarding the release date of the album. Some are saying the album will be released on the date of the London show, while others believe the show itself is the "complete diversion", given the fact it's the only show the band will play overseas for the remainder of this year

On a new poster, it was shared that the popular duo are set to perform the entire album in London, making the show even more special than originally thought.

Check out the poster in which the news was shared below! 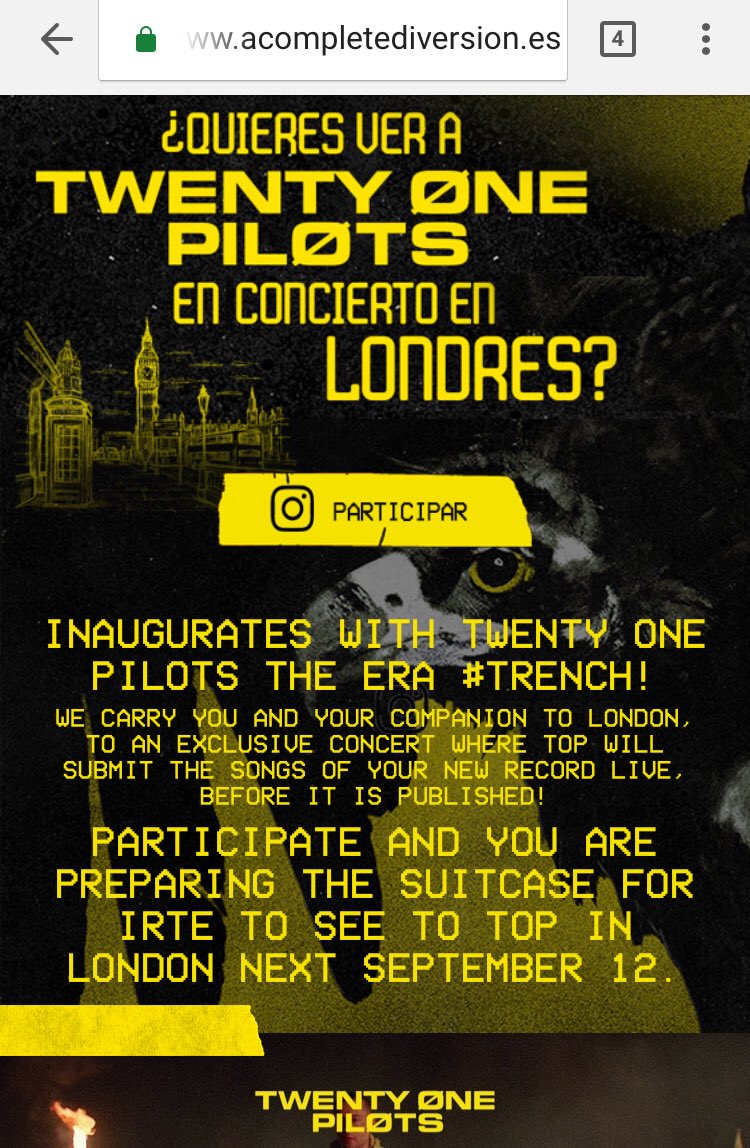