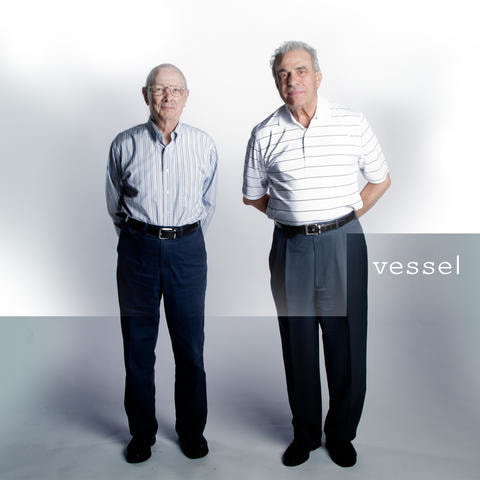 'Vessel', Twenty One Pilots' Fueled By Ramen debut album released back in 2013 and is more relevant than ever in 2017. It was recently revealed that 'Vessel' is currently in the top 10 most bought rock albums of 2017, together with their most recent album 'Blurryface', Panic! At The Disco's 'Death of a Bachelor', Metallica's most recent masterpiece 'Hardwired... To Self-Destruct' and a few others.

As if this wasn't enough proof that 'Vessel' is becoming more and more relevant in 2017, the music video for 'Holding On To You', a single off of 'Vessel' has recently surpassed 100.000.000 views on YouTube.

In addition, 'Vessel' is also getting a lot of more attention on Spotify. Where the top 10 tracks listened to on Spotify used to be all 'Blurryface' tracks and Suicide Squad single 'Heathens', the top 10 now includes two tracks off of Vessel: Car Radio (on number 4) with 164.000.000 streams and 'House Of Gold (on number 9) with 94.000.000 streams.

Guys, the Blurryface era ending doesn't mean that we're going back to the 'Vessel' era! Then again.. 'Vessel' is awesome so why not.