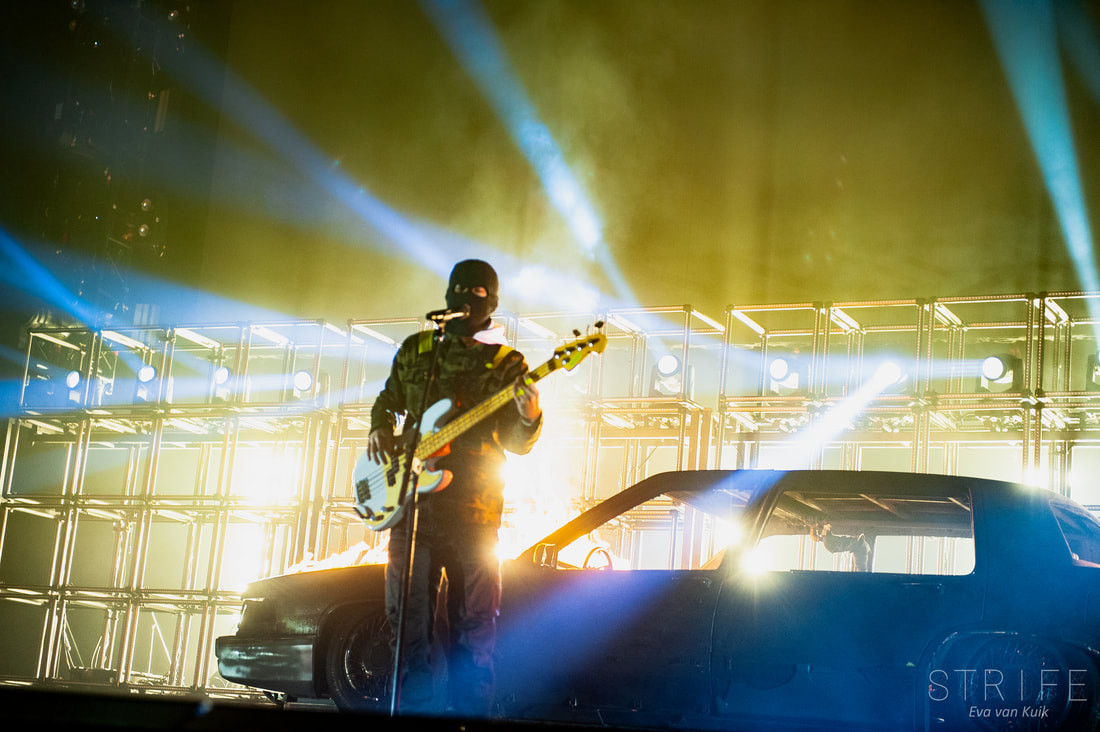 Twenty One Pilots frontman Tyler Joseph recently stopped the show to ask a front row fan if he could have their Ned doll. Tyler Joseph explained that he doesn't want it for himself, but that he wants to gift it to his niece. Here's what he said:

“My little niece – her name is Mia, and she’s a little over one year old. Whenever she gets sick or she’s tired, all she asks for – I’m not even making this up – all she asks for is Ned. Over and over again,” Tyler Joseph said. “So my sister will show her, my little niece, the video of ‘Chlorine’ and it calms her down right away. And so thank you so much for giving this to me, because I’m going to give her this – she’s always wanted her own real Ned.”

Tyler saw a Ned plush that a fan had bought and asked to have it for his niece Mia! They ended up giving her a bunch of merch! from r/twentyonepilots

The fan, later on, tweeted that she received over 300 dollar worth of merchandise from the band in exchange for the doll that was made.

Check out all the merch that was received right below!

What a great trade!