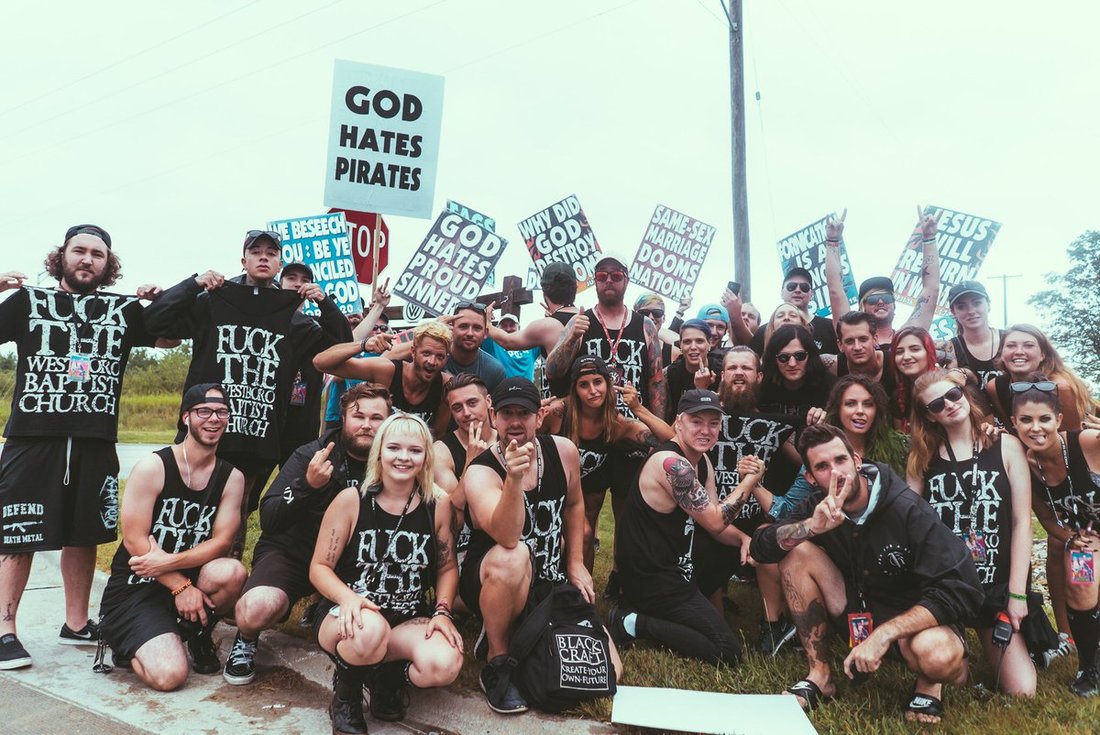 The Vans Warped Tour bands and attendees would not have it and reacted in the most powerful way possible: Peacefully protesting the protest. Here are some of the photos of artists/attendees rejecting the Westboro Baptist Church like a bad organ transplant.

"I AM THE DEVIL, AND IVE COME TO EAT ALL YOUR CHILDREN!" - @eric_prevail pic.twitter.com/PltCicl8P4

Gerardo Orozco
€ 0.17 PM
IT HELP DESK
I'm the ONE I´m a person willing to help you in every possible way. Call me.
Become The one