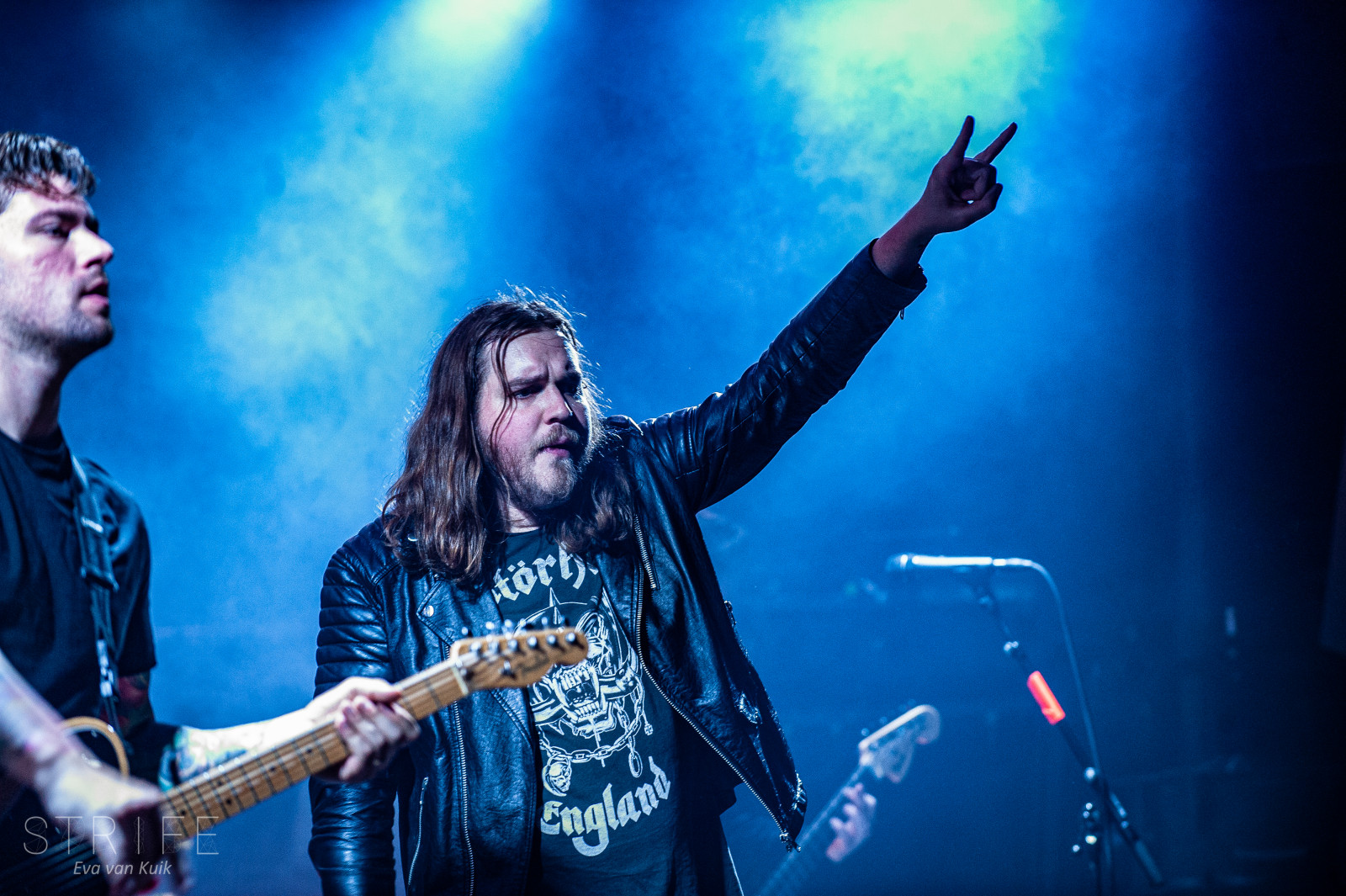 Wage War returned to Amsterdam, this time around in a venue twice as big as last year. This had everything to do with the last show being sold-out weeks in advance and the band gaining even more popularity in the last couple of months due to their incredibly popular new album 'Pressure'. For their current tour, Wage War are joined by the eccentric and pissed off band DED', as well as Australian newcomers Thornhill.

Thornhill have recently released their debut album 'The Dark Pool' via their label UNFD and with that they are joining Wage War on the road in Europe. In Australia, Thornhill have already shared the stages with heavyweights including Parkway Drive, Northlane, Polaris and many more.

Kicking off the what is shaping up to be a great evening with even greater music are the Melbourne outfit Thornhill, who were eager to showcase some songs from their highly anticipated debut album 'The Dark Pool'. Thornhill brought forth a fusion of hefty riffs and melodic vocals, both guttural and clean and brought this with passion, energy and charisma. With songs such as 'Nurture', 'Where We Go When We Die' and personal favourite 'The Haze', Thornhill gets the crowd going exceptionally well and made for an incredible opening of the evening.

Up next were the Arizona-based band DED, who are flaunting a wide array of styles of music into their music, with the core being that they are pissed off. Via Spotify, vocalist Joe Cotela shares 'If you're not pissed off, then you're not paying attention' and their music perfectly portrays this. With a very gothic/horror exterior, DED are an unapologetic force whirling through Melkweg, leaving nothing and no one standing still in its wake. Get a glimpse of what the show looked like via the photos below.

At last, headliner act and reason most of the fans came out this evening: Wage War. After seeing Wage War on numerous occasions as support act and for the first time as headliner last year, Wage War came out swinging with their show surrounding the release of the new album 'Pressure'. The band's discography already ranges three full-length album and tracks from all albums were played. With many hits among the extensive metalcore community such as 'Stitch', 'Don't Let Me Fade Away' and 'The River', Wage War played an impressive total of 16 tracks with the focus slightly to the band's latest effort 'Pressure'. Wage War are on the rise, with absolutely no sight of slowing down. Their shows are getting bigger, their songs are getting bigger and you should hop on this wagon before it takes off. Check out some photos from Wage War's all-destructive performance in the gallery below and let us know if you are thinking of attending any of the Wage War shows in the future.