The most popular and best paid freelance jobs

Although freelancing is not an option for everyone; both supply and demand of freelancers are growing. Especially among young people, working as a freelancer has become increasingly popular. 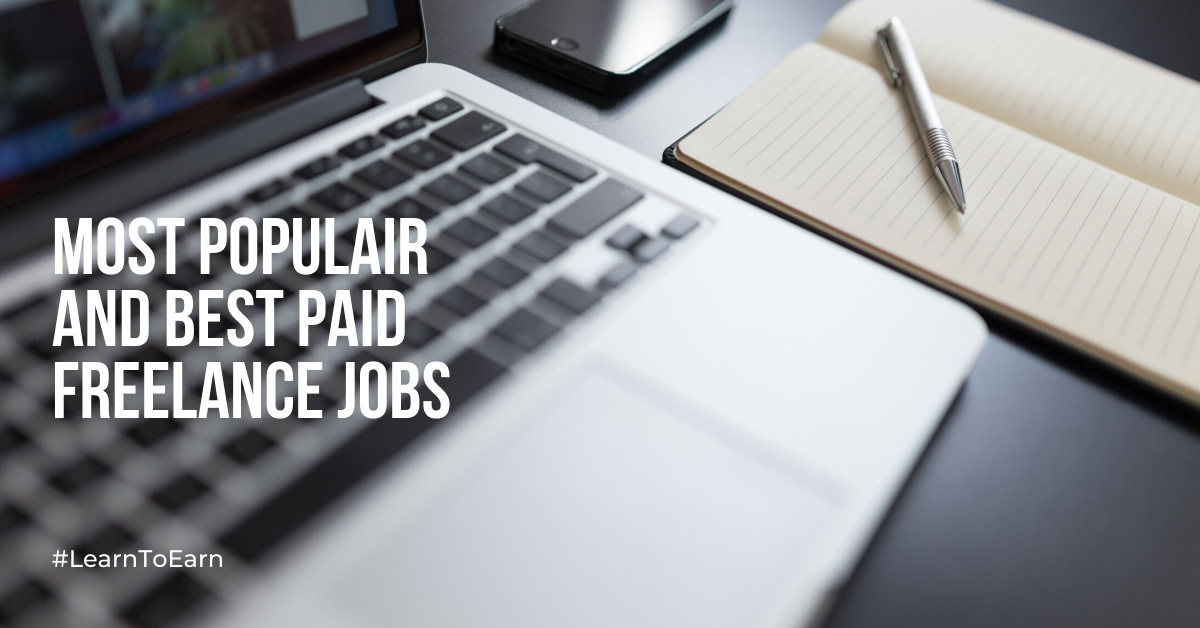 A recent survey by payment provider Payoneer showed that more than 70% of all freelancers under 35 years.

On average, freelancers earn 21 dollars per hour. That is 2 dollars more than a year earlier. But what are the most popular and best-paid freelance jobs? Because not every freelancer can ask the same amount for the work to be done.

The most popular freelance jobs are web design and programming

Especially from countries such as India and Ukraine, many web designers and programmers offer themselves. Often for much lower hourly wages than in Europe or North America, they claim to deliver the same quality.

Of all freelancers, 30% are web designers. This group has an overlap with programmers who represent 19% of the total number of freelancers. The overlap is because many programmers also do the Webdesign, and some web designers can also do a bit of programming. Especially with the help of website development platforms like WordPress, Wix, Weebly, and Basekit the work is more and more overlapping. 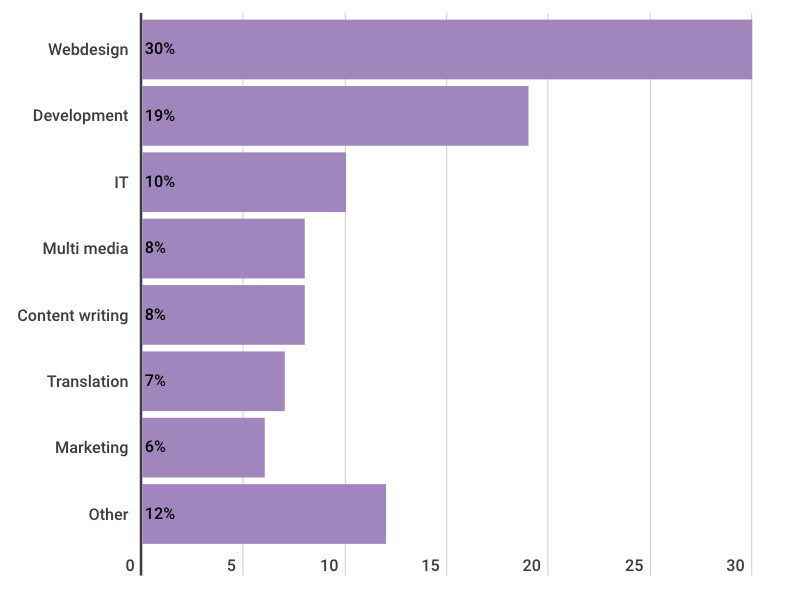 Slightly less popular are IT work (10%), Multimedia work (8%), and content writing (8%). Translation activities (7%) and marketing activities (6%) are respectively in 6th and 7th place.

Freelance developers earn an average of $25 per hour more than website designers. These, on average, earn $19 per hour. With $28 an hour, a freelance project manager earns the most, but that group represents only 2% of all freelancers.

Content writers earn an average of only $15 per hour, and administrative work is paid the least with less than $10 per hour. The latter group also consists of only 2% of all freelancers.

The shift of working remotely as a freelancer

There are still a few figures known, but it is clear that working remotely as a freelancer is also becoming increasingly popular. Thanks to platforms such as TheONE, you can serve clients from anywhere in the world via video connections. However, you can clearly see a shift in supply and demand for the sort of work.