Do people really dare to say what they stand for?

Various social experiments have shown that it is not at all easy for most people to express their own opinions. Certainly not if their opinion or point of view deviates from the majority. 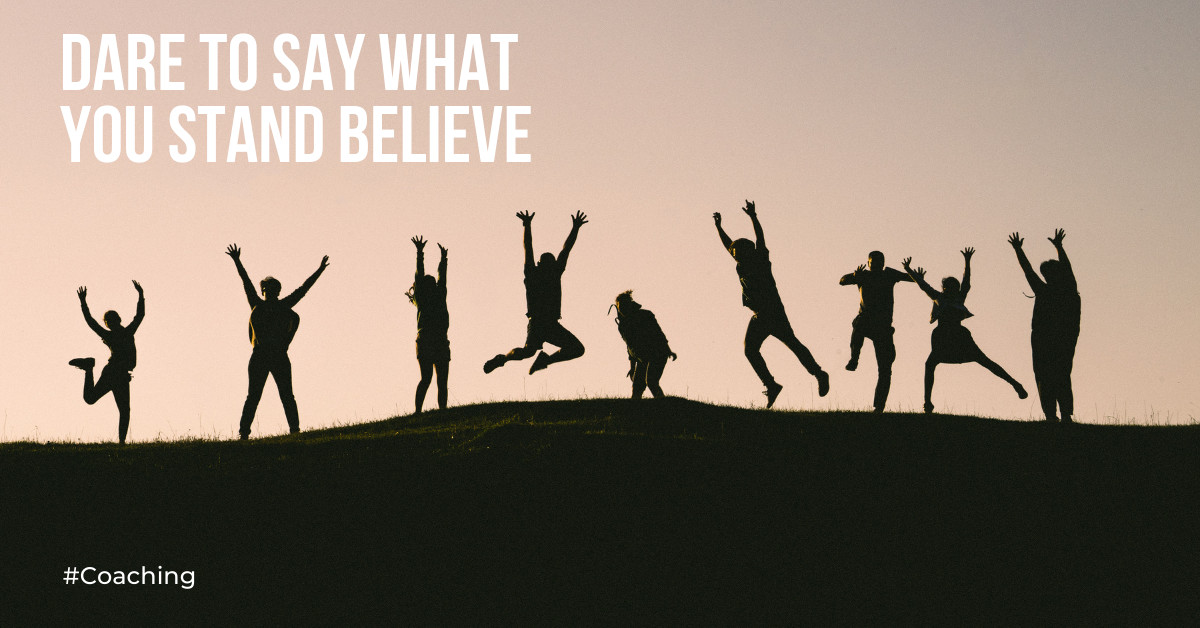 In an experiment in which a group of people does something nonsensical, it turns out that the majority just joins in, without knowing exactly what it is now. This is called social conformity.

In the recording below, which takes place in a waiting room, actors suddenly stand up after hearing a sound. The test subject who is involved and who knows nothing follows the behavior of the group without thinking.

We want to belong to the largest group

During the U.S. elections in 2016 and 2020, no one expected Trump to receive so much support and votes. That was initially blamed on the wrong polls, but how can so many different polls be wrong?

Trump is a controversial person. Most supporters and opponents agree on that. Because Trump is like that, he doesn't fit within the 'normal' group behavior and people can be reluctant to come out and support him. Could that have been the reason why he unexpectedly received twice as much support as predicted beforehand?

For or against the measures of Covid-19

In many countries, there were groups of people opposed to all or many Covid-19 government regulations. This was mainly about closing restaurants and stores, wearing mouth caps, and not being allowed to get together with more than a certain number of people.

Thanks to media campaigns and legislation, each country managed to get a large group of supporters for their policies. Those who opposed them were dismissed as conspiracy thinkers or rebels. Even when high-level scientists, doctors, virologists, and psychologists explained with facts why the measures were not necessary, most advocates did not want to conform.

This, too, has a lot to do with group pressure. If the majority seems to find something, we prefer to join them. Even if the contrary can be proven.

In some countries, for example, only non-medical mouthpieces were allowed to be worn and this was even mandatory on the streets. Many people did not wear a mouth mask because it was mandatory or because they had any belief in the effect of it. They wore the mask out of solidarity with the apparent majority.

Persecution of Jews and group pressure during WWII

When the first signs of the mass extermination camps for Jews came out, most people did not want to believe this. There were even whole tribes who thought it wasn't so bad to live under German rule in their occupied territory. Let alone that those nice Germans would want to mass exterminate the Jews.

Even when there was more and more evidence that such camps were killing millions of people throughout Europe, the majority could not believe it. It was such an absurd idea that the Germans would do this and if it were true, the majority would believe it was public opinion at the time.

So they waited to believe something that had been proven by now until they were convinced that the majority was convinced as well. Only a few stood up and went underground with the resistance. These were the people who wanted to be honest with their own truth and not succumb to group pressure. Unfortunately, most of them did not survive this, but thanks to them we live in a free country in Europe.

What played a role during both the Covid-19 and the Second World War was the pressure from the authorities at that time. Whether they were dictators or elected leaders, many people preferred to follow a leader rather than their own truth.

In the first place in order for them to believe that they belong to the majority and in the second place out of the belief that authority always makes the best choice. Again and again, the same phenomenon occurs that one follows a leader, until the moment it appears that there is a majority that opposes the leader.

We have seen this, for example, in Iraq, Egypt, and Lebanon. The biggest supporters of the leaders in those countries suddenly turned against the same person. Not because the leader suddenly did something else, but because the group of opponents was the largest.

When it comes to authorities, people can follow like sheep. Even if they know that there are better alternatives, they will tend to listen rather than believe in their own ideas. In addition, the worse the crisis, the more support, help and advice are wanted from the authorities. In times of crisis, many people lose the capacity for self-reliance and trust in their own common sense.

Over the past few decades, polarization has increased in the west. You belong to one or the other group that is often referred to as 'left' or 'right'. Speaking out for the minority group can, in some circumstances, cause major problems and even conflicts. Gradually we learn to think in black and white, which makes differences seem almost impossible to overcome.

There is a great danger in the emerging polarization. It forces us to look for social conformity in one or the other group. Out of fear of being rejected, we, therefore, join one group openly, while deep down we also can feel sympathy for the other group.

This brings many of us a stressful internal conflict. If you do one thing while you actually want the other, we are no longer congruent with ourselves and that can lead to great stress, fear, or even panic attacks. We are, as it were, lost and that usually causes highly undesirable behavior for ourselves, but sometimes also for others.