Groesbeek is a small town in the Netherlands with less than 12,000 inhabitants that has been put on the world map by agricultural pioneer Wouter van Eck. In 2009, together with Pieter Jansen, he bought a barren cornfield and started with what has now grown into the largest natural food forest in Europe. Inspired by the so-called natural 'forest gardens' that are very common in the tropics, he planted, according to the same principles, a natural forest with large and small trees, shrubs, climbers, crawlers, and herbs. A polyculture that grows by itself and requires no maintenance.

Van Eck wanted to combine agriculture and nature, and his expectations have been far exceeded. Hundreds of trees, shrubs, and plants now form a rich food forest where not only new species of flora and fauna appear every year, but also soil fertility increases. And all this without having to spray fertilizer or add anything else. The food forest is now an inspiration for farmers, nature lovers, and government officials because it shows how we can deal with nature and agriculture in an alternative way. Because of his success, Van Eck gives many courses and is now also creating new food forests in other parts of Europe.

Of course, food forests are nothing new. Nature creates them on its own, but the urbanization and current way of agriculture of the past few decades destroyed this natural habitat. By bringing these food forests back to life, insects return to the landscape and nature contributes more to getting CO2 from the air into the soil, so that the harvest, thanks to the healthy soil, ultimately yields more than traditional agriculture. 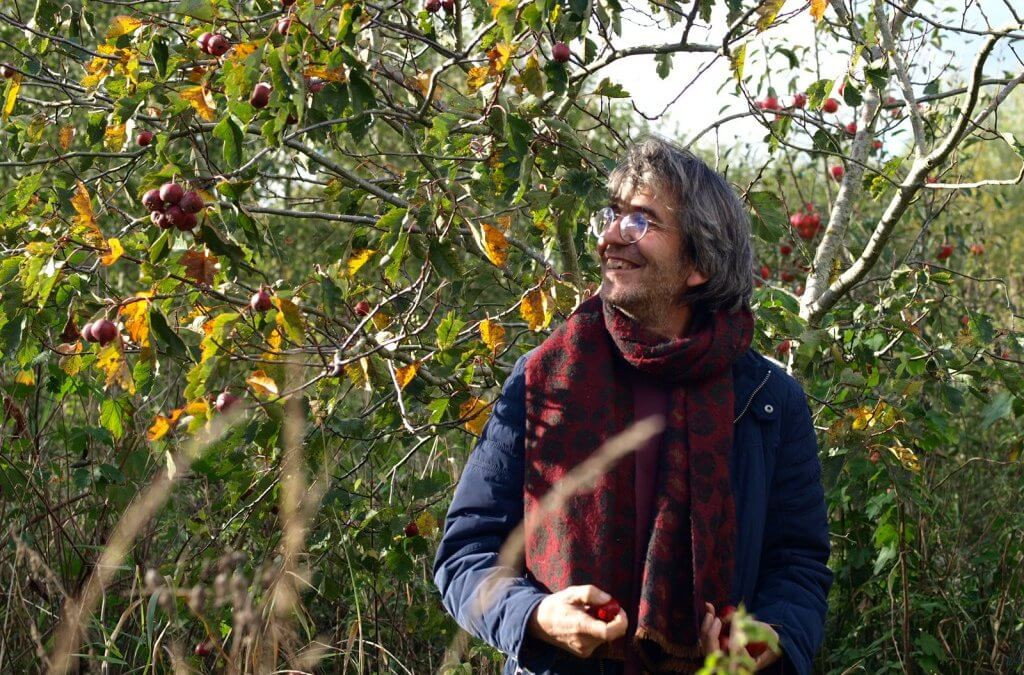 Our current agricultural damages our environment

The United Nations climate panel, the IPCC, is clear in its most recent report. To limit the damage of climate change, agricultural and environmental policies need to be more sustainable. Van Eck says he has a lot of respect for the hardworking farmers, but he also believes that new innovations should be explored. With the current way of agriculture, insects are dying out, we are exhausting the soil, and we are contributing to the current climate problem. A solution has to be found for this, and his food forest is a great candidate to be the solution for future generations.

The essence of a food forest

The essence of a food forest is to grow trees and shrubs in a natural way, most of which produce food. For example, fruits, nuts, and edible leaves. Van Eck's botanical project now includes more than 400 edible species, the yield of which is ten times higher than that of conventional agriculture without the need for human intervention. His success has already earned him the title of rural pioneer 2019.