How to always make photos that are sharp?

A common problem is focus/sharpness when taking a picture. In this explanation, I will not go into the technical part, how focusing works on the camera. I also assume that the intention is to get sharpness in the picture. Deviation has its beauty, as well. What I will pay attention to is how you can prevent an image from being unsharp. 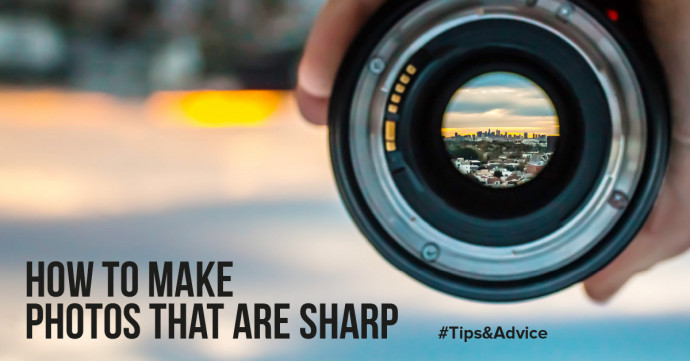 Unsharpness as a result of motion blur

Here I use as an example of my experience in handball/sports photography. Often the light is not optimal in a sports hall. It often causes you to sit higher in your ISO (=light sensitivity). The direct result is that there is noise in a photo. Increasing the ISO number means that you can also use faster shutter speed.

In the beginning, I 'squeezed' my ISO enormously, because of this, shutter speeds of up to 1/125-1/250 were possible in a hall. In my inexperience, I thought that it should be enough to make my images. Well, not at all... There was still a lack of sharpness. Unfortunately, at the expense of the noise, which is less disturbing than a sharp picture, I increased the light sensitivity to 3600-6400 ISO. As a result, my shutter speed could be much shorter, up to 1/1000. It freezes the motion of the player. So I had reached my goal.

Unsharpness as a result of an unstable camera

If the circumstances force you to do so, look for tools such as a tripod or other stable object on which you can mount or hold the camera. Oh yes, when using a tripod, turn off the stabilizer! Strange (or not really), but in those cases, it causes motion blur. The explanation of this goes too far for this article.

In my article about depth of field/aperture choice, I also wrote something about how you can use the properties of the lens to achieve an acceptably sharp image. It is called a hyperfocal distance setting.

Unsharpness as a result of the change of your focus point

Well, then you have chosen your settings. Sufficiently short shutter speed, the ISO is set as desired, as well as your aperture choice. You determine your subject, focus on it, and make some changes to the composition. Argh, just before taking the picture, the focus point changes.

The reason often lies in the function assignment on your camera. By default, it is set in such a way that the sharpness adjustment function is also under the shutter release button. So when you press the shutter release button, the camera is also instructed to refocus. You don't do anything wrong, the camera doesn't do anything wrong, but the result is also not satisfactory. It is a setup error.

There are two solutions.

All right, the back-focus button; this button is on the back of your SLR camera. As a rule on the right side at thumb height. Remove 'focus function' from the shutter release button and only use that back-focus button. The moment this is in your system, you will notice that these inconveniences are gone. Each button has its function, and you use it when you want/need it.

All the pictures in this article are from me. Of course, this (and the text) are copyrighted. I enjoyed writing this article. After all, sharing knowledge is multiplying knowledge. Take advantage of it, but above all, have fun in photographing.