The corona video calling virus and why we're innovating now

I may be getting a bit old already because I'm still from the period when I was one of the first with such a handy mobile phone call of 3 kilos. It wasn't called a smartphone back then, because it was anything but Smart and only sometimes served as a phone. That depended on whether or not there was a tower somewhere.

Five years later, an interview was held on the street to find out if people in the Netherlands needed a mobile phone. The answers were unanimously hilarious. Whether or not the interviewer was in his right mind if an answering machine wasn't good enough and if it wasn't a bit antisocial to go out and call in the street just like that! 2 years later, 94% of the adult Dutch had a mobile phone. 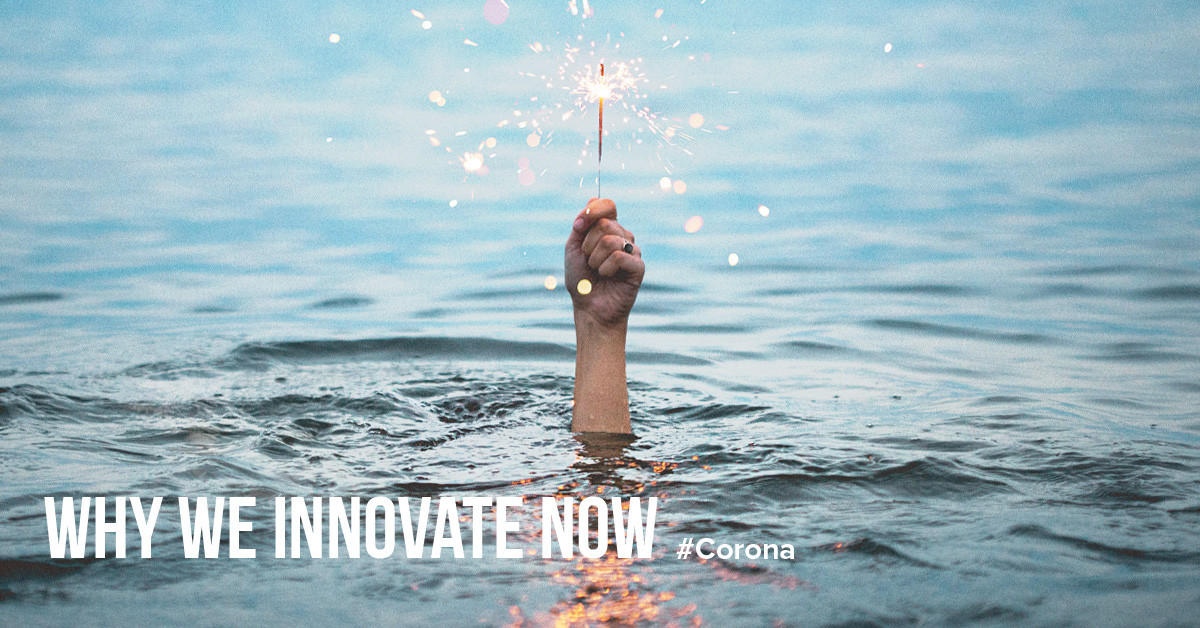 I may be getting a bit old already because I also come from the time when my first company had a website while only 30% of the Dutch had access to the Internet. The Internet was handy for emailing; people thought at the time. An email helps to save fax paper.

Because my company also made sites for others, I was more often laughed at and waved away than embraced because of the offering of new technology. That five years later no company would still have a right to exist without an informative or e-commerce site, which could not be thought of at that time.

I may be getting a bit old because I also come from the age when Facebook was still a student site used to rate nice female fellow students on their appearance. (Unfortunately, some people still use the medium for this purpose). When I told as a marketing and communication specialist that a company might benefit from this, the reaction was invariably the same. I should only dream in my spare time with my own friends. The answer was to give a bit of professional advice for the money they were paying!

The fact that less than five years later, 60% of the companies suddenly had their own Facebook page and were therefore hopelessly behind the facts of the pioneers, didn't surprise anyone at all.

We don't care about social entrepreneurship!

I may be getting a little old because I also come from a time where static hierarchy, processes and procedures, and profit were the foundations of a company. Slack talk about social entrepreneurship, doing something back for the environment or society made you end up in the corner of insignificant left-wing rascals.

Telling that people themselves really do know what needs to be done and that hierarchy doesn't motivate was already kicking the wrong tree. Let alone wanting to take a close look at existing processes and procedures to see if there was something wrong with that. At the time, even saying something like that was considered the death penalty. That five years later, every self-respecting company was engaged in meaningfulness, social entrepreneurship, process minimization, and having an eye for people, society and nature, is something no one could have suspected.

I may be getting a bit old already because I also come from the period when I was one of the first to install Skype. Thanks to the slow internet connection, I could just distinguish the contours of the person's head on the other side of the line from the background. Arguments as to why this could be the new way of working were ignored because personal contact was all that matters.

That five years later, everyone in the tram, the train, on the couch, or in the sauna where Apping or redesigning their Facebook timeline no one expected. There was little left of the argument that personal contact is the only thing that counts. Nor could anyone who made that argument have suspected that video calls were being embraced by all social networks and would now become the most normal thing in the world.

I may be getting a little too old because I feel like I'm living in a world I don't understand or never understood. I will give two examples:

We saw opportunities for doctors, animal clinics, consultants, marketing gurus, lawyers, and so on. Do you know what the answer was when we asked to take advantage of this opportunity? We don't need that! It's going to be okay.

Long live the Coronavirus that forces us to innovate!

But all of a sudden, there's the corona video calling virus. Everybody's in need, and innovation has to happen. Not because they wanted to innovate themselves, but because it has to be done out of sheer necessity! I saw a post from a yoga teacher today.

Every Thursday, there is a live yoga session via video calling. She still had to figure out how to do it, but if you wanted to join, you could send her a personal message. It was the same person I spoke to a month before if Yoga lessons through our platform could be anything and told me: "No, sorry, I don't believe this can ever work".

The same story happened to me with an old friend of mine who has a successful real estate agency. "Would it be something for you to do live video calls for people with limited time? Or for expats, for example?" The answer can be guessed, because that was never going to work, of course.

Today she is in the news that as a certified real estate agent, she now also does virtual viewings via live video calls. A huge success, even when the Coronavirus is behind us, they think.

Why do better when it's easy?

I have the advantage that I have always worked in marketing and communication. We have to come up with innovations and improvements. That's how we earn our living. But after 25 years of struggling with people who often prefer to do something easy rather than better in the long run, you're sometimes about to give up the fight. I'm not old. I only feel old because of all those pointless struggles with people who want to keep everything as it is.

And then suddenly there's the Coronavirus. Suddenly they need something else. Suddenly there's panic. To make matters worse, all of a sudden, the government feels sorry for all those co-entrepreneurs who didn't want to use new technologies and are now in trouble. Why should our taxpayers' money be used to compensate for the lack of timely innovation for so many self-employed people and companies? If they had innovated earlier, for most of them, nothing significantly would have changed.

But that is probably something we will find out in 5 years.